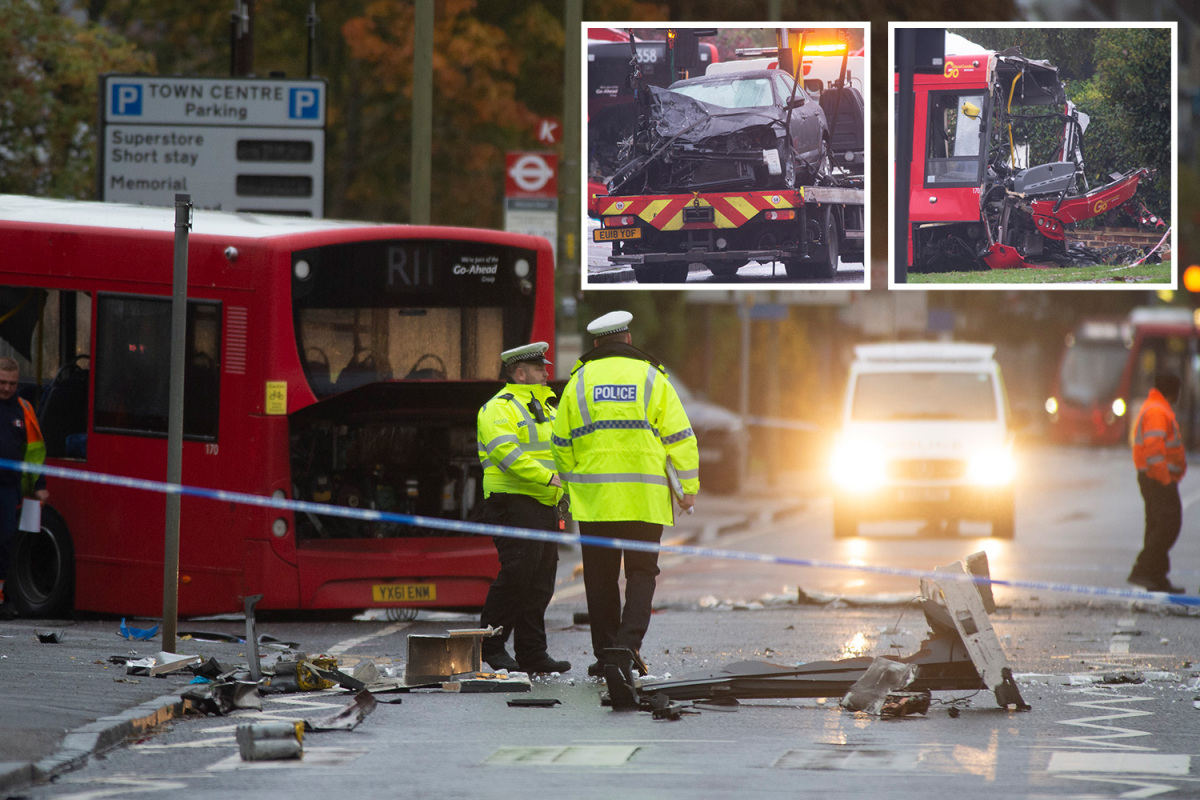 ONE person has died and 15 others are injured after a horror smash between two London buses and a car last night.

Photos from the scene in Orpington, south east London, show the two single-deckers mounted on opposite pavements and a mangled black car in the road, with wreckage strewn over a large area.

Early today Scotland Yard said the car driver had been arrested on suspicion of causing death by dangerous driving.

The force also confirmed one person was pronounced dead at the scene while 15 others were treated by paramedics in Orpington, South East London.

Three of the victims suffered serious injuries and the remaining have minor injuries, police confirmed.

One horrified witness told The Sun Online the buses were traveling in opposite directions when they plowed into each other.

Mark Jeffries said: “It was really horrific – the buses collided and then the car drove through the middle of them.

“One person was thrown through the window on one of the buses and it looked like people on the pavement were hit.

“The sounds were horrific – you could hear the screaming.

“There were children being comforted on the pavement as some had been out trick or treating on the road.

Dozens of police, firefighters and ambulance crews rushed to the scene after the horror just after 10 PM.

Road closures are currently in place on Sevenoaks Road with drivers being urged to find alternative routes.

The London Ambulance Service confirmed they had now left the scene with the wounded taken to hospital.

It came two hours aftera 12 – year-old trick-or-treater was hit by a car moments after its driver was shot in the facein Croxteth, Liverpool.

For the latest news on this story keep checking back at Sun Online.

Kyle should be prosecuted most hated guest says, after foul rants were EDITED OUT

Hunt for missing brothers , aged 3 and 4, ‘taken by their sex offender dad’

Girl, 7, trick-or-treating in bumblebee costume is shot in the chest

Download our fantastic, new and improved free App for the best ever Sun Online experience. For iPhone clickhere, for Android clickhere. 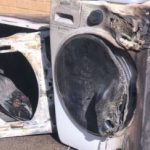 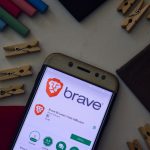