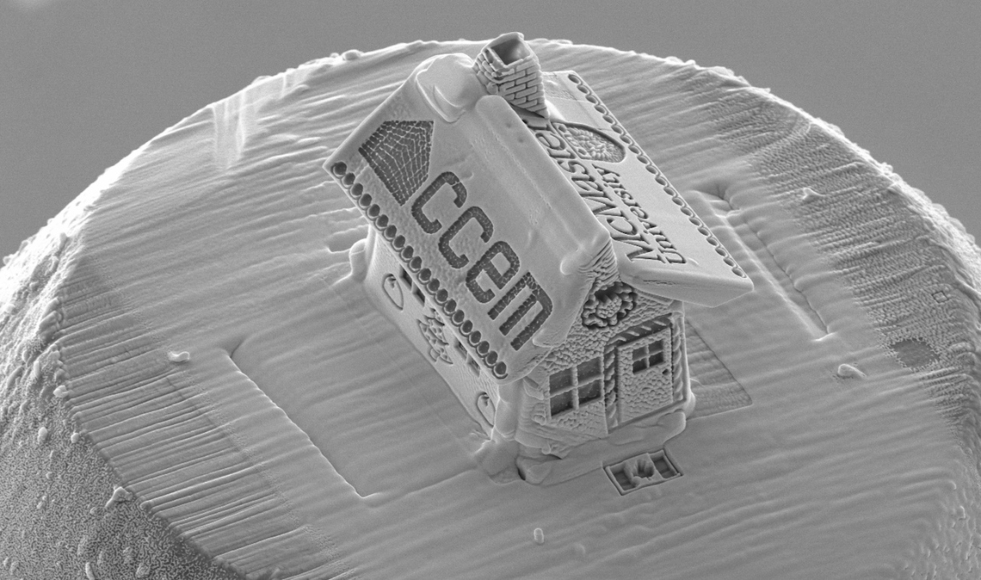 Above is a scanning electron microscope image of the world’s smallest house, according to its creator Travis Casagrande of the Canadian Center for Electron Microscopyat McMaster University in Hamilton, Ontario. It was assembled from pieces of silicon and the decorations were carved using a beam of gallium ions. To give you an idea of ​​how small it is, the chimney opening is about 1 micron across. The house sits on the head of a tiny silicon snowman and the sculpture was made using a focused ion beam microscope that Casagrande normally uses to prepare even smaller samples for use in the center’s powerful transmission electron microscopes.

“I think projects like this create science curiosity,” Casagrande says. “Looking into how this was made leads to more interest in science, and that builds more science literacy, which allows everyone to make better decisions.”

Watch this videoto learn more about how the house was made.

Sometimes all that Is needed for a memorable image is an abstract shape and a nice color scheme. The above photograph shows a guidewire being manoeuvred by magnets through a life-sized model of arteries in the brain. Developed by team of researchers at the Massachusetts Institute of Technology, thenew surgical toolcan wind its way through some of the narrowest twisting networks of blood vessels to help treat stroke and aneurysm. Using hydrogels and magnetic materials, they have created a magnetically steerable guidewire that can slide easily through blood vessele ls to reach blood clots in the brain.

From left to right, precursor molecule C O6, intermediates C (O4 and C) O2 and the final product cyclo [18] carbon C 20 created on surface by dissociating CO masking groups using atom manipulation. The bottom row shows atomic force microscopy (AFM) data using a CO functionalized tip. (Courtesy: IBM Research)
Seeing is believing, which is why I have included the above atomic force microscope images of a ring of 20 carbon atoms and its precursors. This image of thehotly debated carbon ring allotropewas taken b y researchers at IBM Zurich in Switzerland. engineers successfully connected the two halves of NASA’s $ 8.8bn James Webb Space Telescope(above) for the first time. Engineers at Northrop Grumman’s facilities in California used a crane to lift the Mirror and science instruments onto the sunshield and spacecraft. Now that the observatory has been mechanically connected, the next steps will involve electrically connecting the halves, followed by testing those connections. Engineers will then fully deploy the intricate five-layer sunshield, which is designed to keep the telescopes’s mirrors and scientific instruments cold by blocking infrared light from the Earth, Moon and Sun. 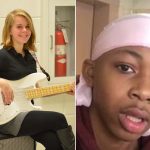 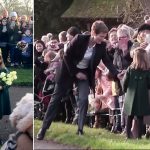