The drones that came from Pakistan can carry up to 5 kg, say sources (Representational)

A large number of AK – 47 assault rifles and grenades dropped in Amritsar by heavy-lifting drones that came from Pakistan, just across the border, was for terrorists to create trouble in Jammu and Kashmir, sources in the Punjab Police have told NDTV.

The drones carried out eight ‘sorties’ in 10 days this month to drop the weapons, including satellite phones, on Indian soil, the sources said, asking not to be identified. These flying machines can carry up to 5 kg and they flew fast and low to evade detection, sources said.

The recovery of the satellite phones, which are banned in India for civilian use, is a giveaway that the weapons were meant to be delivered to terrorists in Jammu and Kashmir where partial restrictions are still in place, sources said.

“The drone made around 10 visits to drop the entire consignment on the Indian side and yet remained undetected. The consignment contained five satellite phones , which hints that the delivery was meant for Jammu and Kashmir since mobile internet connection is still snapped in the valley, “said a senior police officer, asking not to be identified.

Four terrorists of the Khalistan Zindabad Forcewere arrested at Punjab’s Tarn Taran districton Monday. All the weapons and fake notes worth Rs 10 lakh were recovered from them.

A half-burnt drone was recovered by policemen in Tarn Taran, sources said. The terrorists burnt the machine after it failed to fly back to Pakistan, they said.

The counter-intelligence team of the Punjab Police made a similar recovery of arms in August in Amritsar, near the border with Pakistan.

“We have observed that smuggling from the Pakistani side has increased since the center’s move on Jammu and Kashmir,” the police officer said.

The state police have asked the National Investigation Agency to probe the case.

” Recent incidents of Pakistan-origin drones dropping consignments of arms & ammunition is a new and serious dimension on Pakistan’s sinister designs in aftermath of the abrogation of Article 370. Request @AmitShah ji to ensure tha t this drone problem is handled at the earliest, “the Chief Minister tweeted.

Recent incidents of Pakistan- origin drones dropping consignments of arms & ammunition is a new and serious dimension on Pakistan’s sinister designs in aftermath of the abrogation of Article 370. Request@ AmitShahji to ensure that this drone problem is handled at the earliest.

Drones are commonly used at border areas by the armed forces of both India and Pakistan to spy on each other as they are lightweight, easy to operate and relatively inexpensive. More than one Pakistani surveillance drone has been shot down by India in Rajasthan and Gujarat’s Kutch region this year. However, using heavy-lifting drones to deliver weapons adds a new threat in modern warfare.

GetBreaking news, live coverage, and LatestNewsfrom India and around the world on NDTV.com. Catch all the Live TV action on NDTV (x7 andNDTV India. Like us onFacebookor follow us onTwitterandInstagram(forlatest newsandlive newsupdates. 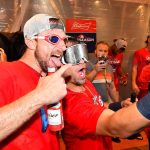