Ram Nath Kovind will be on a visit to Iceland, Switzerland and Slovenia from Monday

According to news agency AFP, Mr Qureshi attributed the reason for its decision to India’s “recent behavior” on bilateral issues. India, however, contends that its decision on Jammu and Kashmir was a strictly internal matter that Pakistan has no right to question.

Ram Nath Kovind will embark on a tri-nation trip to Iceland, Switzerland and Slovenia from Monday, during which he is expected to brief the top leadership of those countries on issues such as cross-border terrorism.

According to Mr Qureshi, the unusual decision to deny President Kovind permission to use the country airspace was approved by Pakistan Prime Minister Imran Khan in view of the Kashmir situation.

Pakistan had closed its airspace to Indian traffic after an aerial dogfight following the Pulwama terror attack in February ratcheted up tensions between Islamabad and New Delhi. However, it reopened its skies in July, ending months of restrictions that affected major international air routes.

President Kovind will first arrive in Iceland on September 9, where he will hold talks with Iceland President Gudni Johannesson and Prime Minister Katrin Jakobsdottir. He will then visit Switzerland from September 11 to 15, spending his days meeting Swiss President Ueli Maurer and members of the Swiss cabinet.

Ahead of President Kovind’s visit, the Swiss government said in a release that the Kashmir situation will be among the issues likely to be discussed during his interactions with the country leadership.

(With inputs from PTI and AFP) 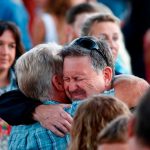 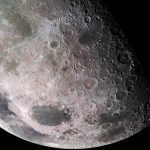