FURIOUS parents have questioned why a Devon nursery remained open for four months after cops received an allegation of sexual abuse.

More than 100 families have been giving a warning from police over fears a number of youngsters aged two and over may have been assaulted.

Police trawled 250 hours of CCTV at Jack and Jill Childcare in Torquay.

They received information relating to the allegations at the nursery on July 29 this year – but the decision by Ofsted wasn’t made to close the nursery until last month.

Parents have now expressed their fury at keeping the private nursery open despite the allegations.

One said they were only told more children could be involved last week – despite reassured the allegation in July was “isolated”.

They added: “The management need to be held accountable for the complete negligence in failing to view daily footage and for allowing a young member of staff alone with these children.

“The incident happened in July and was allowed to remain open. Only on Thursday 24 th October were they closed by Ofsted And Sunday were we informed of all of these further incidents.

“Something has gone majorly wrong when they had that amount of evidence on CCTV but had only been realized recently it was there.”

“The incident was described as isolated and I had multiple conversations with management who assured me it was isolated, this means they’d obviously made no effort to view this prior to making the decision to remain open.”

One mum, whose children were not abused but did attend the nursery, said: “The police rang me over the weekend and asked me questions about the children.

“I think the owners were able to tell the police which children have been potential victims.

“I was asked if the children’s behavior had changed or if they were any issues.”

A male teen who worked at the nursery was arrested but later released on bail until November 22.

He is not allowed near the nursery while on bail and has been moved out of the area.

Letters have been sent to the parents of 52 pupils at the nursery – with specialist officers visiting mums and dads of those believed to be victims.

Acting Detective Chief Inspector James Stock, of the Public Protection Unit said: “As a result of CCTV enquires, a number of children aged 2 have been identified as potential victims of contact offences.

“These appear to be the actions of a lone individual and the offences do not involve the taking or distributing of any images.”

The nursery is just 33 miles from where Little Teds nursery worker Vanessa George, who is feared to have abused up to 64 children and shared photographs of them with other perverts.

George, who has now been released from jail, always refused to name her victims, leaving distraught parents in limbo.

But cops said today the probe is not like the chilling case and no indecent images were taken or shared.

The alleged sex abuse is understood to involve “contact” from the suspect to the toddlers and young children.

P olice also do not believe the abuse took place outside the nursery and say members of staff were not aware.

The privately-run childcare nursery takes children from birth to five years and ran for 51 weeks of the year.

After the inquiry was launched, police uncovered “a number of concerns around safeguarding matters” and on October 24, Ofsted suspended the nursery’s license. 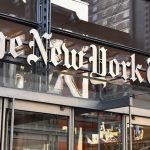 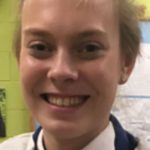