REXBURG, Idaho – A Rexburg attorney representing Chad and Lori Daybell says he is in contact with the couple but has no information regarding the whereabouts or welfare of two of their children – 7-year-old Joshua Vallow and – – year-old Tylee Ryan.

The children have been missing from Rexburg since September. On Friday, the Rexburg Police Department announced an ongoing search for the kids and said the parents are not cooperating with officers ’attempts to check on the welfare of the children. Both Chad and Lori, whose maiden name is Vallow, have been named “persons of interest” in the children’s disappearance.

The couple is also connected to two active death investigations involving both of their former spouses – one in Fremont County, Idaho, and another in Maricopa County, Arizona. However, authorities in both jurisdictions say Chad and Lori are not persons of interest or suspects in those cases.

No charges have been filed against Chad or Lori in Idaho or Arizona. So far, Rexburg police have only indicated they want to talk with the couple to ensure the children are OK.

On Monday, attorney Sean Bartholick, of Rigby, Andrus & Rigby, issued the following statement on the Daybells’ on behalf:

“Chad Daybell was a loving husband and has the support of his children in this matter. Lori Daybell is a devoted mother and resents assertions to the contrary. We look forward to addressing the allegations once they have moved beyond speculation and rumor. ”

Chad is a self-published Latter-day Saint author and owns Spring Creek Books, a publishing company he started with his former wife, Tammy, who died in October.

Both Chad and Lori were affiliated with a group called Preparing A People, an organization that says its mission is to “help prepare the people of this earth for the second coming of Jesus Christ.” On its website, the group says it doesn’t represent any church or official church doctrines, policies or positions; However, many associated with Preparing A People and those who speak at their workshops are members of the Church of Jesus Christ of Latter-day Saints.

Preparing A People hosts several podcasts, a number of which both Chad and Lori have appeared on together over the past year to discuss their religious beliefs.

As of Monday morning, those podcasts were removed and the website posted a statement:

“We considered Chad Daybell a good friend, but have since learned of things we had no idea about. … We did not know Lori as well as we thought we knew Chad, ”the statement reads. “In light of current concerning media reports and ongoing criminal investigations regarding the recent death of Lori Vallow’s previous husband in Arizona, and the sudden death of Chad Daybell’s previous wife in Idaho, and with new reports of Lori’s missing children and the death of Lori’s brother -in-law, and the unknown whereabouts of Chad and Lori, we feel it inappropriate to not (sic) promote any media content that may feature or contain references to either Chad Daybell or Lori Vallow. ”

Michael James, the website operator, says Chad was a popular speaker at some of their events.

“He was one of our best speakers, and people really trusted him, (but) Chad evidently had some strange ideas about things we did not know about, ”James said. “Occasionally, that happens, and when it does, you need to break with them.”

Two members of Lori’s extended family, Kay Vallow Woodcock of Louisiana and Brandon Boudreaux of Arizona, have spoken to multiple national news outlets about Chad and Lori’s involvement with the group. Woodcock said Lori’s behavior radically changed after becoming affiliated with the group.

Bothtold EastIdahoNews.comthey believe direction with Preparing A People, which they call a cult, led to the suspicious deaths of Chad and Lori’s former spouses.

“I don’t want to attack anyone’s beliefs… but when you look at the fruit that’s come from this group and its beliefs… it certainly, from my mind, does not come from God, ”said Boudreaux. He said his ex-wife, Lori Daybell’s niece, also joined the group. He claims in interviews and on social media that several months ago, someone tried to kill him by shooting at him.

James strongly denies the characterization that his group is a cult and says it is offensive to describe It as such.

“I have no idea what Chad and Lori did in their spare time, but Preparing A People is not a cult,” James said. “It’s just LDS people that go to conferences.”

The Fremont County Sheriff’s Office is investigating the suspicious death of Chad’s former wife, Tammy Daybell, who was when she died.

But recently, questions were raised about her death and Fremont County Sheriff’s deputies had her remains exhumed Dec. 19. The Utah Office of the Medical Examiner conducted an autopsy, but the results of that investigation have not been released. On Friday, Rexburg police indicated they believed the death was related to the disappearance of Joshua and Tylee, but they did not specify how.

Fremont County Sheriff Len Humphries could not be reached for comment Monday.

The Chandler Arizona Police Department is investigating the death of Charles Anthony Vallow, the estranged husband of Lori. On July 19, Vallow was shot and killed by Lori’s brother, Alexander L. Cox, in a family fight. 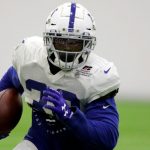 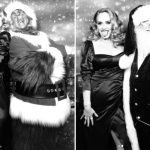