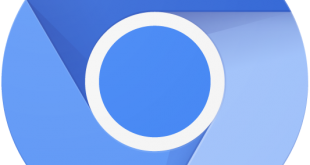 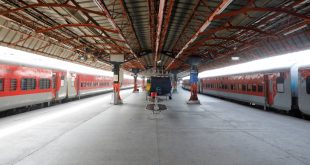 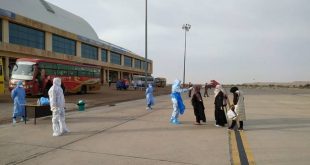 Parliament LATEST Updates: Ram Chandra Singh of the JD (U), asserting that action needed to be taken on direct tax code, said, “When a baby is born, its face is cute. But when it gets small pox, it gets all sorts of scars. The bill has got so many amendments that it’s messed up.”

DMK MP TKS Elangovan also said, “This government is tapping the poor and patting the rich. The government has not provided anything to the poorer sections of the society. Two crores of job creation every year was promised. Why has domestic consumption gone down? The welfare of 80 percent of the population is left out. “

Rajya Sabha chairman and Vice President of India, Venkaiah Naidu condemned the incident in which a rape survivor was set ablaze in Uttar Pradesh’s Unnao on Thursday.

He said, “This entire House condemns the incident. I got in touch with the Chief Secretary of Uttar Pradesh, he has explained to me that the culprits have been arrested. What is needed, is not a mere arrest in one case. We must send out a signal to the entire country and society that in such incidents action should be taken promptly, swiftly, and adequately, so these things are not repeated again. “

One of the major bills to be moved in the Rajya Sabha on Thursday was the Taxation Laws (Amendment) Bill. The House has now begun a discussion on it.

KK Ragesh of the CPM moved the statutory resolution on the bill. Congress MP Jairam Ramesh began the arguments in the debate over the ordinance and extended his support to it. He said, “There are significant issues between the ordinance that was issued and the bill.”

Suresh Kodikunnil, Congress MP from Kerala, spoke about the agrarian crisis that the farmers across the country are reeling under. Detailing the issues being faced by farmers, he said “The BJP govt failed to address crop loss and its impact on farmers.”

Addressing the media for the first time since his release from Tihar jail on Wednesday, former finance minister and Congress leader P Chidambaram pointed out in the press conference that even after seven months into the fiscal year, the BJP government believes that the problems faced by the economy are cyclical.

Chidambaram pointed out that the UPA government had lifted 140 million people out of poverty between 2004 and 2014, while the NDA government has, since 2016, pushed millions of people below the poverty line. “The economy can be brought out of the slowdown, but this government is incapable of doing that. I believe that the Congress and some other parties are better equipped to pull the economy out of the slowdown, but we have to wait for better times, “he said.

The Congress leader said that Prime Minister Narendra Modi has been unusually silent on the economy. “He has left it to his ministers to indulge in bluff and bluster,” calling the government an “incompetent manager” of the economy.

Chidambaram attacked the Center over the ‘floundering state of the economy’ in a press conference. He said that the Narendra Modi-led government is ‘stubborn, mullish, wrong’.

The Congress leader reached the Parliament complex to attend the Rajya Sabha proceedings, a day after he was granted bail by the Supreme Court in the INX Media case.

Additionally, the House of People will also hold a discussion on crop losses all over the country and the resultant impact on farmers. Among the list of issues expected to be raised during the Question Hour are construction of national highways, bringing in the National Highway Accident Relief Service Scheme, upgradation of state highways to national highways, per capita availability of water and flood management programs.

In the Rajya Sabha, Sitharaman will table the Taxation Laws (Amendment) Bill, 2019, which looks at further amending the Income Tax Act, 1961 Finance (No.2) Act, 2019. She will also move that the bill be returned.

The House of Elders will raise questions pertaining to suspension of postal services in Kashmir, safety of citizen’s data, self defense training to girls, reasons for change of GDP base year and projects undertaken under the North East Special Infrastructure Development Scheme, among other issues.

Three members – KK Ragesh, T Subbarami Reddy and Elamaram Kareem will move a statutory resolution which states the House’s disapproval of the Taxation Laws (Amendment) Ordinance, 2019 (No. 15 of 2019) promulgated by the President Ram Nath Kovind on 20 September.

The Rajya Sabha proceedings may be attended by former finance minister and senior Congress leader P Chidambaram, who was granted bail in the INX Media case by the Supreme court on Wednesday.

The Parliament is likely to take up theCitizenship Amendment Billsoon, which got a nod from the Union Cabinet on Wednesday.

The Union Cabinet had given a nod to Data Protection Bill on Wednesday. The Parliament had also passed a bill to regularize 1, 731 unauthorized Delhi colonies.

Defense Minister Rajnath Singh had addressed queries regarding the Chinese incursions into Indian territory on Wednesday, saying that intrusions occurred due to perceptional differences over the India-China border. Home Minister Amit Shah had said that a government committee will look at amending the Indian Penal Code and Criminal Procedure Code to deal with the rising incidents of mob lynching. 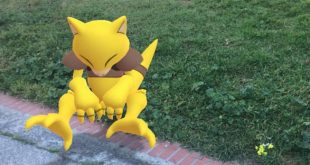