The 52 – year-old had been accused of“forcefully and sloppily” kissing the fellow passengeron a service from York to Newcastle in August 2018.

The jury is still considering a lesser charge of assault by beating.

Mr Gascoigne wept in the dock and there were cheers of “yes” from the public gallery as the jury delivered its verdict.

More on this story

He had told Teesside Crown Court he gave the woman a “peck on the lips” to “boost her confidence” after he heard a male passenger call her overweight.

The court heard Mr Gascoigne had been “naive “in kissing the woman, but that it h ad not been a sexual act.

As he left court, the former Newcastle United, Tottenham Hotspur, Rangers, Middlesbrough and Everton midfielder wiped his eye with a tissue and hugged

Prosecutor William Mousley had told the court that Mr Gascoigne had “lied, and lied, and lied” during the trial, which heard he had been drunk on board the train.

But Michelle Heeley QC, defending, said the former player had no sexual intention.

She said “In his own naive way, he thought he was making a larger woman have more body confidence.

“It’s a clumsy way to go about building someone’s confidence, but it was not sexual.”

Mr Gascoignebroke down as he told the courtabout what happened on the journey from Birmingham to Newcastle, on 20 August last year.

The former footballer, who had been traveling with his nephews, said while passengers were asking for selfies and autographs he heard a man say about a passenger: “What do you want a photo of her for? She’s fat and ugly. “

Mr Gascoigne told the jury he had previously had trouble with his weight and” automatically “went to sit next to the woman to reassure her.

He said he told her: “You’re not fat and ugly, you ‘re beautiful. “

He denied being drunk at the time, and told the court he had had pellets implanted in his stomach which would make him “spew up” if he drank spirits. 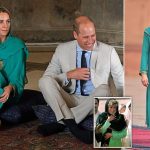 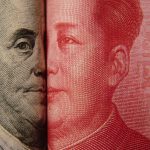