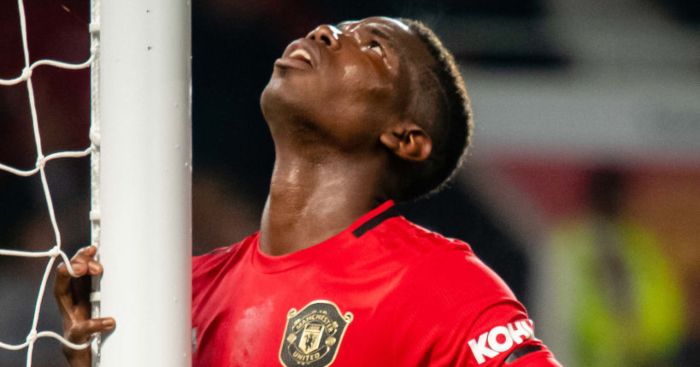 Flip flops
‘OLE GUNNAR SOLSKJAER turned his hairdryer on for the first time as Manchester United boss after the 2-0 defeat by PSG ‘- Neil Custis and Richard Moriarty,The Sun, February 15.

‘FURIOUS Ole Gunnar Solskjaer told his Man Utd flops he aims to get rid of HALF the team’ – Neil Custis and Richard Moriarty,The Sun, May 15.

‘OLE GUNNAR SOLSKJAER told his flops that they were’ embarrassing ‘him after Manchester United’s defeat at West Ham’ – Neil Custis and Richard Moriarty,The Sun, September 25.

It makes less sense the more you look at it. ‘As Frenchman doesn’t take penalty’ is just a sensational aside.

The best part of it all? That the pre-penalty-shootout headline (The Sunhad to make sure they were top of Google for ‘Pogba’, after all) began ‘Solskjaer snubs Pogba…’ .

‘Snubs’ him by giving him a full 90 minutes to regain and prove his match fitness. Righto.

Express delivery
TheDaily Expressare in on the act, too.

Does he? Does hereally?Does the manager of Manchester United really ‘suggest’ that he ‘blocked’ a player from taking a penalty in a League Cup third-round shootout against a League One club?

‘Ole Gunnar Solskjaer confirmed everyone [sic] of his Manchester United players wanted to take a penalty against Rochdale – meaning he told Paul Pogba to sit out the shootout. ‘

Oh, and a manager cannot possibly tell any player to ‘sit out the shootout’. What would he have done if Rochdale hadn’t missed? Forfeited?

What even is that?

Chain reaction
Obviously, the issue with all these stories is that they aren ‘ t based entirely on social media posts made by faceless Twitter accounts with just over 2, 000 followers and #PogbaOut in their bio. So thank the lord for theDaily Mirrorand their stunning work.

Phew. We were starting to worry about what @WhyAlwaysLukaku really thought of a player who was not designated as one of the first five to take a penalty in a shoot-out. It turns out this World Cup-winning Champions League finalist ‘bottled’ taking one. Against Rochdale. In the third round of the League Cup.

Neville’s advocate
Yet that is somehow not the biggest story of the day on theDaily Mirror website. Nope. Top at lunchtime is this doozy instead.

‘Neville livid after being bombarded with prank calls… and it’s not the first time as Carragher claims he knows two of the culprits! ”

Eyeballing Paul
A brief return to Pogba now – the last one, we promise – as Neil Custis has his say forThe Sun.

‘Pogba looks the part, sporting another in a long range of dyed haircuts. This one with a red flash. ’

Oh boy. Where is this going?

‘Unfortunately that star quality does not transfer to the pitch for United once the first whistle goes.’

‘In his defense you have to wonder at least sometimes whether the lack of quality around him makes the Frenchman look bad.’

‘For example last night he played two through balls and one cross to the far post that brought sarcastic cheers from the away fans. They looked over-hit. Or was it not that he was putting the ball in the right areas but players like Tahith Chong could not read them. ‘

‘There was no defense when he headed over the bar after making a good run to meet Greenwood’s 34 th-minute cross.

‘Or when he blasted miles over with long-range efforts.

‘It never seemed to happen when he was at Juventus – as a quick look on YouTube will tell you.’

Full games, in-depth highlights, analysis and research is indeed for hipsters. But why does Pogba have a blue tick next to his name?

Just discovered that Neil Custis asking why people have blue ticks is a thing.pic.twitter.com/ooVvhmqrLO

Labeled intro of the day

‘Liverpool CEO Peter Moore claimed the Reds are“ back on their perch ”.

‘They have a new, top-class stadium but chairman Daniel Levy runs a tight ship and the summer pursuit of Juventus star Paulo Dybala was never really close. ‘

Ah, fair enough. Although, you do have to wonder why the following headline appeared on your employer’s website on August 8.

Exclusive of the day
‘Jurgen Klinsmann wants to take over as Tottenham manager if Mauricio Pochettino walks out on the club ‘-Daily Mail.

So that would be ‘unemployed manager whose last coaching post ended with his sacking by the United States in November 2016 wants job for which he ishorriblyUnder-qualified ‘.

Mediawatch wants to take Mila Kunis to dinner if Ashton Kutcher walks out on her (to pitch for the Tottenham job).

Quite how he managed to maintain his ‘silence’ for that period between leaving the pitch and being asked questions at a post-match press conference is a mystery. Amazing restraint for a mere teenager. ******** 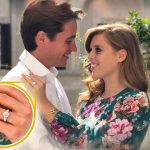 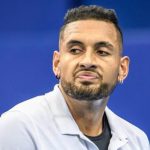