Moments after a historic vote to impeach President Trump, House Speaker Nancy Pelosi said the House could at least temporarily withhold the articles from the Senate – a decision, she suggested, that could depend on how the other chamber chooses to conduct its trial on Trump’s removal.

“We cannot name managers until we see what the process is on the Senate side,” she said, referring to the House ” managers ”who present the case for removal to the Senate. “So far we haven’t seen anything that looks fair to us. So hopefully it will be fair. And when we see what that is, we’ll send our managers. ”

The comments came as a group of House Democrats pushed Pelosi (D-Calif.) and other leaders to withhold the articles – a notion that has gained traction among some on the political left as a way of potentially forcing Senate Majority Leader Mitch McConnell (R- Ky.) To conduct a trial on more favorable terms for Democrats. And if no agreement is reached, some have argued, the trial could be delayed indefinitely, denying Trump an expected acquittal.

Pelosi would not answer questions about whether she was entertaining an indefinite hold on the articles – one that could prevent a trial from taking place before the next presidential election.

“We’re not having that discussion,” she said, adding that it “would have been our intention ”To send the articles forthwith,“ but we’ll see what happens over there. ”

She continued:“ We’re not sending it tonight because it’s difficult to determine who the managers would be until we see the arena in which we will be participating. ”

The remarks injected an unexpected wrinkle into a tightly choreographed day, in which a series of procedural votes and hours of floor debate paved the way for climactic votes after 8 pm on Trump’s impeachment – the third in U.S. history.

But the impeachment came amid furious sparring across the Capitol over what form the coming trial would take. While McConnell signaled that he preferred a relatively short trial, where House managers present the case for removal and Trump’s defense team rebuts it before a summary dismissal, Senate Minority Leader Charles E. Schumer (DN.Y.) pushed for a more extended proceeding – Featuring new witnesses who did not testify in the three-month House investigation.

House Democrats on Wednesday joined the attacks on McConnell. House Intelligence Committee Chairman Adam B. Schiff (D-Calif.) Called for “a trial that should be fair to the president, yes, but also fair to the American people.”

“ Do the senators want to hear from the witnesses? Do they want a real trial? We have to hope that they do, ”he said.

A spokesman for McConnell, Doug Andres, declined to comment.

Josh Holmes, a close adviser to McConnell, tweeted mockingly at the threat Wednesday: “Folks, this might be the greatest compliment McConnell has ever received. They are seriously entertaining holding a grenade with the pin pulled rather than facing what happens when they send it over McConnell’s wall. ”

Under the rules the House adopted Wednesday for consideration of the impeachment articles, a resolution naming the impeachment managers – and authorizing the transmittal of the articles to the Senate – can be called up at any time by Judiciary Committee Chairman Jerrold Nadler (DN.Y.) or a designee. There is no time limit on that authority; the House is expected to recess for the winter holidays as soon as Thursday and not return until Jan. 7.

The withhold-the-articles gambit gained some traction inside the left wing of the House Democratic Caucus this week.

Rep. Earl Blumenauer (D-Ore.) On Wednesday, speaking as his colleagues debated the impeachment articles on the House floor, said that he had spoken to three dozen Democratic lawmakers who had expressed some level of enthusiasm for the idea of ​​“rounding out the record and spending the time to do this right. ”

“ At a minimum, there ought to be an agreement about access to witnesses, rules of the game, timing, ”Blumenauer said of a Senate trial.

Another Democrat, who spoke on the condition of anonymity to discuss internal deliberations, said there was “serious concern about whether there will be a fair trial on the Senate side” and acknowledged active talks about withholding the articles.

The notion has been most prominently advocated by Laurence H. Tribe, a Harvard Law School professor who has advised the House Judiciary Committee on the impeachment process. In arecent Washington Post op-ed, he wrote that “the public has a right to observe a meaningful trial rather than simply learn that the result is a verdict of not guilty. ”

Republicans have scoffed at the notion of the House withholding the articles, noting it hardly counts as leverage to deny the GOP the ability to remove a president that the party wants to keep in place. Some aides further argued that withholding the articles would only fuel Republican arguments that Democrats are engaged in a partisan abuse of the Constitution.

But Democratic leaders may be forced to deal with the issue in the coming days. Blumenauer said he had already raised it with Pelosi, House Majority Leader Steny H. Hoyer (Md.) And other top party leaders.

Speaking to reporters Tuesday, Hoyer did not rule out the idea : “It’s an interesting proposal. I don’t think that that’s the path we will follow, but that does not mean we will immediately deliver it. There are considerations related to other legislation. ”

A senior Democratic aide who spoke on the condition of anonymity to describe internal deliberations on Wednesday confirmed the impeachment articles will not be immediately transmitted until Pelosi names impeachment managers.

“There will be a debate and vote on that resolution” naming the managers, the aide said.

If a significant number of Democrats refuse to vote for that resolution, they could force the articles to be further withheld.

Blumenauer said that if McConnell does not agree to call the Democratic witnesses and stage a fair trial, Democrats could simply hold on to the articles indefinitely and continue to investigate Trump. The House is involved in multiple court cases seeking documents and testimony that have yet to be resolved.

“Who knows what would happen to augment the record? This ought to be able to play out, ”he said. “There’s no advantage to rushing this.”

But the notion of prolonging the impeachment process indefinitely is almost certain to infuriate House members from competitive districts, who have pushed Pelosi for months to keep the investigation focused and limited to Trump’s conduct toward Ukraine. Many were eager to get the impeachment saga out of the way and focus on the Democrats’ governing agenda – including infrastructure and health care legislation.

Blumenauer declined to discuss whether members interested in the gambit would withhold their votes on naming managers to force the issue: “I’m not interested in sparking controversy in the caucus,” he said. 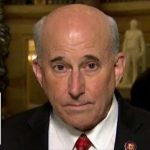