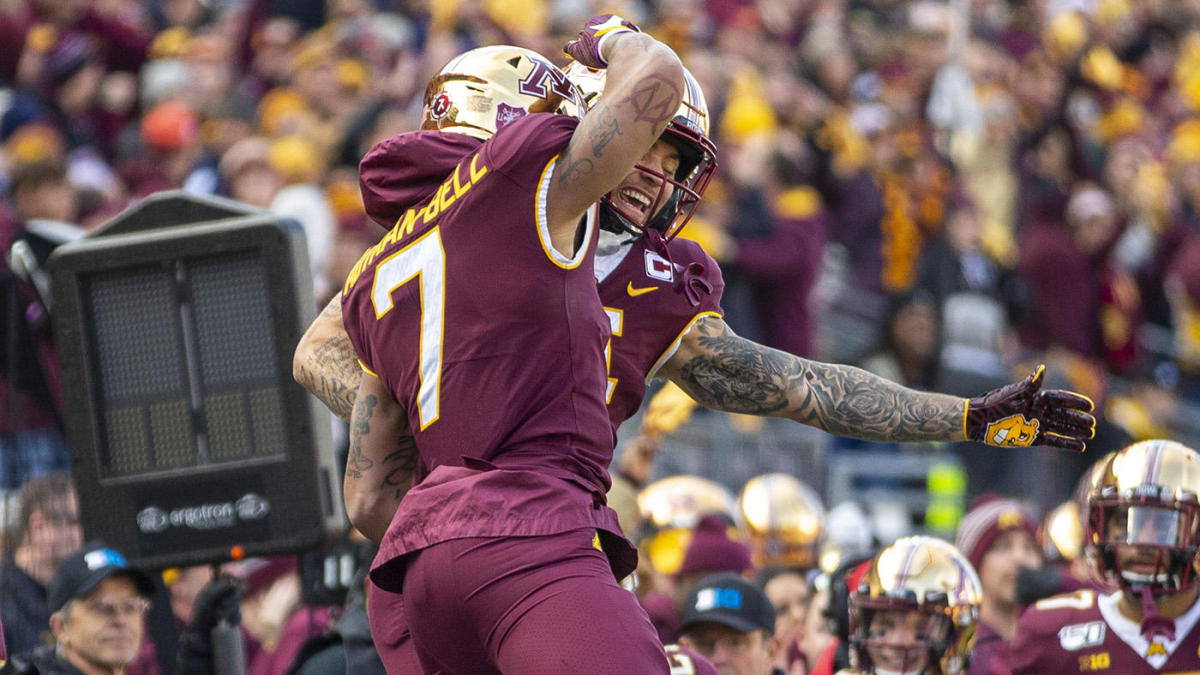 It’s time to take Minnesota seriously. The Gophers entered Saturday’s game ranked No. 17 in theCollege FootballPlayoff Rankings despite being off to their first 8-0 start since 1941. Minnesota’s start was written off as the Gophers had yet to beat a ranked team this season and had faced a string of Big Ten teams forced to use backup quarterbacks. A date with No. 4 Penn State would set the record straight, and Minnesota straightened it out quite well in a 31-26 defeat at home in Minneapolis.

Let the record show that these Gophers are now 9-0 after upsetting the Nittany Lions to pick up their first win over a top-five opponent since 1999 (also Penn State). Minnesota took control early and never let go, racking up 461 yards of offense against a defense that was allowing only 280 yards per game on the season.

Quarterback Tanner Morgan led the way for the Gophers, completing 18 of his 20 passes for 339 yards, three touchdowns and no interceptions. The Minnesota defense forced three Penn State turnovers, including an interception in the end zone to seal the game with just over a minute to play.

Here are four things to take away from a big-time upset and statement win by the Gophers.

1. Minnesota is very much for real: Listen, I was one of many who were skeptical about Minnesota’s 8-0 start. It’s not that I didn’t think the Gophers were good — there’s no such thing as an average 8-0 team — but it was hard to know how seriously they should be taken. As I said above, their five Big Ten wins came against teams that were all forced to play backup quarterbacks for at least the majority of the games. They were a combined 8-22 in Big Ten play entering Saturday. Penn State was the best team Minnesota had faced by far this season. This was going to be the test.

Minnesota passed it with flying colors. The fact Minnesota won the game is a surprise, but it’s not a shock. The shock was how much better Minnesota looked in the trenches for most of the game. Minnesota has a behemoth offensive line, and it did an excellent job against one of the best front sevens in the country. Penn State finished the game with only one sack and six tackles for loss. On the other side, Minnesota’s defense had two sacks and picked off three passes.

Considering how highly the CFP Selection Committee thought of Penn State to rank it at No. 4, you have to believe Minnesota will receive a healthy bump in the CFP Rankings when they’re released Tuesday night. Not only are the Gophers 9-0, but they have a firm grip on the Big Ten West title. One more win, and it’s a wrap; Minnesota will be headed to Indianapolis to play in the Big Ten Championship Game. They might see this Penn State team again if they get there. It will more likely be Ohio State. Whoever it is, if Minnesota gets to Indianapolis, you can bet people will take it more seriously than they did heading into this game.

2. Morgan is the best QB you never heard of: While I was questioning Minnesota as a whole, I was a fan of Morgan before this game. I wrote on Friday abouthow he’d play a vital role if Minnesota was to win because he’d been one of the best vertical passers in the country this season. He made me look smart against Penn State with a tremendous stat line. Morgan averaged 16.95 yards per attempt and 18.83 yards per completion. He pushed the ball downfield accurately to his receivers, and it killed Penn State. Rashod Bateman caught seven passes for 203 yards and a touchdown, including a 66-yard score. Tyler Johnson caught seven for 104 yards and a score of his own.

Morgan is not a household name, nor was he a highly-rated recruit. He was seen by most as a game-manager type of quarterback because he plays in an offense that runs the ball so often. Against Penn State, coach P.J. Fleck and Minnesota decided to put the ball in their QB’s capable hands and told him to go out and shock the world. He did just that.

3. Box scores can be misleading: If I’d have told you before this game started that Clifford would throw for over 300 yards, Journey Brown would rush for 124 yards and two touchdowns, and Penn State would have two receivers go over 100 yards on the day, there’s no way you think they’d lose, right? Well, all of that happened, and Penn State lost. The Nittany Lions outgained Minnesota 518-460 in the game but came up short.

The reason is turnovers and some questionable decisions. Clifford threw three interceptions, and while the third sealed Penn State’s fate, he also threw one on the team’s first possession of the game. Penn State had been moving the ball with ease on that drive before the turnover. If Penn State scores there to take an early 7-0 lead, it might have shaken Minnesota’s confidence, and things could have gone differently.

There was also this interception, Clifford’s second of the day. It killed a scoring opportunity as well.

Those are three scoring chances left on the field. In a five-point game, that’s devastating.

There were also a couple of questionable play calls, particularly on a fourth-and-goal. Penn State called for K.J. Hamler to run a corner route, and Clifford lofted a pass into the back corner of the end zone that was broken up. It was a low-percentage call, and deciding to go with that play when Hamler is listed at 5-foot-9, and the corner covering him was 6-foot-3 decreased those percentages even further. Now, some will point out that had Penn State kicked a field goal there, it would have only need a field goal late to win the game. That’s not fair because, given the situation at the time, going for the touchdown was the correct decision. It was the play call that was more questionable than anything.

4. Penn State’s CFP hopes aren’t dead, but they’re on life support: Penn State is about to become the biggest Minnesota fans outside the state that you’ve ever seen. The Nittany Lions will fall out of the top four this week, but their playoff hopes aren’t dead. They still get to play Ohio State, and a win over the Buckeyes would erase a lot — as would beating this same Minnesota team in the Big Ten Championship Game if they get there. Of course, avenging this loss to Minnesota in a possible Big Ten title matchup would mean a lot more to the committee if Minnesota is still 12-0 or 11-1 at the time. If the Gophers struggle down the stretch, it will not only hurt their cause but Penn State’s as well.

CBS Sports was be with you the entire way updating this story with the latest scores, highlights and analysis from Penn State vs. Minnesota. If you are unable to view the updates below, pleaseclick here. 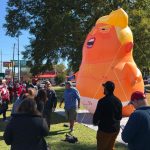 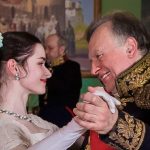