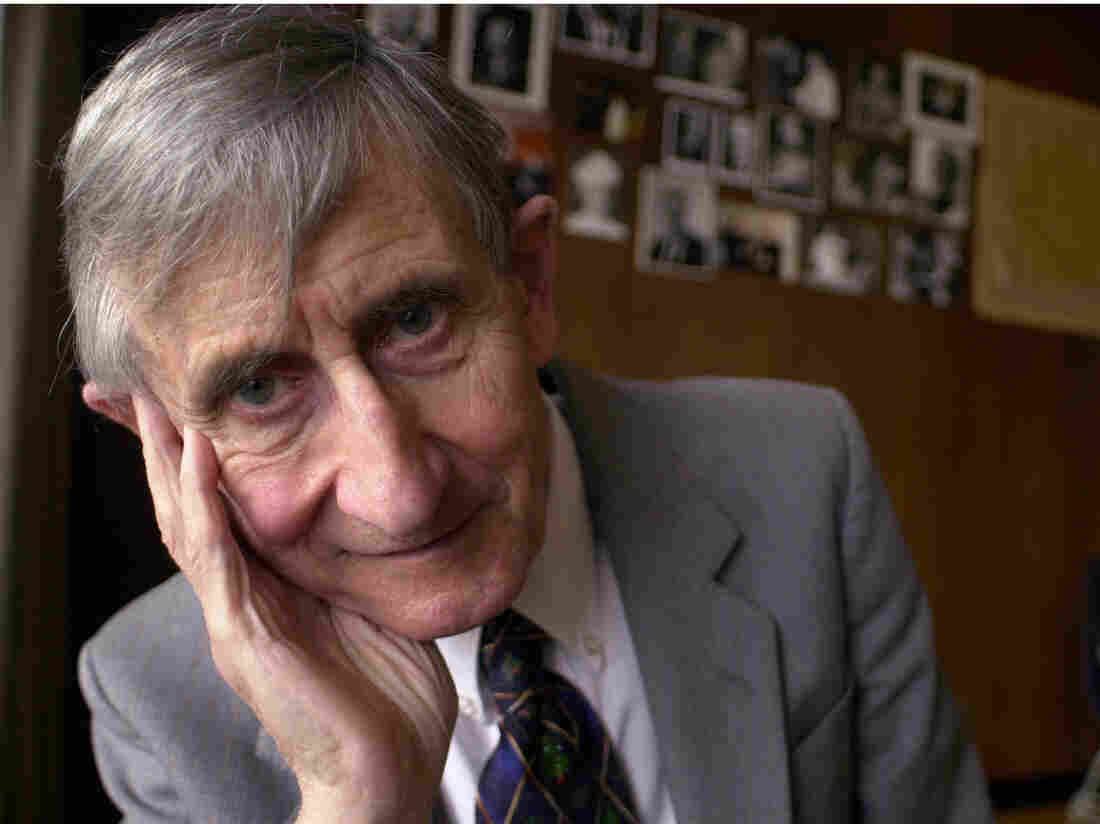 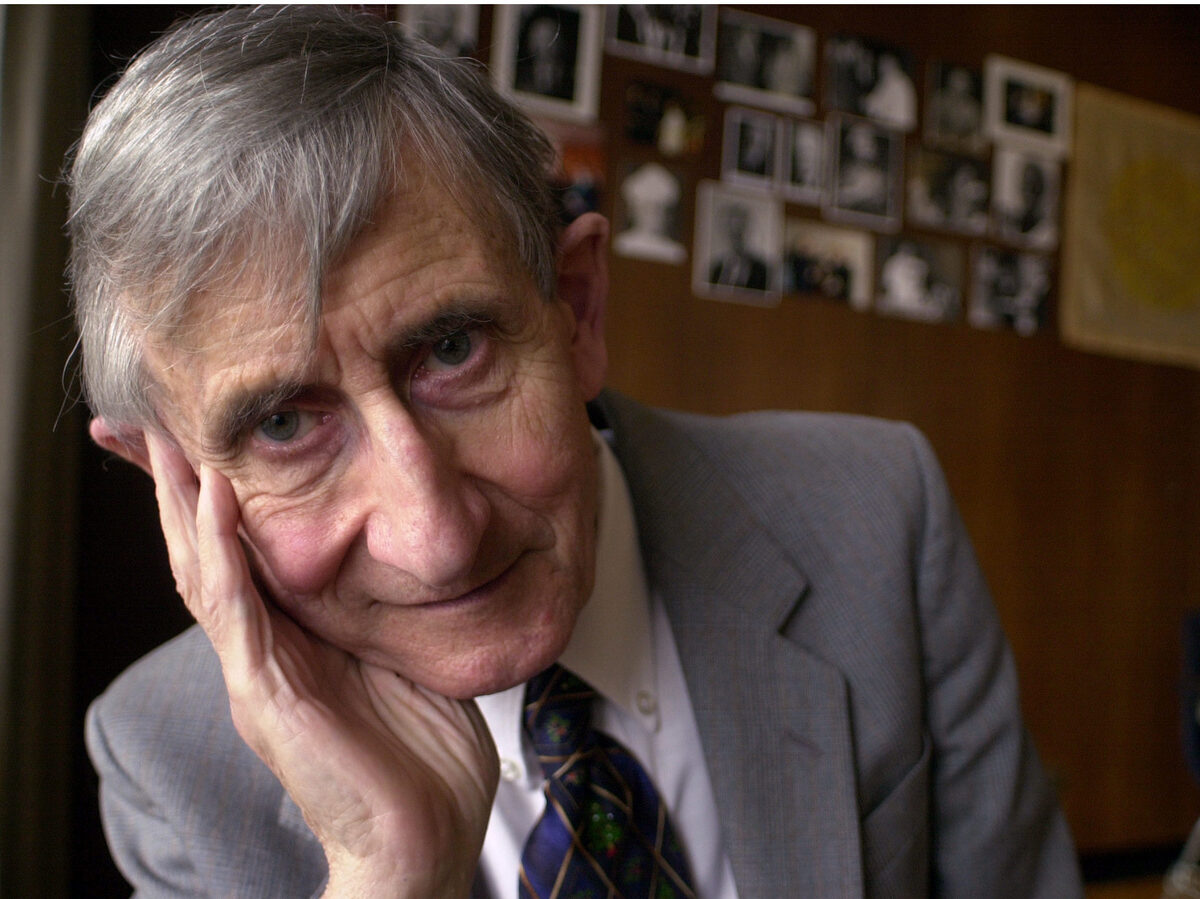 Freeman Dyson was known for thinking big on topics ranging from extraterrestrials to fundamental physics.

Acclaimed physicist Freeman Dyson, who pondered the origins of life, interstellar travel and many other topics, died Friday at the age of . His daughter Mia Dyson told NPR that her father died after a short illness.

Freeman Dyson was known for groundbreaking work in physics and mathematics but his curiosity ranged far beyond those fields.

“He never got a Ph.D.,” says Robbert Dijkgraaf, director for the Institute for Advanced Study

in Princeton, NJ, where Dyson worked. “He felt he was an eternal graduate student, and so he had a license to be interested in everything.”

Dyson was born in Crowthorne, England, in . He studied physics and mathematics at Trinity College in Cambridge, where he worked with physicists including Paul Dirac and Arthur Eddington. During World War II, he was a civilian scientist with the Royal Air Force’s Bomber Command.

After the war, he came to the U.S. to study physics. Together with physicist Richard Feynman, he was able to reconcile two competing theories of quantum electrodynamics, the study of how sub-atomic particles and light interact. “He was able to show that all these different points of view were one and the same thing,” Dijkgraaf says. “He was a great unifier of physics.”

The work is still considered fundamental to modern physics. “The current model of elementary particle physics is written in the language that Dyson helped develop,” he says.

Dyson permanently joined the Institute for Advanced Study in . From his perch there, he pursued many other topics of interest. He helped to design an inherently safe nuclear reactor that could be operated “even in the hands of an idiot.” In , he joined Project Orion

, a plan to power a spacecraft with controlled nuclear explosions.

The spaceship was never built, but Dyson later described it as “the most exciting and in many ways happiest of my scientific life.” Dijkgraaf says Dyson was probably one of the few people on Earth that felt let down by the 1969 moon landings: “This all looked very disappointing in Freeman’s eyes,” he says. Dyson wanted to go to Saturn with nuclear-fueled rockets. “[He] was kind of envisioning jet planes, and in the end we took a bicycle.”

For all his intellectual achievements, Dyson was regarded as kind and easily approachable. “I’ve never heard him talk down to anyone,” Mia Dyson says. “Whether you were a blue-collar worker or the U.N. ambassador, you got the same sort of reception from my dad.” (Though, she adds, he struggled to help his children with their math lessons: “It was just so elementary that he did not know how to explain it.”)

Yet he was also capable of provoking controversy with some of his ideas. Later in life, he was particularly well known for his skepticism of climate change, both as a phenomenon, and as something humans should worry about. “All the evidence we have is that we’re having some effect on the climate,” he said in a (video . “It’s not clear whether it’s good or bad. It’s not clear whether it will be a catastrophe or not.”

The scientific community overwhelming disagreed with his assessment. “Freeman was a contrarian; he had great fun taking the opposite view,” Dijkgraaf says. “But contrarians are not always right.”

“I used to feel sad because he had a voice and people listened to him,” Mia Dyson says. “If he would throw his weight behind efforts to mitigate climate change, he could have done so much good. But when I put that to him, he would say, ‘I think I am doing good: If I play devil’s advocate, I’ ll get people to think about the facts and see them for what they are. ‘ “

, which are hypothetical structures that could be built around entire stars, and the Dyson tree , a genetically engineered plant that might be able to cross the cosmos inside a comet.

“There was no field: art, science, history, music, that he did not love,” Mia Dyson says. She adds that he remained spiritual throughout his life, though he rejected organized religion or anything that tried “to contain his understanding of God and the infinite.”

Dyson passed away in Princeton, NJ He is survived by his wife, Imme, his six children and grandchildren.