The decentralized app (Dapp) market continues to grow by leaps and bounds, with the past year seeing no let-up in new Dapp use case scenarios. Since this time last year, Dapps have now made up over 1 billion transactions totaling over $ 10 billion in volume.

And the majority of this is thanks to gaming and gambling Dapps, which still are popular with users, raking in the lion’s share of revenue in the Dapp market.

And now, Curacao-based EarnBet – the original Dapp casino formerly branded as EOSBet – celebrates 19 months of successful operations, providing the provably fair gaming experience that crypto gamers have come to love via a decentralized platform that rewards all players generously for their interaction.

With a house edge that is the envy of the industry,EarnBet.ioboasts over 27 million bets since 2018 and has paid out over $ 377 million to winners. Of this, BET holders have received over $ 4 million in instant dividends directly to their wallets.

After a listing on Binance DEX and Newdex, BET tokens were available not just through gameplay but also on the open market, with a perpetual buyback resulting in over500, 000 BET already destroyedto lower supply by about 1.5%.

Every wager received gives BET tokens out to players, entitling them ashare of gaming profits, with every single crypto every made in profit distributed fully to all BET holders.

When the crypto market looked for a professional platform that was also operational, it needed one that showcased every aspect of blockchain technology, in particular, its transparency, decentralization, and immutability.

EarnBet has so far proven to be that platform.

A legend among Dapps

EarnBet is now known as one ofthe biggest Dapp launchesin history, surpassing every benchmark on the Bitcoin network and every Ethereum Dapp ever built, when launching on the EOS mainnet.

And not even 12 months after launch, EarnBet already noted significant accomplishments and development objectives, by being the first platform built on the EOSIO blockchain to be a commercial success, and also the first on-chain casino to be awarded a Gaming License.

The recipe for success lies in its simplicity and ease of use, for a great experience of gaming for all users. Using EarnBet gives you all the blockchain edge, without the tech hassle. Instant deposits and instant withdrawals are accompanied byfrictionless onboardingprocess. And late last year, its new decentralized accounting let signups happen within a few clicks.

Forget wallets, 3rd party software, transaction fees, or staking resources. Everything is easy and you never have to lose control of your funds.

And now, stepping outside EOS, bettors can choose major crypto like BTC, BCH, LTC, and ETH, with more in the pipeline. With a sixth game due to be announced before 2019 is over, there is plenty in store for EarnBet players.

With two new games planned by December 2019, and new revenue streams to and functionality upcoming for BET tokens, token holders have much to be excited about.

Marketing will also expand to touch other crypto communities, focusing on taking in new users with broad campaigns, such as thelimited-time promotion giving 50 BET tokens to all new users signing up. 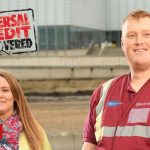 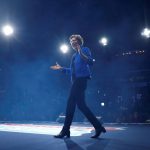