An “orange alert”, which is a notch lower than the highest state of emergency, is in place at important installations and security has been tightened on IAF bases in Srinagar, Awantipora, Jammu, Pathankot and Hindon, sources say.

According to inputs received by the defense ministry and intelligence agencies, the Pakistan-based terror group Jaish-e-Mohammad has been plotting afidayeenor suicide attack on air bases. The inputs include a threat letter dated 10 September, received by the Bureau of Civil Aviation Security. The letter in Hindi is reportedly from one Shamsher Wani of Jaish and claims revenge for the government Article (decision.

Sources say terror groups based in Pakistan have been planning a strike since the government declared the end of special status to Jammu and Kashmir under Article 370 on August 5 and said the state would be split into two union territories.

Pakistan Prime Minister Imran Khan has repeatedly targeted the government on the Kashmir move and tried to rally support on the world stage.

Sources say according to inputs, the Jaish is angling for high-value targets in retaliation.

On a week the annual world gathering United Nations General Assembly is in session in New York, there is a worry that at least one important installation may be hit and it could likely be an air base, if only to slow down air activity.

Against this backdrop, it has been reported that a large number of AK – 47 assault rifles, grenades and sat phones were dropped in Amritsar by heavy-lifting drones that came from Pakistan.

Punjab police sources say the consignment was meant to stir trouble in Jammu and Kashmir.

The drones carried out eight ‘sorties’ in 10 days this month to drop the weapons, including satellite phones, on Indian soil, the sources said, asking not to be identified. The recovery of the satellite phones, which are banned in India for civilian use, is a giveaway that the weapons were meant to be delivered to terrorists in Jammu and Kashmir where partial restrictions are still in place, sources said. 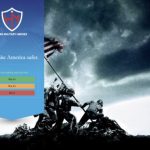 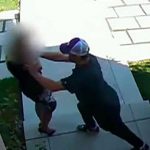