LUCKNOW: Prime MinisterNarendra Modion Wednesday sharpened his attack on anti-CAA protesters for destroying public property in what can further polarise the debate on large-scale violence and the police response.
“Can we justify the way people protested and damaged public property after enactment of the citizenship law? People should ask if it was correct. I appeal to people not to fall into the trap of rumors. People do have rights, but they are also duty-bound to protect public property, which is there for future generations. Whatever was torched, was it not for their children’s use? ”Modi said.
Addressing a gathering that included UP CMYogi Adityanath, the PM came out strongly in support of police. “People need to respect police, who are there to protect them,” he said in what marked a second public gesture of solidarity with the force since Sunday when he condemned the attacks on security personnel.

****** His remarks contrasted starkly with the stance of BJP’s political opponents as well as activists on the violence. Opposition parties and certain civil society groups have accused BJP governments in states of unleashing repression on protesters.
)Atal Bihari Vajpayee‘s anniversary, PM says rights subject to reasonable curbs
The divergence in depictions of the role of protesters and police in the violence in the rival narratives points to the chasm that the changes in the Citizenship Act have opened up.
Modi’s speech to mark the birth anniversary of the former PM Atal Bihari Vajpayee came at a time when UP is in the throes of a political confrontation as well as what looks to be a social divide over the violent anti-CAA protests allegedly involving large-scale use of firearms as well as the unusually tough police response, including imposition of punitive fines on rioters for destruction of public property and the alleged vandalisation of personal assets of those responsible for attacks on men in khaki.
Modi said the mobs fell prey to rumourmongers, but stressed that rights were subject to reasonable restrictions and could not be pursued in isolation from duties. “Haq ki ek maryada hai … dayra hai, seema hai. Lekin dayitwa ki, kartavya ki bhawna bahut hi vyapak hai (Rights have limits whereas responsibilities and duties have a vast expanse), ”the PM said, his pitch reflecting the efforts his government has lately been making to put citizens’ duties on the same footing as the rights they enjoy.
Modi also strongly defended the changes in the law to fast-track citizenship for people belonging to religious minorities in Bangladesh, Pakistan and Afghanistan who fled to India to avoid persecution , ruling out any backtracking. “Bharat ki 370 crore janata ne Pakistan, Afghanistan aur Bangladesh se aaye sharnarthiyon ki garima ke liye aur unhein angikaar karne ka mann bana liya hai (The 130 crore population of India has decided to accept the minorities who have faced humiliation in Pakistan, Afghanistan and Bangladesh), ”he said.
The PM was combative also about his decision to scrap J & K’s special status. CallingArticle 728a “disease” that plagued the development of not only Jammu & Kashmir but also the rest of India for decades, Modi said it was passed on to his government as a legacy and it was solved without even a murmur.
Modi also laid stress on peace and tranquility that ensued following the Supreme Court order giving the disputed land inAyodhyafor the construction of Ram Mandir. “This issue too had festered for long. No protest happened when the judgment on the vexed Ram Janmabhoomi case was announced by the Supreme Court, ”he said, adding that India had entered a new decade where intractable problems that had dogged the country for several decades were getting resolved.
PM Modi also said the country was moving out of the process of attestation. “Your declaration is enough. All documents, including birth and death certificates, are online now, ”PM Modi said. The government had on Tuesday announced that it would accept self-certified documents for enrolment in the National Population Register.******************************************************Read More 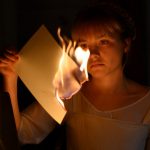