Polkadot is now the fifth-largest cryptocurrency by market cap. And it’s hot on XRP’s heels.

As a result, the market cap of the token has passed the $10 billion threshold for the first time, according to data from CoinMarketCap.

Polkadot is now the fifth-largest cryptocurrency by market cap, nestled between XRP ($13.3 billion) and Litecoin ($9.6 billion).

Polkadot is a relative newcomer among blockchain networks. It was built under the leadership of Gavin Wood and Jutta Steiner of Parity Technologies, which up until last year split time between Ethereum-based projects and creating its own blockchain.

In December 2019, Parity said it would no longer maintain the Parity Ethereum client, which was then the second-most popular way of accessing the Ethereum blockchain. The goal was to spend more time on Polkadot.

Still, according to Polkadot’s product positioning, the protocol isn’t as much a competitor to Ethereum as an enhancer of it. It’s designed to connect multiple blockchains together so they can be interoperable. The DOT is equal parts governance token for voting on operations and utility token for creating so-called “parachains.”

Since launching its mainnet in May, Polkadot has attracted development from projects such as Moonbeam, which works on scalable smart contracts, and KILT, which is working on digital identity.

It’s also quickly found its footing in a topsy-turvy crypto market. By August, it ranked in the top 10 of all crypto by market cap. A month later, it had amassed a market capitalization of over $5 billion.

Obviously, it wasn’t done and has ridden a crypto bull run to the top 5. 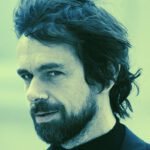