Almost half of people surveyed in a poll think Boris Johnson is lying about the NHS and a US trade deal, a damning poll reveals.

The poll found that 57% of people are either “very concerned” or “quite concerned” about the impact a trade deal withDonald Trumpcould have on the NHS.

And the overwhelming majority of the British public do not want the NHS included in any trade deals with any other country, according to the poll commissioned by campaign group We Own It, carried out by Survation.

The polling comes as a coalition of more than a dozen organizations – led by Keep Our NHS Public and We Own It – have come together to push the government to protect the NHS from trade deals.

Ellen Lees, campaigns officer of We Own It, said: “This poll shows clearly that the public understand just how big of a threat a US trade deal is to our NHS.

“And it shows that they’re firmly against the idea that our NHS could be sold off bit by bit to Donald Trump and American private healthcare giants.

“Because the private sector already has a major role in the NHS, it is automatically on the table in a trade deal – no matter whatBoris Johnsonsays.

“That’s why it’s absolutely vital that the government ends the privatisation of our NHS once and for all. That’s the only way we can protect it from being sold off in at rade deal. ”

“Legislation to return the NHS wholly to the care and responsibility of public service and ending privatisation is the only cast-iron defense against a Johnson-Trump deal.

“Only this will guarantee for our children the future of the NHS as a public service for all.”

The Mirror previously reported how The Office of the US Trade Representative published a summary of objectives for US-UK trade negotiations after Brexit.

It says US pharmaceutical firms want “full market access for US products”.

The amendment was supported by Labor, the Green Party, theSNP, Plaid Cymru and a numbe

The Conservatives and the DUP voted against the amendment, along with a group of Independents, while theLiberal Democratsabstained.

We Own It and Keep Our NHS Public have launched a public campaign where constituents are asking their MPs and parliamentary candidates to sign a pledge committing to end NHS privatisation.

Nearly 900, 000 people have signed a petition to keep the NHS out of any trade deals.

A government spokesman said about the poll: “The NHS is not, and never will be, for sale to the privat e sector, whether overseas or domestic. The government is committed to the guiding principles of the NHS – that it is universal and free at the point of need.

“As we leave the EU, the UK will continue to ensure that public services – including the NHS – are protected in all trade agreements it is party to, whether transitioned from an EU context or as a result of new negotiations. ” 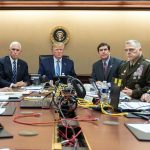 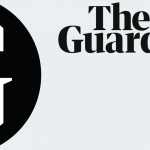