He was speaking in Nagasaki at ground zero of the second of the two 1945 US atomic bombings on Japan.

After laying a wreath of flowers and praying in the rain at the foot of the memorial to the victims, Pope Francis said the place stands as a stark reminder “of the pain and horror that we human beings are capable of inflicting upon one another “.

“Convinced as I am that a world without nuclear weapons is possible and necessary, I ask political leaders not to forget that these weapons cannot protect us from current threats to national and international security.”

The pontiff visited Nagasaki – and later Hiroshima – at the start of his three-day trip to Japan aimed at emphasizing his call for a global ban on atomic weapons.

He added: “Peace and international stability are incompatible with attempts to build upon the fear of mutual destruction or the threat of total annihilation.

“They can be achieved only on the basis of a global ethic of solidarity and cooperation.

“In a world where millions of children and families live in inhumane conditions, the money that is squandered and the fortunes made through the manufacture, upgrading, maintenance and sale of ever more destructive weapons, are an affront crying out to heaven . “

Several years ago, Pope Francis was given a photograph of a Nagasaki boy carrying his dead baby brother on his back en route to a crematorium after the bombing.

He has since distributed tens of thousands of copies of the photo, with the words “The fruit of war” printed on them.

A poster-sized version of the photo was displayed at the memorial, and he met the widow and son of the American military photographer who shot it, Joe O’Donnell.

The first US atomic bombing on Hiroshima on 6 August 1945 killed 140, 000 people, and the second one dropped three days later on Nagasaki killed another 74, 000 by the end of the same year.

Many of the survivors have suffered the lasting impact of radiation and developed various forms of cancer. 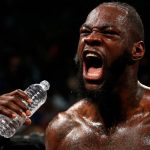