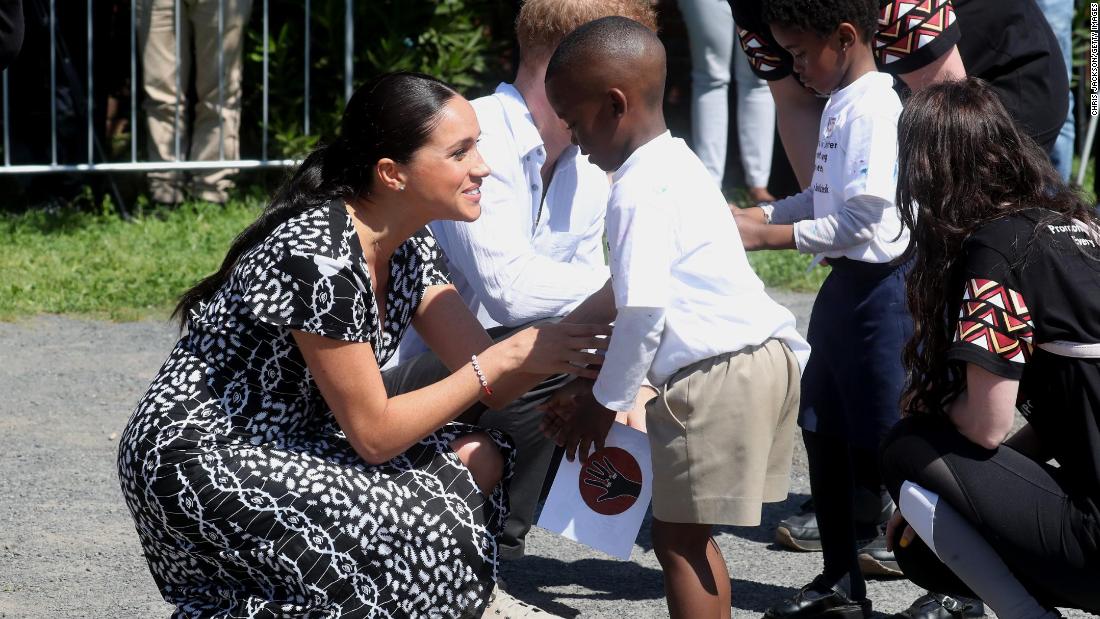 Sue Freeling, a Cape Town resident of 25 years, is one of those who has come downtown today in the hopes of catching a glimpse of the royal couple.

She says what draws her to the couple is the fact they seem so genuine.

“[Meghan] is representing being a mother, being a wife and woman of color in the royal family – it’s fantastic, ”Sue told CNN.

She is an enthusiastic fan of the royals, and says Diana’s legacy continues to be remembered fondly here in South Africa. She adds that Harry has links here as well.

Standing next to her, a young family can’t help but get caught up in the excitement.

Roxanne Naidoo, her husband Mark and daughter Michaela Grace, from Durban, are in Cape Town to see a family member, but said they couldn’t miss an opportunity to participate in the royal visit.

“We were just talking and saying abuse against women, it’s really good to know that she has added that to her [part] of the royal tour, ”Roxanne told CNN. “That’s what South African women need to hear.”

Outside the District Six museum in Cape Town, lines of royal fans have started to arrive and grab spots behind the cordon in anticipation of Harry and Meghan’s arrival.

The Sussexes have now departed Nyanga township and are headed to their next engagement in District Six, a former inner-city mixed-race neighborhood where freed slaves, migrants, workers and merchants lived alongside each other for decades.

In 1966, the government declared it a whites-only area and more than 60, 000 residents were forcibly removed and relocated to the Cape Flats township.

Meghan, the Duchess of Sussex has hailed the “incredible work” done by a South African community group to combat gender-based violence.

“You are incredible and what you are doing is so powerful because you are so powerful,” she told workers and volunteers at the Justice Desk in Cape Town’s Nyanga township. “The work that is being done here to keep women and children safer is needed more than ever.”

Meghan said she and Prince Harry had been following South Africa’s gender violence crisis as much as they could from afar, but that they were keen to learn more now that they were in the country .

“We are eager to learn and see first hand the vital work that you’re doing … on the ground to make the change, not just that you need but also deserve. ”

The rights of women and girls is something that is very close to my heart… I know that when women are empowered the entire community flourishes, “Meghan continued.

“On one personal note, may I just say that while I’m here with my husband as a member of the royal family, I want you to know that for me, I am here has a mother, as a wife, as a woman, as a woman of color and as your sister, “she added.

Visiting a project that provides self-defense classes and female empowerment training to girls and young women on the first day of a royal visit to South Africa, Prince Harry says it is time to rethink what masculinity means.

“Touching on what your president said last week: No man is born to cause harm to women. This is learned behavior and a cycle that needs to be broken, “the Prince told a cheering crowd outside Nyanga Methodist Church in Cape Town.

Now it’s about redefining masculinity. It’s about creating your own footprint for your children to follow in so that you can make a positive change for the future. “

Beaming from ear to ear, Harry thanked the crowds of well-wishers who had gathered in Nyanga township to welcome him and Meghan, the Duchess of Sussex.

“I wanted to ensure that our first visit as a family, with my wife by my side, focused on the significant challenges facing millions of South Africans, while acknowledging the hope that we feel so strongly,” he told the crowd .

Harry said the couple was “incredibly grateful” to have the chance to listen and learn about “the issues that define your daily lives in these communities. “

” That’s what this is – a community. A community where men and women have a vital role to play. “

Meghan and Harry appear to be getting in the swing of things, just hours after touching down in South Africa.

The couple don’t seem to be letting the jet lag get them down, joining in the dancing in the sunshine outside Nyanga Methodist Church in Cape Town:

The Duke and Duchess of Sussex have begun the first engagement on their 10 – day tour of southern Africa.

Enthusiastic cheers and shouts greeted the royal couple as they arrived at Nyanga Methodist Church in Nyanga township, Cape Town, on Monday afternoon.

The couple spent several minutes greeting members of the community connected to the Justice Desk initiative while musicians and dancers continued to perform in the church courtyard.

Meghan excitedly chatted to several women and embraced a number of them outside the church.

Meanwhile Harry bent down to talk to children sat on the floor, all of whom were beaming at the opportunity to meet a special visitor.

With no formal arrival ceremony, Harry and Meghan will kick off their first visit to South Africa together with a visit to Nyanga township where they will attend a workshop put together by Justice Desk, a human rights organization that operates in South Africa, Zambia and Zimbabwe.

The organization educates children about their rights, self-awareness and safety, and provides self-defense classes and female empowerment training to young girls in the community.

The couple will meet Jessica Dewhurst, Justice Desk’s founder and aQueen’s Young Leader, and Theodora Luthuli, one of the group’s community leaders.

The engagement will begin with the students reciting “Our Deepest Fear,” the club’s anthem, before the girls break off into four training groups.

Ahead of their arrival at Nyanga Methodist Church, where the event is due to take place, children were dancing and singing in the sunshine while the media gathered nearby. 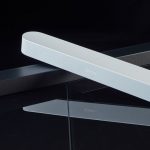 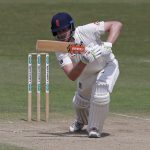