Processor Will Flash Freeze Bristol Bay Salmon in the Round in 2018, Hacker News

I shipped a word processor that formatted the hard drive every 1024 saves, hacker news


Two commercial fisheries veterans are renovating a former helicopter logging barge in Sitka this summer, with plans to use it as a floating processor in Bristol Bay in 2018, flash freezing up to 300, 000 pounds of whole sockeyesalmona day.

“We’re looking to start in the Ugashik,” said Pat Glaab, who is partnering with Ben Blakey in Northline Seafoods, to offer harvesters not equipped with cooling systems on their fishing vessels a method of delivering consistently high quality fish.

“The Bay is still struggling with getting refrigeration to fish,” said Glaab. “Our model is the fish are never better than when they come out of the water. We will park the barge where you would normally park a tender. We will give them slush ice, and all the fish they catch will go into the slush ice . “

Once the catch is delivered back to the barge, it will be flash frozen immediately.

By providing ice to their fishermen, Northline also hopes to substantially increase the incomes of those delivering to them, he said.

“We’re talking about 50 percent more for the same fish because they will have access to cooling, “Blakey said. “Our process makes that available to everybody who fishes for us.”

Glaab and Blakey said they are confident that the barge, once renovation is completed, will have the capacity to freeze up to 300, 000 pounds, or some 50, 000salmon,

“Last summer we frozen 10, 000 – 15, 000 pounds a day of pink, chum and Sockeyesalmonfrom Southeast Alaska, “Blakey said. “When our fish were compared with other product on the market, ours were consistently of higher quality than other headed and gutted coming out ofAlaskaat the time.

This summer in Sitka, Northline anticipates freezing a smaller volume of pink and chumsalmon, as renovation of the barge continues. “We are producing a product and proving you can preserve the quality of the roe and the fish, “Glaab said.

Flash freezing will also maintain the quality of the head, guts and fish oil, all with potential marketability in products including fish meal and pet foods.

One of Northline’s markets in Asia, in fact, sells repurposed fish heads to the public, Blakey said.

” This can’t be anything but helpful, “said Norm Van Vactor, president and chief executive officer of the Bristol Bay Economic Development Corp. at Dillingham, anotherseafoodindustry veteran .

“In rural locations the cost of production is signi ficantly higher than doing it in other places, “he said. “Freezing fish appropriately in the round means you can process the fish in a preliminary stage with minimum cost.”

“It’s not for everyone, but it will certainly be a viable solution and a positive forward step for certain areas, areas that might not justify a large shore based processing facility and the cost of tendering with it.

“You can scale an operation like this to the need,” Van Vactor said. “At Togiak, when they first started talking about aseafoodplant, a major issue was getting a discharge permit, because the area is shallow with not much tidal movement, and they would have had to run a pipe for miles. Their plant now has to tow the guts out to sea. An operation that does not require a discharge permit, you could put into problematic areas like that. Their (Northline) production facility will not generate discharge. “

Northline’s floating processor plan has also generated a lot of interest fromcommercial fishingoperations in Asia, in places where it is difficult to build processing facilities, Glaab and Blakey said.

“We are a problem solving company,” Glaab said. ” saying there are problems that can be solved, and right now we are concentrated on solving this problem for Bristol Bay. “

Northline has a facility in an industrial park in Sitka, 7, 200 square feet of shop and waterfront space. “The city of Sitka is helping to facilitate turning this (industrial park) into a marine center in Sitka, “Glaab said.” We feel this is a community that will support hiring engineers and the kind of science people we need to carry on our mission. This is a high quality place to live and they are very supportive. It is a huge fish port with a lot to offer.

“Our goal is to add value to what is there. We are trying to make the pie bigger, basically adding value that is not currently there. “

Glaab spent several years working on having ice barges provide fishing vessels in Bristol Bay with ice. While there were some technical problems, the research showed the difference between iced and not iced for sockeyes. “If they had ice and were selling on the same markets as everyone else, there was a $ 70 million difference for Bristol Bay annually, at current market values. “

Glaab started out working for Sitka Sound Seafoods while in high school, contracted to run a buying scow. He bought trolled fish, halibut and blackcod.

“They were fishing with no ice,” he said. “That’s where I learned refrigeration. I bought textbooks on refrigeration. We made ice and gave it out to trollers and they could make trips with good ice.”

By 2000 Glaab was working for Leader Creek Fisheries, building its plant at Naknek for John Lawrence.

Blakey, a lifelong participant in the Bristol Bay fishery, got his start working summers with his family’ssalmonprocessing business, Snopac Products. Inc. He is also a veteran harvester in the Bay.

Both men are also intent on reducing the waste in the industry. Once the whole fish is frozen it is impervious to time and none of it is wasted, they said.

“A smaller facility can process the fish and do a good job of every part of it , “Blakey said. “We can take all the mature roe and immature roe, and retain it all if you are set up for it,” Glaab added.

“The main goal is to establish whole fish as a viable product form that can perform better than an H&G product, “Blakey said. “Sixty percent of wildsalmoncoming out ofAlaskaleave as H&G and frozen, and the vast majority of it is reprocessed,

“We are trying to sell a premium product affordable to retail customers. If we are able to provide reprocessors with competitively priced high qualitysalmon, that will give value to harvesters and consumers. “ 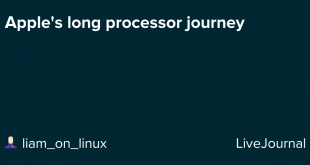