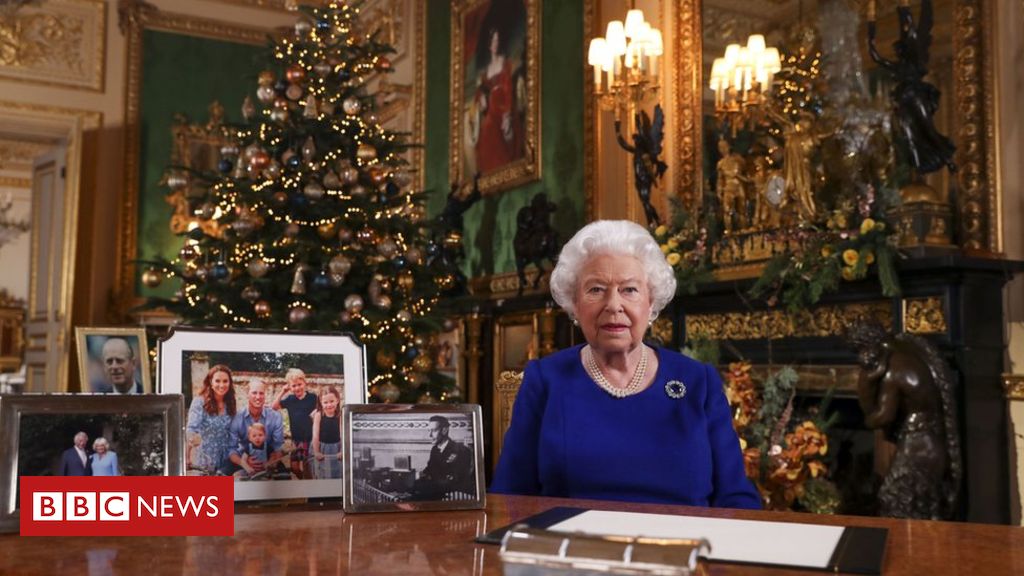 The Queen will use her Christmas Day message to acknowledge that has been “quite bumpy”.

She will say the path is never “smooth” but “small steps” can heal divisions.

It comes after a year of intense political debate over Brexit, as well as a number of personal events affecting the Royal Family.

Her husband, the Duke of Edinburgh, 728, isspending a fourth nightin a London hospital after being admitted in relation to a “pre-existing condition”.

Buckingham Palace said the duke had gone to the King Edward VII hospital on his doctor’s advice for “observation and treatment”.

on Monday: “He’s being looked after very well in hospital. At the moment that’s all we know.”In January, the Duke of Edinburgh wasinvolved in a car crash while driving near the Queen’s Sandringham estate in Norfolk. Prince Philip escaped uninjured, but two women required hospital treatment.

In September, the Duke and Duchess of Sussex publicly revealed their strugglesunder the media spotlight during their tour of southern Africa.

Last month, the Duke of York withdrew from public lifeafter a BBC interview about his ties to sex offender Jeffrey Epstein, who killed himself in August.

She refers to the life of Jesus and the importance of reconciliation, saying “small steps taken in faith and in hope can overcome long- held differences and deep-seated divisions to bring harmony and understanding “. (************”

“The path, of course, is not always smooth , and may at times this year have felt quite bumpy, but small steps can make a world of difference. “

It has been a year which, at times, may have felt “quite bumpy”, so the Queen will say in her Christmas broadcast .

It is a choice of words which will inevitably prompt speculation about what it is that she’s referring to.

She does not offer any clarification herself, though the remark is made in the context of overcoming what she calls “long-held Differences “and how” small steps taken in faith and in hope can overcome deep-seated divisions. “

The obvious interpretation is That this is the Queen’s – as ever – coded message to the country to try to move on from the divisions of the Brexit debate, but the reference to a “bumpy” year may also be taken to refer to events within her own family after a year which has seen the Duke of Edinburgh’s car accident, the Duke and Duchess of Sussex complaining about the difficulties of being in the public eye and the controversies around Prince Andrew.

The Queen will be hoping that for Christmas she will at least be reunited with her husband, and his family will be hoping he’s well enough today to join them at Sandringham.

The Head of state – who is publicly neutral on political matters – will also use her message to highlight the th anniversary of the World War Two D-Day landings, and how former “sworn enemies” joined together in friendly commemorations to mark the milestone this year. In June, the UKhosted an event in Portsmouth

The Queen said: “By being willing to put past differences behind us and move forward together, we honor the freedom and democracy once won for us at so great a cost. “

The broadcast was produced by the BBC and recorded in the green drawing room of Windsor Castle after the general election.The Queen wore a royal blue cashmere dress by Angela Kelly, and the sapphire and diamond Prince Albert brooch, a present from Albert to Queen Victoria on the eve of their wedding in (***************************************.

She is filmed sitting at a desk featuring photographs of her family, including one of the Prince of Wales and Duchess of Cornwall, and a black-and-white image of the Queen’s father, King George VI.

There is also a photograph of of the Duke and Duchess of Cambridge and their children – Prince George, Princess Charlotte and Prince Louis – perched on and around a motorbike and sidecar – an image used for the couple’s Christmas card.

On Monday, the Duke and Duchess of Sussex revealed their festive greeting via the Queen’s Commonwealth Trust Twitter account.

It features a photograph of Harry and Meghan with their seven-month-old son Archie crawling towards the camera, and a message reading: “Merry Christmas and a happy new year … from our family to yours.”

The card was emailed to friends and colleagues on Monday, with hard copies sent to family.

The couple are currently spending time in Canada while taking a festive break from royal duties with their son, who was born in May.

In the interview,Prince Andrew defended his relationship with Epstein, who took his own life in August while awaiting trial on sex trafficking charges.

The prince was heavily criticized for showing a lack of empathy towards Epstein’s victims and little remorse over his friendship with the disgraced US financier.

He later issued a statement saying he continued to “unequivocally regret my ill-judged association with Jeffrey Epstein” and he deeply sympathised with everyone who was affected. 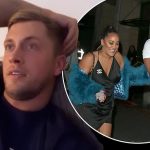