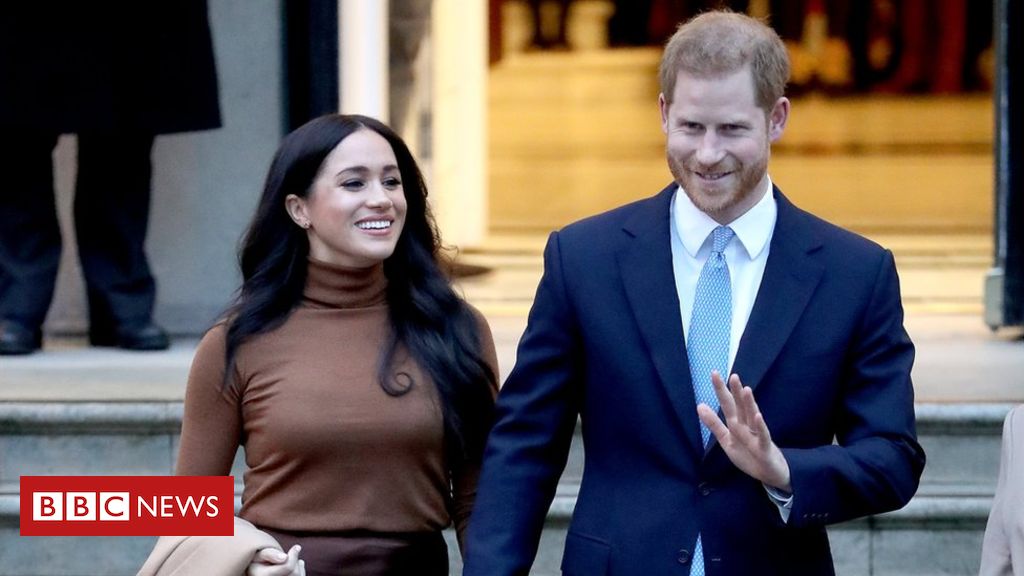 The Queen has agreed a “period of transition” in which the Duke and Duchess of Sussex will spend time in Canada and the UK.

She said she is “entirely supportive” of their desire for a new role but “would have preferred” them to remain full-time working royals.

She expects final decisions to be made in the coming days, she said.

Senior royals have been in talks about Prince Harry and Meghan’s role after they said they wanted to “step back”.

In a statement, the Queen said the talks at Sandringham, which also involved the Prince of Wales and the Duke of Cambridge, had been “very constructive “.

” My family and I are completely supportive of Harry and Meghan’s desire to create a new life as a young family, “she said .

“Although we would have preferred them to remain full-time working members of the Royal Family, we respect and understand their wish to live a more independent life as a family while remaining a valued part of my family.”

She said that it has been agreed that there will be “a period of transition in which the Sussexes will spend time in Canada and the UK” after Harry and Meghan “Made clear that they do not want to be reliant on public funds in their new lives.”

“These are complex matters for my family to resolve, and there is some more work to be done, but I have asked for final decisions to be reached in the coming days, “she said.

The urgent talks were convened after the Sussexes surprised the rest of the Royal Family on Wednesday with a statement expressing their desire to “step back as ‘senior’ members of the Royal Family” and for a “new progressive role”, where they would be financially independent and divide their time between the UK and North America.

The talks took place as

Prince Harry and Prince William issued a joint statement denying ” false claims “that their relationship had been damaged by” bullying “on the part of the older brother.

They said that the “inflammatory language” was “offensive” and “potentially harmful”, given their support for mental health causes.

‘The Queen’s regret is obvious’

This is a remarkably candid and informal, almost personal, statement from the Queen.

Her regret over Harry and Meghan’s move is obvious – she would have preferred them to stay in their current roles.

But she also makes clear that they are still royals and that they will be valued in the family as they become a more independent couple.

There are buckets of outstanding questions – on their future royal role, their relationship with the rest of the Palace, on who will pay what (not, the Queen says, the taxpayer), and on how Harry and Meghan will support themselves.

There’s still a lot to thrash out and to agree on. Not all of it may become public.

And it looks like the Queen sees this as a process, not an event. She writes of a transition period when Harry and Meghan divide their time between Canada and the UK.

The Queen has asked for decisions to be made over the next few days. But those decisions may well be up for review in the coming months and years.

Historian Robert Lacey told the BBC Radio 4’s PM program the Queen’s statement following the meeting was unusually personal, with several references to “my family” and “my grandson “.

” It is remarkably hands-on. I mean it may have been processed through officials but this is the Queen, speaking to her people and speaking about her family, and I think coming right through it is the concern she feels, “he said.

Instead of using the formal titles of the couple – the Duke and Duchess of Sussex – the Queen simply called them “Harry and Meghan”.

In their statement on Wednesday, posted on the couple’s official Instagram account, the duke and duchess said they intend to “step back” as senior royals, spending time in North America, while “continuing to honor our duty to the Queen, the Commonwealth, and our patronages “.

I t came after an interview last October, when Prince Harry and Meghanpublicly revealed their struggles under the media spotlight.

The couple were already preparing to launch their own Sussex Royal charity, which they set up after splitting from the Duke and Duchess of Cambridge’s foundation in June last year.

It was revealed in December that the couple

had made an application to trademark their Sussex Royal brandfor items including books, calendars, clothing, charitable fundraising, education and social care services. 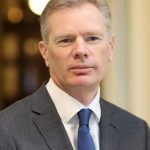 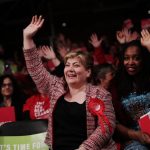