NEW DELHI: Some quick thinking and a bit of hard bargaining rolled out the Congress-JMM-RJD “mahagatbandhan” well in time to challenge the serving BJP in the tribal state.
After initial talks,Congressconveyed toHemant Sorenthat JMM would lead the alliance with the maximum seats and the national party would settle for a junior role. The gap in seats conceded was wide enough to reassure the tribal leader. This was much before the poll process got under way.
However, Congress, steered by party in-charge RPN Singh, kept a card to itself. Soren was keen to be declared the chief ministerial face and while Congress was agreeable to the idea, cognisant of the fact that the alliance would need a push from the restive tribal community, it felt it could use it to its advantage to get more seats.
Finally, JMM parted with 90 for Congress and seven for RJD, and Congress announced Soren as the face of the coalition.
The timely, bickering-less opposition alliance with a tribal mascot presented a sharp contrast to the dissent in BJP against chief ministerRaghubar Dasand ally AJSU’s defection. It gave Congress a leg-up in the war of perception in a state where political uncertainty has often been the norm, which then added the sweetener of a populist manifesto.
On Monday, a gleeful Congress joined another coalition government, after unexpectedly coming to office with the Shiv Sena and NCP inMaharashtralast month. The vindication in the form of a bigJharkhandwin gives Congress a robust talking point in national politics. Just when the party has taken an uncompromising position against the Modi government on CAA / NRC, and sought to generate nationwide mobilisation, the news of BJP’s electoral defeat in its stronghold adds to the perception of a saffron slide.
Not surprisingly, Congress led by veteranGhulam Nabi Azadwas quick to blame BJP’s defeat on the Modi government failure on the economic front and “its use of NRC to divert focus from pressing issues”.
Just six months after a saffron sweep in the 2019Lok Sabhaelections, the back-to-back improved performance by the opposition, starting with Haryana and Maharashtra, provides some traction to saffron rivals who till recently, BJP assumed, were in for a long winter.
A slowing economy, which some experts feel is in for a prolonged crisis, coupled with a slump in electoral performance make for serious challenges for the saffron camp. There is, however, some danger of over-reading state polls as Congress discovered after BJP losses in December 2019. The Modi factor swept aside challenges in the Lok Sabha polls after some swift counter-measures and opposition’s likely PM nominees failed to catch the popular imagination.
Now, after the street chaos over NRC and charges of illiberalism finding a global echo in media commentaries and expressions of concern, Congress believes it has a winning argument in the non-stop political wrangling on the national stage.
Jharkhand could be a key catalyst in the opposition offensive. 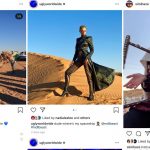