Some days ago, driven by boredom, I implemented my own Markov chains in Haskell by following this greattutorial. Markov chains can be a way of implementing really fun “dumb” group chat bots, that can generate new random messages that sound realistic based on the previous history of the chat. From Wikipedia:

A Markov chain is a stochastic model describing a sequence of possible events in which the probability of each event depends only on the state attained in the previous event.

Here’s agreat articleintroducing the concept of Markov chains. In the case of a group chat bot, each state (or node of the graph) is one of the words that was previously sent in the messages, and each probability of transition towards another state (word) is based on the frequency of the first word (transition’s source state) being followed by the second one (the transition’s destination state).

After coding a simple Markov chain on words in Haskell, I’ve noticed that it was really slow and resource intensive even on a few thousand of messages. This was because the model was calculated by summing the frequency of word pairs and it was kept in memory inside of aData.Mapstructure.

Although the Haskell implementation can get much faster if optimized, my friendFrancescoshowed me his amazing implementation of Markov chains on words madein plain sh and awk, in ~ 20 lines of code.

His project is split in 2 programs. The first one,mrkfeed.awkis a really simpleawkprogram that separates words on a line into pairs of words, separated line by line.

The first step is creating a model for the Markov chain. Here’s what will be into the model file when we run./ mrkfeed.awk, (piped intosortfor readability)

The next step is generating a new random message with./ mrkwords.sh model.mrkdb 50 tr ' n' '' && echo

The presence of duplicate lines in the model is what gives it the power of weighed probability, perfectly modeling the process of random extraction, making the generated models real Markov chains. Doing this with plain unix tools makesmarkov.shincredibly fast, because it is sacrificing disk space by storing duplicates in exchange for a huge improvement in the complexity of the computations. Although Markov chains are often considered complex, this small shell program shines in showing the real underlying simplicity.

Here’s a commented version of./ mrkwords.sh

In this example it generates a random fortune, modeled from thegoedelfortunes contained in the famousfortune-modpackage. 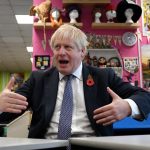 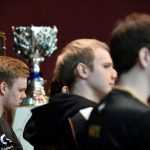