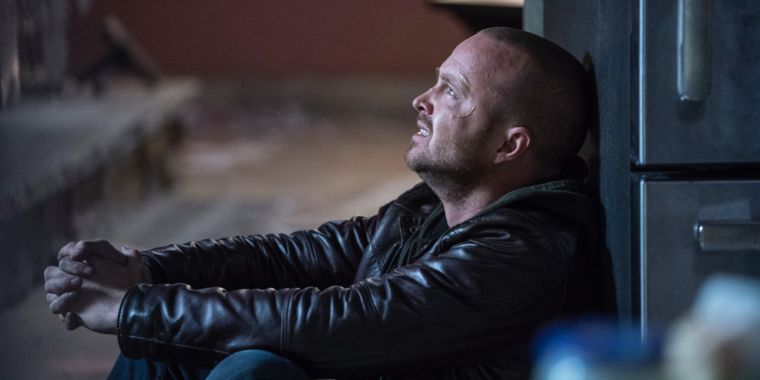 The series finale ofBreaking BadHas been touted as one of the best series finales of all time by critics, as former high school chemistry teacher-turned-meth manufacturer Walter White faced the inevitable reckoning for his many crimes and misdeeds. But it left other narrative threads unresolved, most notably the fate of Walter’s former student and partner in the meth business, Jesse Pinkman. Series creator Vince Gilligan had long wanted to finish Jesse’s story, and the result isEl Camino: A Breaking Bad Movie, which debuted on Netflix last week, six years after the series concluded.

Breaking Badstarred Bryan Cranston as Walter , who is diagnosed with stage 3 lung cancer. Assuming his death is imminent, he frets about providing for his wife and kids. So he decides to put his chemistry expertise to use making methamphetamine, with the help of former pupil Jesse (Aaron Paul). This naturally draws the attention of Albuquerque’s criminal underworld. Further complicating matters is Walter’s brother-in-law, Hank (Dean Norris), an officer with the Drug Enforcement Administration intent on tracking down this mysterious new player nicknamed “Heisenberg.” Over the course of five seasons, viewers witnessed Walter’s gradual transformation from an uptight science teacher cooking meth inhis tighty-whitiesto amanipulative, cold-blooded killer.

Walter’s relationship with Jesse was always a central component of the series, but as their relationship fractured in later seasons — a casualty of their shared life of crime and the poor decisions each of them makes — Jesse’s story became less prominent. In the final season, Jesse turns on his former mentor to become an informant for Hank and the DEA. In retaliation, Walter asks a white supremacist gang called the Brotherhood to take Jesse out, but the hit goes horribly wrong. The Brotherhood kills Hank instead and takes Jesse prisoner, torturing him and forcing him to cook meth for them. A repentant Walter puts some affairs in order and sets out to rescue Jesse, rigging an M 60 machine gun to open fire automatically. In the ensuing shootout, pretty much everyone is killed. Mortally wounded, Walter begs Jesse to finish the job, but Jesse refuses and takes off in a Chevrolet El Camino as sirens approach. The police arrive right after Walter dies from his gunshot wounds.

El Caminotakes place in the immediate aftermath of theBreaking Badfinale, with Jesse driving off and laughing manically as squad cars rush to the burning carnage of what was once the Brotherhood’s meth lab. Jesse is still a wanted man, however, and seeks refuge with his old friends Skinny Pete (Charles Baker) and Badger (Matt Jones). They barely recognize him at first but help divert the police from his trail, as friends do. The rest of the film is Jesse figuring out how to escape and build a new life elsewhere despite all the obstacles he encounters along the way. Flashbacks are interspersed throughout as he works through all his psychological trauma.

Gilligan certainly knows how to tell a compelling story, as demonstrated by the success of his spinoff series,Better Call Saul.El Caminofrankly isn’t quite on that level, but it’s still an engrossing journey, carried by Paul’s powerful performance as the battered, bloodied, but not-quite broken Jesse. Tonally, it’s very much in theBreaking Badwheelhouse, alternating between violence and introspection, with unexpected moments of bleak humor mixed in. Case in point: Jesse goes to the apartment of his now-deceased Brotherhood keeper and chief torturer, Todd Alquist (Jesse Plemons), to take the cash he knows Todd hid there. He’s interrupted by two cops and surrenders — only to discover they’re actually thieves also looking for the loot. It’s a quintessentially Jesse screwup, throwing one more wrench into his escape plan.

Several familiar faces appear via flashback, notably Mike Ehrmantraut (Jonathan Banks), whom Walter killed in the final season when Mike tried to quit their “business” partnership; Jesse’s dead girlfriend, Jane (Krysten Ritter); and Walter himself, in a diner scene in which he laments that he waited until the end of his life to do something “special.” He urges Jesse not to make the same mistake.

But most of the flashbacks feature Todd, a true sociopath and cold-blooded killer who was one of the standout characters ofBreaking Bad‘s final season, played to perfection by Plemons. We learn a lot more about what happened to Jesse during his year of imprisonment, giving us a bit more insight into this badly damaged character. The scars on his face and body are just the outward manifestations of how long his road to recovery might be.

The tight focus on Jesse’s story, over such a short time period, is both a strength and a weakness forEl Camino, however. Gilligan is a master of juggling multiple storylines involving many different characters — one of the most impressive elements ofBreaking Bad, and the source of much of its rich narrative texture .El Caminois much more limited in scope.

The filmstarted lifeas a short 20 – minute mini-episode beforeballooning intoa feature, and at times it feels like one-third of aBreaking Badepisode. Apparently Gilligantoyed withthe idea of ​​working Walter’s family into the script — his wife, son, and widowed sister (Anna Gunn, RJ Mitte, and Betsy Brandt, respectively) —but ultimately decided against it. I get why he made that call. This is a standalone film within theBreaking Baduniverse, not a continuation of the original series, so focusing on Jesse makes narrative sense. But some of that rich texture is lost in the process.

Final verdict: fans will appreciateEl Caminoas a nice addition to the franchise, even if it’s not particularly necessary. It provides a fitting coda to Jesse Pinkman’s story, bringing some extra closure for one of our favorite characters in theBreaking Badsaga.

El Caminois currently streaming on Netflix , following a limited theatrical release. It will air on AMC at an as-yet-unspecified later date. 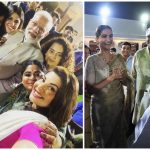