NEW DELHI: Reliance Jio Infocomm Ltd on Wednesday revealed the new tariffs of its ‘All in One’ plans with unlimited voice and data services. The new tariffs range from₹(a month to₹2, 199 for one year. The customers will get 28 days validity, on a top up of₹199, (days for₹) , 84 days for₹555 and 365 days for₹2, 199 recharge. The customers will now get 1.5 GB data per day instead of 2 GB earlier and unlimited Jio to Jio calling. The new rates will come into effect from 6 December.

While the tariffs have been hiked by up to 40%, customers will now get 300% more benefits, the company said in the statement.

Jio has also asked users to take full benefits of its old recharge plans by going for advance recharge plans before tariffs are increased. Before 6 December, to get 336 days of uninterrupted services, you can recharge four times with₹444 plan which offers you 2GB data per day. Each such₹444 recharge is valid for 84 days and buying four such plans will ensure that you get 336 days of service.

On 1 December, along with other telecom operators, Jio had announced that it will launch new all-in-one plans with unlimited voice and data.

Airtel has merged its popular₹169 and₹199 plans into a single₹248 pack. Their previous 28 – day validity remains the same. The tariff hike for users of its₹169 pack comes to be 47%, highest among its peers , although customers will now get 1.5GB of data per day, 50% more from what they were getting earlier and the same as what the₹199 plan user was enjoying. Vodafone Idea’s latest prepaid tariffs come with validity periods of 2 days, (days, (days and 365 days. 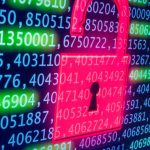 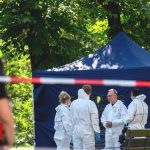