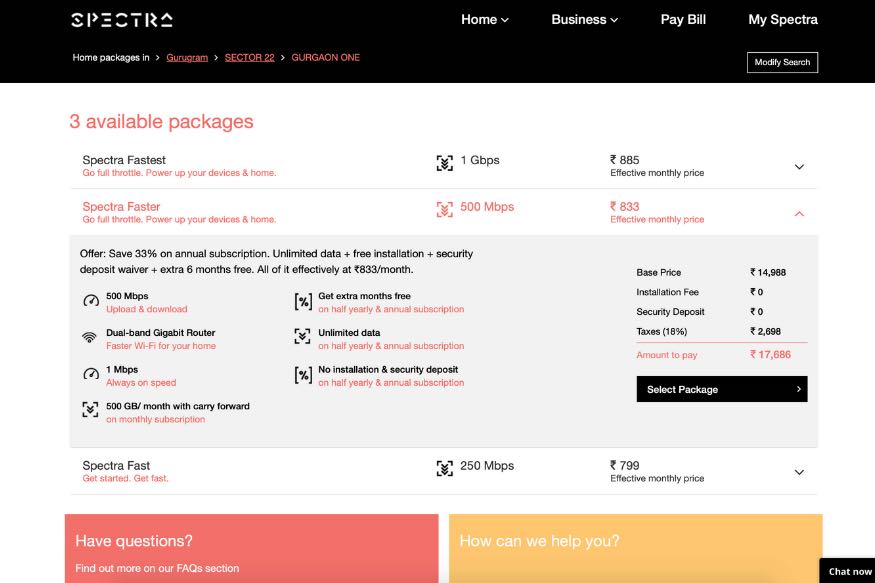 JioFiber and Spectra are both offering broadband plans with up to 1Gbps speeds.

JioFiber and Spectra are both offering broadband plans with up to 1Gbps speeds.

The home broadband battles are finally upon us. Reliance Jio has officially unveiled all the tariff plans for the JioFiber broadband and bundle services. The prices start at Rs 699 per month and go all the way up to Rs 8, 499 per month. Jio says that the JioFiber broadband services are now available in as many as 1, 600 cities across India. The speed, depending on which plan you select, will range between 100 Mbps and 1Gbps along with value adds such as subscriptions to OTT streaming services and more. This puts JioFiber in direct competition with Spectra, which has been offering high speed broadband in India for many years now. Spectra has two sets of broadband plans available for new and existing customers, depending on the region they live in.

Let us look at the Reliance JioFiber tariff plans first. The JioFiber entry price point is Rs 699 with the Bronze plan. This is limited up to (Mbps speed and bundles) GB of data. This includes 100 GB base data limit and 50 GB extra data, which will be available for 6 months. Once this Fair Usage Policy (FUP) is exhausted, there will be no extra charges for any additional data usage, though the speed will reduce to 1Mbps for the rest of the billing cycle. This also bundles three-month subscriptions to JioCinema and JioSaavn. The next JioFiber plan is called Silver and is priced at Rs 849 per month. This also offers (Mbps speeds and bundles) GB of data in total. This is divided as 200 GB base data and 200 GB bonus data available for 6 months. This also bundles three-month subscriptions to JioCinema and JioSaavn as well as three months subscription to video streaming OTT apps. For Rs 1, 299 per month, JioFiber you get access to the Gold plan which offers 250 Mbps of speed and 500 GB of base data limit with a 6-month extra benefit of 250 GB data.

If the higher 500 Mbps speed offered by Reliance JioFiber is what entices you, you will need to pay Rs 2, 499 per month for the Diamond plan with 1250 GB data plus the

GB extra data benefit which remains accessible for the next 6 months. This is also the plan from which JioFiber allows access to the immersive VR experiences and the First Day First Show movie release premieres as well as special sports events. The first 1Gbps plan called Platinum is priced at Rs 3, 999 per month which bundles 2, 500 GB of data every month. And then there is the highest spec plan called Titanium which is priced at Rs 8, 499 per month and offers 1Gbps speed with 5000 GB data usage per month. Get the best of News 18 delivered to your inbox –subscribe to News 18 Daybreak. Follow News 18 .com onTwitter,Instagram,Facebook, (TikTokand on (YouTube) , and stay in the know with what’s happening in the world around you – in real time. 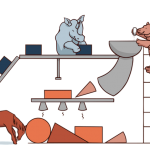 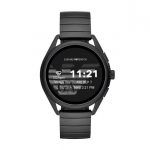