Here’s the problem with renaming: in casks, we follow a stricttoken referenceto avoid duplicates (it was an issue in the past). One of the rules that changed was the- appsuffix: initially you could never use it, then we made a special case for it, then we reverted to the original rule. For this to be renamed tomongodbappmakes it an outlier which will cause confusion. We’d be making thebrewusers less confused at the expense of thebrew caskusers.

If having themongodbcask referenced inbrew install mongodbis an issue, I'd prefer if a note about it were added ininstall, just like it was insearch. 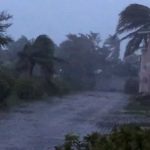