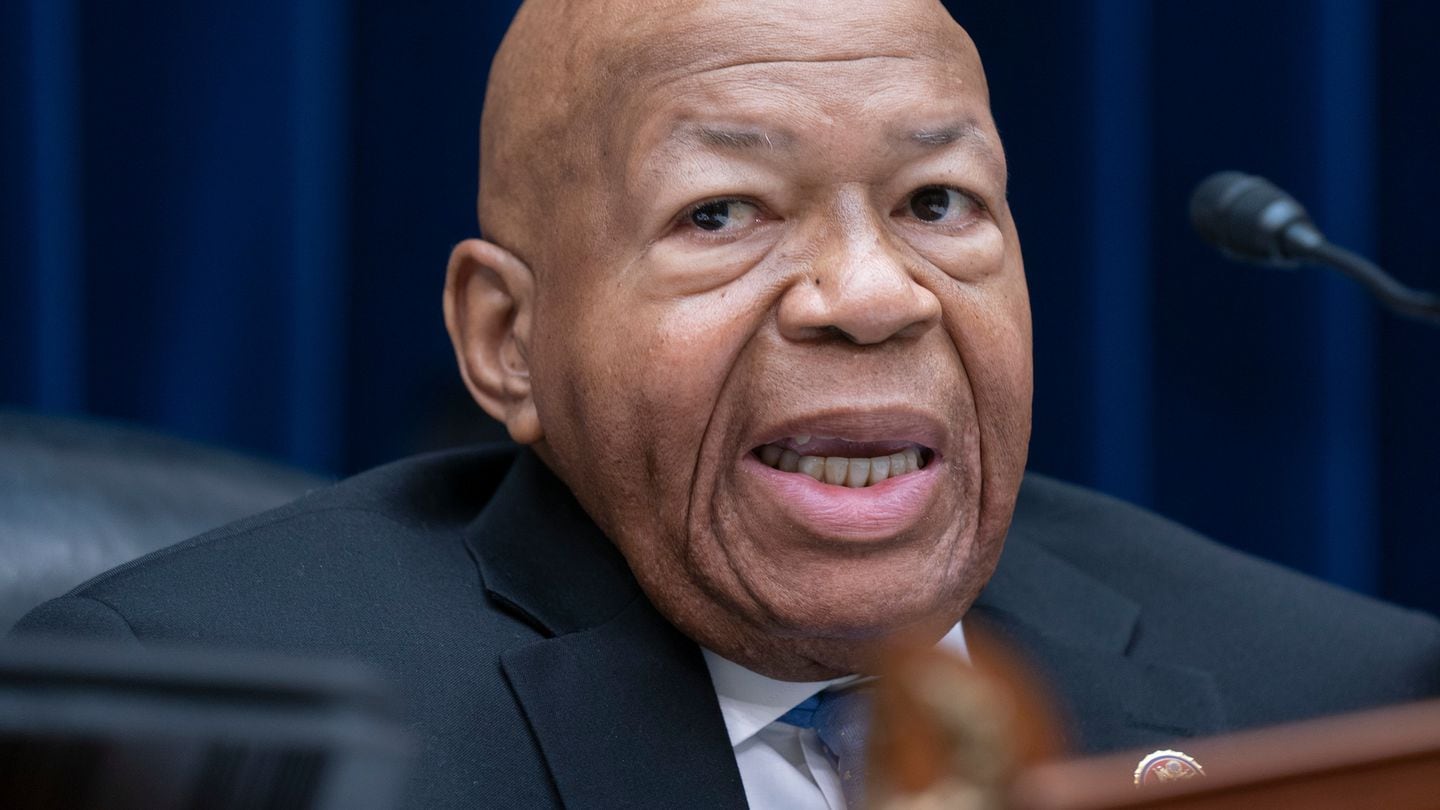 After undergoing an unspecified medical procedure, the Democratic leader did not return to his office this week, theBaltimore Sunreported. A statement from his office said that he had passed away due to “complications regarding longstanding health challenges.”

Born to a family of Southern sharecroppers and Baptist preachers, Mr. Cummings was chairman of the House Oversight and Reform Committee and a leading figure in the Trump impeachment inquiry. Cummings grew up in the racially fractured Baltimore of the 1950 s and 1960 s. At 11, he helped integrate a local swimming pool while being attacked with bottles and rocks. “Perry Mason,” the popular TV series about a fictional defense lawyer, inspired him to enter the legal profession.

“Many young men in my neighborhood were going to reform school,” he told the East Texas Review. “Though I didn’t completely know what reform school was, I knew that Perry Mason won a lot of cases. I also thought that these young men probably needed lawyers. ”

In the Maryland House of Delegates, he became the youngest chairman of the Legislative Black Caucus and the first African American to serve as speaker pro tempore, the member who presides in the speaker’s absence.

In 1996, he won the seat in the US House of Representatives that Kweisi Mfume (D) vacated to become NAACP president. Mr. Cummings eventually served as chairman of the Congressional Black Caucus and as ranking Democrat and then chairman of what became the House Oversight and Reform Committee.

He drew national attention as Secretary of State Hillary Clinton’s chief defender during 2015 congressional hearings into her handling of the attack three years earlier on US government facilities in Benghazi, Libya. The attack killed U.S. AmbassadorJ. Christopher Stevensand three other Americans.

He was “the quintessential speaking-truth-to-power representative,” said Herbert C. Smith, a political science professor at McDaniel College in Westminster, Md. “Cummings has never shied from a very forceful give-and-take.”

The death of Freddie Gray

Baltimore’s plight informed Mr. Cummings’s life and work on Capitol Hill, a connection exemplified by his response to the death of 25 – year-old Freddie Gray in April 2015 and the explosion of outrage that came after it.

Gray died of injuries suffered while riding, improperly secured, in a police van after he was arrested for carrying a knife, in his pocket, that police said was illegal. His death ignited rioting in Baltimore and elevated tensions nationally over perceived racism and excessive violence in law enforcement.

Speaking at the funeral, Mr. Cummings, who lived near where Gray was arrested, bemoaned the presence of media to chronicle Gray’s death without celebrating his life.

When looting began, hours after the funeral, Mr. Cummings rushed, bullhorn in hand, to a troubled West Baltimore neighborhood, where he worked to restore order and to assure residents that authorities were taking the case seriously. (Six officers would be charged in Gray’s death, althoughprosecutors failedto secure a conviction against any of them.)

Amid the unrest, he and a dozen other residents marched, arm in arm, through the streets, singing “This Little Light of Mine.”

Mr. Cummings was known for showing the same kind of commitment in the House. Thebullhorn he wielded in West Baltimorewas emblazoned with a gold label that read, “The gentleman will not yield.” It was a gift from his Democratic colleagues, bestowed after Rep. Darrell Issa (R-Calif.) Silenced Mr. Cummings’s microphone at a 2014 hearing into complaints that the Internal Revenue Service had unfairly targeted conservative nonprofit groups.

The next year, while serving on the House Select Committee on Benghazi, he sparred with Chairman Trey Gowdy (RS.C.)during hearingsRepublicans convened to examine Clinton’s role in the Benghazi debacle.

When Gowdy interrogated Clinton about Libya-related emails sent from a longtime confidant of hers, Sidney Blumenthal, Mr. Cummings interjected: “Gentleman, yield! Gentleman, yield! You have made several inaccurate statements. ”

Talking to reporters in the hallway later, Mr. Cummingssaid his primary purposewas not to defend Clinton but to seek “the truth, the whole truth and nothing but the truth.”

The experience didn’t appear to sour Gowdy on Mr. Gowdy

The first two years of the Trump administration, 2017 and 2018, were agonizing for Mr. Cummings, who was battling ill health, including complications of heart surgery, as well as political frustration.

Mr. Cummings said his efforts to work with Trump and members of the GOP majority in the House were fruitless. He said that at the luncheon after Trump’s inauguration and during other encounters, he urged the president to pursue policies that could unite the country and burnish his legacy. The congressman said after a few promising meetings, he stopped hearing from Trump.

“Perhaps if I knew then what I know now, I wouldn’t have had a lot of hope, “Mr. Cummings later remarked. “He is a man who quite often calls the truth a lie and calls a lie the truth.”

As ranking Democrat on the Oversight Committee, Mr. Cummings became a leading voice against the Trump administration’s efforts to add a citizenship question to the 2020 Census, a change critics contended would discourage participation by documented and undocumented immigrants alike.

He was also a forceful opponent of an immigration policy that separated thousands of children from their parents after they illegally crossed the southern US border. He described the Trump White House as inhumane in its use of “child internment camps.”

After Democrats won control of the House in the November 2018 midterm elections, Mr. Cummings was elevated to chairman of the Oversight Committee, a position he used to sound further alarms. He spearheaded probes into security clearances issued by the White House over the objections of career officials and payments made during the 2016 campaign to silence women who claimed to have had affairs with Trump.

Mr. Cummings had a combative streak, but he was adept at calming volatile situations, such as the sharp exchange between Rep. Mark Meadows (R-N.C.) And Rep. Rashida Tlaib (D-Mich.) During a hearing in February 2019.

The Oversight Committee was taking testimony from Michael Cohen, Trump’s former personal lawyer, and Tlaib accused Meadows of pulling a “racist” stunt by having a black woman, an administration employee, stand behind him. Meadows demanded her words be stricken from the record.

Mr. Cummings called Meadows “one of my best friends” and prompted Tlaib to say she was not calling Meadows a racist. By the next day, the conservative Meadows and liberal freshman Tlaib were hugging in public.

Elijah Eugene Cummings was born in Baltimore on Jan. 18, 1951. His father worked at a chemical factory, his mother at a pickle factory and later as a maid while raising seven children. Both parents came from sharecropping families in South Carolina. Although they struggled to feed their family, his parents would can apples and peaches and give half the preserves to people in need.

The proprietor of a Baltimore drugstore where Mr. Cummings worked paid his application fee to Howard University and, during Mr. Cummings’s time as a Howard student, regularly sent him $ 10 with a note that read, “Hang in there.”

At Howard, he served as student government president, and he received a bachelor’s degree in political science in 1973. He received a law degree from the University of Maryland three years later and practiced law, mostly in private practice, for nearly two decades.

He also helped law students develop their oral and writing skills as chief judge on the Maryland Moot Court, a competition in which students submit briefs and present oral arguments in a hypothetical appellate case.

In the Maryland House of Delegates, where Mr. Cummings served from 1983 to 1996, he championed a ban on alcohol and tobacco ads on inner-city billboards in Baltimore – the first prohibition of its kind in a major US

On Capitol Hill, Mr. Cummings was among the minority of House members and senators who voted in 2002 against authorizing a military invasion of Iraq. President George W. Bush’s administration, in the aftermath of the Sept. 11, 2001, terrorist attacks, was alleging that Iraq continued to possess and develop weapons of mass destruction. Mr. Cummings said there was not sufficient evidence of such weapons to “send our young people off to war and thereby place their lives in harm’s way,” an opinion supported by subsequent investigations.

Also in 2002, Cummings was elected chairman of the Congressional Black Caucus, a position he used to push for increased funding for public education and the Head Start program.

He was the only member of the House delegation from Maryland to oppose the release of the Starr Report, which contained salacious details of President Bill Clinton’s affair with White House intern Monica Lewinsky.

His first marriage, to Joyce Matthews, ended in divorce after a long separation. In 2008, he married Maya Rockeymoore, a policy consultant. A complete list of survivors was not immediately available.

In the mid – 1990 s, he had financial difficulties. He was sued by creditors and owed $ 30, 000 in federal taxes, which he eventually paid. He told the Baltimore Sun that during his time as a congressman, he endured two winters without heat because he could not afford to fix his furnace.

He has said the money problems stemmed from his struggles to keep his law practice afloat while running for Congress and also from helping to support his three children. “I have a moral conscience that is real central,” hetold the newspaper. “I didn’t ask the federal government or anyone else to do me any favors.”

Mr. Cummings said he considered running to succeed Sen. Barbara A. Mikulski (D-Md.), Who did not seek reelection in 2016, but decided that he was needed in Baltimore to help the riot-torn city.

A member of New Psalmist Baptist Church in Baltimore, Mr. Cummings said he was driven by his faith and secure in his conviction that history would recognize his resolve to stand up for what he believed was right. 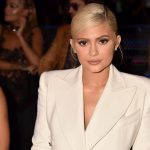 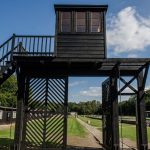