Homes for all the 60 British children still stranded in north-eastSyriahave been found in the UK as councils and relatives of the minors step forward to offer sanctuary, sources have revealed.

So far,three British orphanshave arrived home and are understood to have been temporary wards of court, but will not be placed into care after UK relatives contacted the Foreign Office and said that they wanted to house them.

The move comes amid mounting pressure on ministers to allow all British children who had been caught up in the conflict withIslamic Stateand are trapped in Syrian refugee camps to return to the UK before the harsh winter closes in.

Of the 60 British children in the war-ravaged north-east of the country , a small number are orphans and unaccompanied minors but the majority are with their mothers. Government policy is that the children in Syria should not be separated from their mothers, potentially complicating the repatriation and reintegration process.

Orlaith Minogue, humanitarian advocacy adviser atSave the Children, which has officials working in two centers in north-east Syria, said that from discussions with other organizations, care packages and other measures, such as deradicalisation programs, were in place.

“Speaking to the different actors, there is the resource, support and capacity for bringing these children home. In many cases, there’ll also be extended families who are desperate to take these children in. A lot of people have been in contact with the Foreign Office, ”said Minogue.

She added: “It’s safe to say this isn’t the first time the UK is going to be receiving children in this way – children who have lived through traumatic experiences, children who need to be connected up with family. The systems are in place. ”

However, those involved admit they are unaware of what the UK government’s next step might be, with fierce Home Office opposition to the repatriation of Islamic State returnees. Many believe ministers were bounced into accepting the three orphansafter theObserverrevealedthat home secretary Priti Patel had intervened to block a recent rescue operation to bring British children home.

Charities hope that the repatriation of the orphans, pushed through by the foreign secretary Dominic Raab, is not a political stunt. They also point out that the speed with which the orphans, who cannot be named for legal reasons, were removed from the country last week demonstrated howquick and safeany subsequent rescue operations could be.

“There is no indication yet what will follow. We believe the government will do what they can to repatriate the orphans and unaccompanied children and then look at the other children on a case-by-case basis, ”said Minogue.

The Home Office has stated that it would consider how to repatriate individuals in each case, although the authorities have generally been unenthusiastic about helpingBritons who lived under the “Caliphate”to return.

“What we need to see now is just how much urgency and resource the government is going to commit to getting these children out. The repatriation has shown it is possible, it is feasible, ”said Minogue.

Meanwhile, the repatriation of adult Britons to the UK took another turn as legal sources revealed there was now a “reasonable possibility” thattwo Islamic State membersaccused of involvement in the beheading of western hostages could be brought to the UK to face justice.

The Crown Prosecution Service is reviewing evidence and its previous decision not to prosecute El Shafee Elsheikh. Britain had previously backed a US prosecution of Elsheikh and Alexanda Kotey, fellow member of the so-called “Beatles” cell, expected to be tried in a US court in Virginia, a state that has the death penalty.

“British prosecutors now accept there is a reasonable possibility of Elsheikh returning to this jurisdiction,” said a source familiar with the case.

Kotey has already been charged with five murders and eight counts of hostage-taking, prompting confusion as to why no British authority has intervened to extradite him from US military custody to the UK to face justice. When theObserverasked why no attempt had been made to bring back Kotey for prosecution, a CPS spokesperson refused to comment. 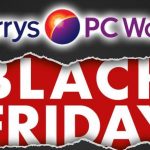