The increasing use of the so called “rough sex defense” by men accused of killing women has led campaigners to call for a change in the law.

Its use has increased 10 -fold since the turn of the millennium, according to one women’s rights group, the only body to carry out detailed research on the phenomenon.

It follows the conviction on Friday of a man, whomurdered British backpacker Grace Millane.

She was strangled by the man in his Auckland hotel room in December last year.

Jurors heard the defendant and Ms Millane had met via the Tinder dating app on 1 December, the day before her 22 nd birthday.

They spent several hours drinking cocktails in bars around Auckland before going to the man’s hotel.

Throughout the trial, the 27 – year-old, who cannot be named because of a court order, claimed that Ms Millane had died accidentally, the victim of extreme but consensual sex.

In the end, the jury found against the man, but not before intimate details of the young holidaymaker’s final moments were shared in open court, outraging her parents and prompting calls for a change in the law.

Susan Edwards, a barrister and law professor, has spent years campaigning for a change in legislation.

She said the New Zealand case was just the latest example of defense teams trying to capitalize on shifting attitudes towards increasingly violent sex.

“What’s happening is that the defense and the defendants are manipulating what is violent and misogynist violence against women and saying that they have asked for it, that they have consented.

“I think there’s been an alarming increase in the last few years of legal teams using this kind of defense and I think because there’s a narrative in society of pornography in the media and much more generally, then jurors might be more persuaded to accept that women are more consenting to this type of dreadful behavior.

“But it’s clear that defendants are in fact manipulating a narrative and women are being subjected to increasing levels of violence to which they have not consented.

“Rather than saying ‘she provoked me, I killed her’, they are now saying ‘this is what she wanted, she consented to this kind of behavior’.”

The verdict in the Grace Millane killing came just a week after a significant development in another high profile case in the UK.

Millionaire property developer John Broadhurst lost an appeal to cut his three-and-half year sentence for the manslaughter of his girlfriend Natalie Connolly.

An original murder charge was reduced to manslaughter after he successfully argued his partner had consented.

The case sparked the creation of the We Can’t Consent To This campaign group.

The group’s founder, Fiona MacKenzie, carried out detailed research into the increasing prevalence of defendants claiming a consensual sex act had gone wrong.

She told Sky News the so-called rough sex defense was being used more frequently in both murde r and assault cases, including those of 59 women who died at the hands of a sexual partner and seven men who died during sex with another man.

Ms MacKenzie said: “It’s absolutely terrifying and we’re seeing, particularly in injury cases as well, where women are forced to turn up to court and defend suggestions that they were a willing participant.

“I don’t think there’s any evidence that these women did consent to this. I think these men are inflicting horrible, sadistic sexual violence and are claiming this defense to get out of a more serious sentence. “

The campaign group said the number of rough sex defense arguments had increased 10 times in under two decades.

Ms Millane’s killer, despite his claims of consensual sex, never called the police and removed her body in a suitcase, before burying it in nearby woodland. 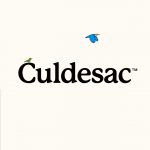