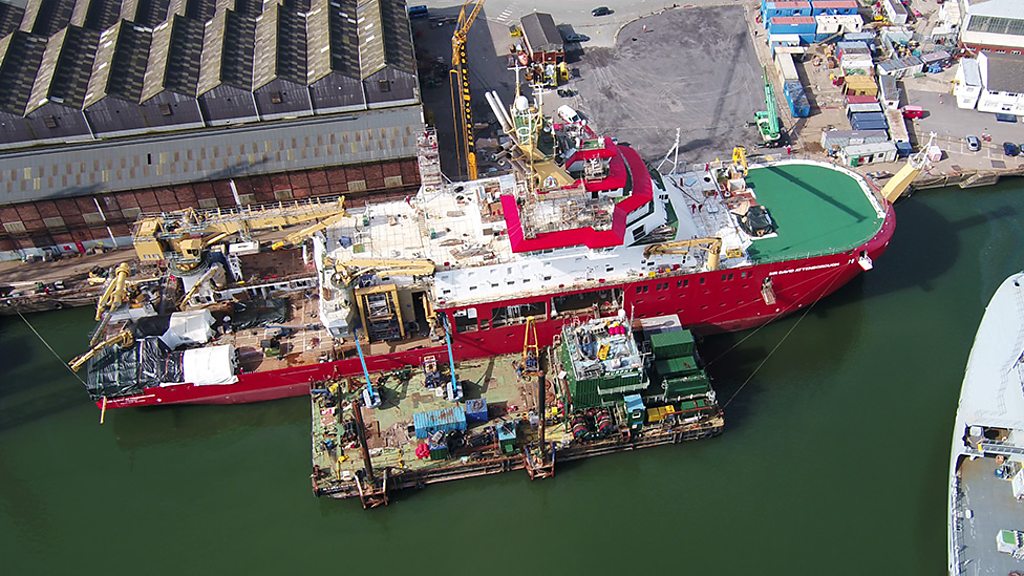 The Duke and Duchess of Cambridge will officially name the UK’s new polar research ship after Sir David Attenborough on Thursday.

The famous broadcaster and naturalist will be on hand to witness the ceremony, which is taking place at the Cammell Laird shipyard in Birkenhead.

In time-honored tradition, a bottle of champagne will be smashed against the vessel’s hull.

Some 200 children dressed as penguins will be among the large ticketed crowd.

The £ 200 m vessel was commissioned to replace the James Clark Ross and the Shackleton, which between them gave almost 50 years’ service in support of UK polar science.

The RRS Sir David Attenborough will now carry the union flag into the Arctic and the Antarctic.

This is the vessel an online poll had cheekily suggested be called “Boaty McBoatface” before ministers stepped in to end the joke.

That humorous moniker was given instead to the long-range robotic yellow submarines that will in future operate from the Attenborough.

The naming ceremony will be a moment for great celebration and pride in Birkenhead.

Yard workers, their families, VIPs and local residents will throng the quayside to see the royals inaugurate the vessel.

Its initial keel block was laid in October 2016, with the 10, 000 – tonne completed hull section entering the River Mersey in July last year. Final fixtures and fittings are almost in and it is expected commissioning trials will get under way in the coming weeks.

Its entry into service comes not a moment too soon.

Wednesday witnessed the publication of the Intergovernmental Panel on Climate Change’s (IPCC) special report on Earth’s oceans and frozen regions.

This document paints a grim pictureof rapid and accelerating losses from the ice sheets of both the far north and the far south.

It will be the job of the RRS Sir David Attenborough to go document the changes that are occurring and to help scientists work out how fast the melting will impinge on lower latitudes.

Already sea levels are rising globally by about 5mm per year ( taken over the past five years), with ice losses at the poles now considered to be the major driver of this trend.

By the year 2100, according to some scenarios, the oceans could be 1.1m higher than they are now, which would pose a major challenge to the viability of many coastal settlements worldwide.

Why does this ship matter?

The British Antarctic Survey, which has managed the UK’s polar fleet, needs a modern platform from which to conduct world-leading research.

The chartered RRS Ernest Shackleton has already been returned to its owner; the RSS James Clark Ross will be let go very shortly, too.

It is the view of the funding agency, the Natural Environment Research Council, that the more advanced Attenborough can fulfillil the tasks of both the earlier vessels – in research and in logistics . So, not only can its gear and labs do cutting-edge science, but it can carry numerous freight containers to resupply bases and expeditions in the field.

How special is the ship?

It is an icebreaker. There are different classes for this type of vessel but the specification says the Attenborough should be able to plow through 1m-thick sea ice at three knots (3.5mph / 5.5km / h).

This will soon be tested when the ship is taken out on trials in the Arctic.

The Attenborough has a helipad (helicopters are essential), cranes and onboard labs, and it has the ability to deploy subs and other ocean survey and sampling equipment.

One of its key features is an enclosed “moon pool”. This is essentially a huge hole running right through the middle of the hull. It will allow instruments to be lowered into – and recovered from – the sea when weather or dense sea-ice conditions would normally make such work very difficult.

The ship design, put together by Rolls-Royce, also enables near-silent running when required, meaning scientists can study sea creatures without disturbing them.

What happened to the “Boaty” name?

Boaty McBoatface lives on in the form of yellow submarines. The National Oceanography Center in Southampton has several of these long-range autonomous underwater vehicles.

When one of these is out on patrol, it carries the Boaty moniker.

The intention is that these Boaty-class subs will frequently operate from the Attenborough. They will be asked to go into places the ship itself cannot reach, such as under the colossal floating ice shelves that surround Antarctica. 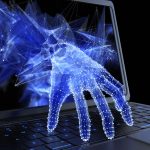