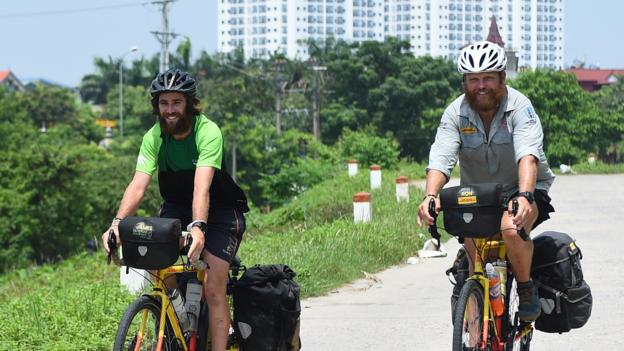 That is the distance between Twickenham Stadium, the home of English rugby, and Tokyo Stadium, where the first Rugby World Cup match in Asia will take place.

With fan packages costing as much as £ 20, 000 and flights around £ 600, the tournament in Japan is a big financial commitment.

From Wandsworth to Toyota without flying

Benny and Tanya Hawksbee are no strangers to big sporting events. After getting engaged at Euro 2016 in France, the now-married couple decided to step things up for the Rugby World Cup.

Tanya had just been promoted at work and the Wales fans had saved up for a house deposit, but decided there was a much better way to use the money: a two-month journey to watch their team in Japan.

The 39 – year-old – who turns 40 the day before the first semi-final – is afraid of flying so, inspired by the television show Race Across the World, the pair agreed to use other methods of transport.

They set off from Wandsworth, south London , on 2 July and have since been making their way across Europe and Asia by train, bus and boat, going through through 18 countries en route to To yota for Wales’ first match against Georgia on Monday.

“We kind of figured we were about to get ourselves into a massive mortgage and that would be it. We wouldn’t be able to venture any other way, “explains Tanya.

” So we had a moment. I was in the car driving home from work one day and I called Benny and said, ‘I can’t do this anymore. We need to get away ‘.

“Ben’s obsessed with the rugby, I’ve always wanted to visit Japan. It’s my first time traveling and I’ve embarked on this .

Benny’s highlight so far was 10 nights spent camping in the Gobi Desert, but the 33 – Year- old says that would be eclipsed should Wales win the World Cup for the first time.

“That would make the trip – it would be the pinnacle,” he says.

“It would be amplified by the fact that we’ve been away for such a long time. Our bank balance would be low but the emotions would be so high that it would be a fitting end to an amazing trip.

“We can’t book a flight or a ferry away from Japan until we know. If things look like they’re going well, then I can’t leave. It could be a once in a lifetime thing. “

The ‘non-cyclists’ who have ridden across the world

“I definitely wouldn’t call myself a cyclist.”

Those are the words of James Owens, who alongside Ron Rutland has been cycling from Twickenham to Tokyo since 2 February.

The pair have covered 12, 485 miles across 27 countries to reach the World Cup and raise money for the tournament’s official charity, ChildFund Pass It Back.

The feat is even more remarkable considering Owens spent most of 2018 recovering from a broken leg but he has kept going through sheer will.

“When I set off I didn’t really know what I’d got myself into,” the 28 – Year- old says. “I’ve just been stubborn, it’s a case of putting my head down and going until I get there.

” It’s almost so surreal that it doesn’t really sink in. I wouldn’t be surprised if it hits me during the opening game that I’m actually in a World Cup stadium and that it’s started. “

Spending more than seven months traveling together is quite an undertaking for the best of friends, but Rutland and Owens did not even know each other when the former first came up with the idea of ​​cycling across the world.

Rutland had a hip replacement in 2018 and consulted his doctor before the surgery about whether he thought the ride would be feasible after an operation.

That doctor was Owens’ father.

“At that stage who I was going to ride with was a detail I hadn’t even thought about. He asked if I minded if he told James about it,” says Rutland.

“I wasn’t expecting anything to actually come from it. Why would he sign up for at rip with someone he’d never met? We spent five days together in total before we started but we soon got to know each other.

“We’re still talking to each other so obviously it worked out OK. “

‘We’ve given up everything ‘

As unbelievable as it sounds, this is not the greatest distance Rutland has covered to follow his team, South Africa, to a World Cup.

When the tournament was staged in England in 2015, the 45 – year-old did the world’s first unsupported solo cycle through Africa to get there. It took him two years and three months and he traveled 26, 000 miles.

This time, he has been given extra responsibility. The duo have been carrying the match whistle for Friday’s opening game – Japan v Russia.

Their ride will officially come to an end when they hand it over to referee Nigel Owens on Thursday and Rutland says nothing will stop them getting there.

“We’ve both given up our jobs for this. We’ve given up everything for it,” he says.

“There was no lack of incentive to get up on those cold mornings when there’s snow and ice outside or you’re a bit grumpy or under the weather.

“It would have taken a whole lot to stop us getting to the end. “

And when you have given up everything for the trip of a lifetime, what comes next?

“We’ve still got six weeks in Japan to enjoy and watch South Africa regain the World Cup,” says Rutland. “Then we’ll decide what next.” 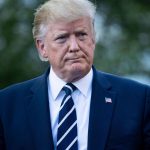 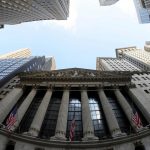