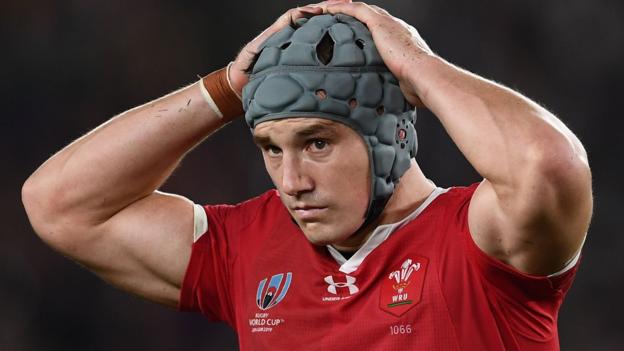 Wales missed out on a first World Cup final in gut-wrenching fashion as Handre Pollard’s 76 th-minute penalty snatched victory for South Africa in a gripping semi-final to set up a showdown against England.

The first half was a war of attrition, three Pollard penalties giving the Springboks a 9-6 lead as they sought to overpower Wales up front and kick them into submission .

Dan Biggar dragged Wales level with a penalty early in the second half, but then Damian de Allende burst through the Welsh defensive line to put South Africa 16 – 9 ahead.

Wales sensed they had to go for broke and, after boldly opting for a scrum rather than a penalty in front of the posts against their hulking opponents, they worked the ball wide for Josh Adams to dive over for a converted try that made it 16 – 16

That set up a captivating final 10 minutes in which Wales drove forward in desperate search of the score that would keep alive their hopes of ending Warren Gatland’s reign with the ultimate prize in rugby.

But they were denied as Pollard struck a fourth and match-winning penalty in the 76 th minute.

While South Africa can look forward to a final against England here in Yokohama next Saturday, Gatland’s final game as Wales head coach will be the third-place play-off against his native New Zealand in Tokyo on Friday.

Heartache has stalked Wales at recent World Cups – Sam Warburton’s red card in an agonising 2011 semi-final loss to France, and then an injury-ravaged side’s late defeat by South Africa in 2015 ‘s quarter-final.

This was another painful chapter to add to their story – with more than a passing resemblance to that match against the Springboks four years ago – and yet it was so close to being a different story.

Although this side contained four players from the 2011 semi-final and largely the same coaching staff, this was not a Wales team weighed down by history.

In head coach Gatland and captain Alun Wyn Jones, they had leaders who had experienced the pain of those previous defeats but were not consumed by it.

Even as injuries began to mount again in Japan – key players Liam Williams and Josh Navidi before this match, Tomas Francis and George North during it – Gatland and Jones were confident, relishing their tag of underdogs against South Africa, whom they had beaten in their past four meetings.

However, this was a resurgent Springboks side on the prowl for a third World Cup .

The respect was mutual during a cautious start in which both sides kicked constantly, eager not to make the first mistake.

When the errors did come, they were punished by th e goal-kicking of Pollard and Biggar respectively, South Africa nudging themselves narrowly ahead.

This was the kind of tight contest the Springboks wanted, and Wales struggled to impose themselves on a game in which the ball seemed to be eternally airborne or moving slowly at the bottom of a ruck.

Yet despite their struggles to attack with any cohesion, Wales dug in to keep their deficit down to 9-6 at half-time.

After Wales fought back from 16 – 0 down to beat France in their 2019 Six Nations opener, Gatland described his side as having “forgotten how to lose”.

They had demonstrated that resilience during this World Cup with hard-fought victories over Australia, Fiji and France in particular.

And in the absence of sparkling rugby in Yokohama, it was that will to win which Wales were looking to if they were to scrape past South Africa.

They found it to drag themselves level twice, with Biggar’s penalty and Adams’ try, a triumph of gumption and execution.

But ultimately, through a combination of the Springboks’ brutal physicality and their own mounting in juries, Wales could not find their top gear.

In previous encounters in Japan, it had not mattered; they had found a way to win.

But that was against a declining Australia team and a French side who had perhaps forgotten how to win these big matches.

This was against a South Africa side on their way back to claiming a seat at world rugby’s top table, a team that ruthlessly seized on any signs of weakness from their opponents to keep Wales still waiting, agonisingly, for a first World Cup final.

Whereas Wales were aiming to write a new chapter in their history, South Africa were looking to rekindle old glories.

World champions in 1995 and 2007, the Springboks had meandered in recent years, sliding down the world rankings and suffering chastening defeats such as a first loss to Italy and a 39 – 3 thrashing by Ireland.

They turned to Rassie Erasmus in 2018 as the man to halt that decline, and the former back-rower’s aim was to “redeem” the team by restoring the brute force up front for which the Springboks had so long been renowned.

They had only conceded three tries during this tournament and limited Japan to just three points in the quarter-final, ending the hosts’ run of scoring a try in 46 consecutive Tests.

It was no secret how the Springboks would look to beat Wales, and they lived up to the “kicking fest” Gatland prophesised before the match.

Erasmus ‘side bombarded their opponents with box-kicks, winning the aerial battle and flexing their considerable muscle in the scrum.

It was not pretty – and it might not have worried England head coach Eddie Jones, who was watching in the stands – but this was a brutal reminder that South Africa are once again a force to be reckoned with.

Man of the match – Handre Pollard

Wales coach Warren Gatland:“We probably gave away too many penalties in our own half and that cost us dearly.

” We never gave up and were in the arm wrestle.

“At 16 – 16 it was pretty close and you’re dreaming of the three points going our way.

“I am proud of them, we punched massively above our weight in terms of playing numbers in Wales, we gave 100% in a close contest. But South Africa deserved to win tonight. “

South Africa coach Rassie Erasmus:“We have so much respect for Wales and the coach, we thought they might pull it through late on but we had a bit of luck, but they are a class team. We are only half way there, we would love to win but we will play a class England outfit. You never know.

“The way our group stands together, no one cares who we substitute, we have a team spirit that will make the nation proud.” 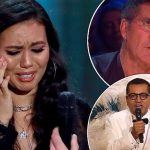