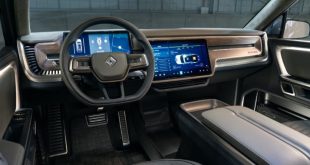 In its third year, hacking / coding challenge tests a range of skills.

It’s Veterans Day weekend again, which means it’s time for the return ofRunCode,anannual capture-the-flag style programming and information security competitionrun by a non-profit group formed by a collection of volunteers (many of them with day jobs in the military) three years ago.

Originally a straight coding competition that supported multiple languages, RunCode evolved last year toward more of a security focus — though its challenges still involve writing code to overcome the puzzles. Points are accumulated with the completion of each challenge, based on its level of difficulty. Currently, the contest features 17 “easy”, 9 “intermediate”, and 3 “hard” challenges. The tasks include challenges in networking, math, encryption, forensics, “pwning”, reverse-engineering, web hacking, among others.

The prizes include a one-year subscription to the penetration testing training siteHack the Box, aWiFi Pineapple Nanofrom Hak5, a4-gigabyte Raspberry Pi 4, a RTL software-defined radio kit, and a WarCollar Industries DopeScope 2.0 Wi-Fi hunting tool (very useful for finding Wi-Fi hotspots and catching the “fox” during wireless challenges at hacker cons). Depending on participation, more prizes may be added, according to event organizers.

The contest started at 5 PM Eastern on Friday, but it runs until 8 AM on November 11 – so you still have some time to rack up points if you want something else to do with your time beside watching sports ball.