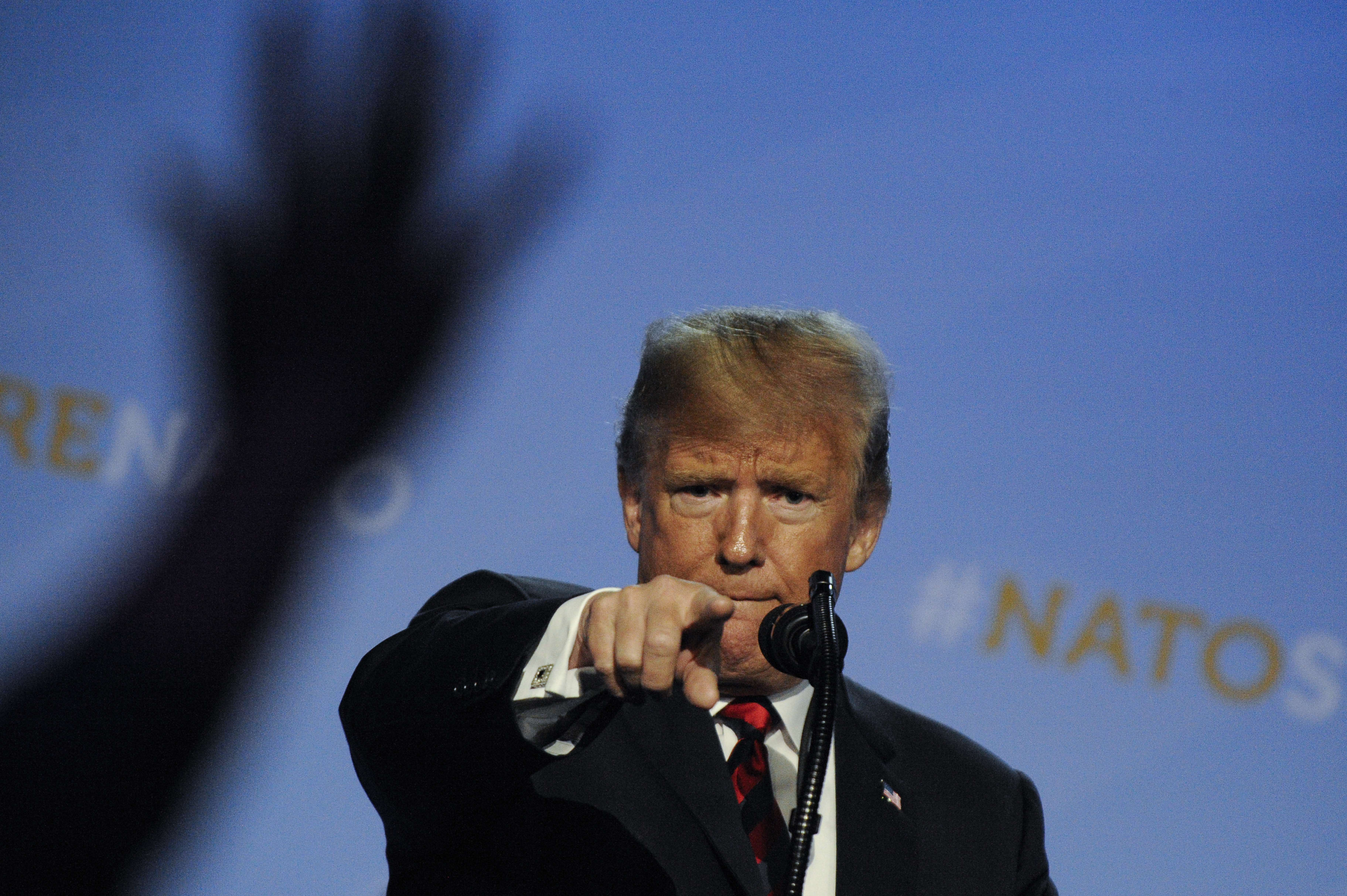 US president Donald Trump is seen during his press conference at the 2018 NATO Summit in Brussels, Belgium on July 12, 2018.

As heads of state and government meet in theUK , discussions are likely to focus on shifting geopolitical relations and military threats, that thorny issue of defense spending and, crucially, the alliance’s future.

NATO Secretary General Jens Stoltenberg said earlier this year that the summit on Dec. 3 and 4 will give members the opportunity to address “current and emerging security challenges and how NATO continues to invest and adapt to ensure it will remain a pillar of stability in the years ahead.”

The summit on the outskirts of London comes at a tricky time for NATO with unsettled relationships countering older insecurities like its relations with Russia. Furthermore, the commitment of its most powerful member, the US, to the alliance is now more uncertain than ever.

“Rarely has NATO not been under verbal siege over these past few months summit shows how NATO’s seventieth birthday is not being celebrated with great fanfare but instead with a degree of self-doubt, if not anxiety. “

That anxiety comes after a tough few years for the alliance, especially when it comes to the issue of who pays the most. NATO agreed at a summit in Wales in 2014 to reverse the trend of declining defense budgets and to raise them over the coming decade , a move that was designed to “further strengthen the transatlantic bond.” Then, members agreed to spend a minimum of 2% of their GDP (gross domestic product) on defense.

At last year summit in Brussels,President Donald Trumpchided other members of the group for not meeting spending targets agreed at the NATO summit in 2014.

Experts note that discussions at this NATO “Leaders Meeting,” as it’s being called, will be informed as much by issues not on the

“Member states will be keen to bring their political differences back behind closed doors, whilst emphasizing the military coherence and credibility of their alliance,” Sarah Raine , consulting senior fellow for geopolitics and strategy at the International Institute for Strategic Studies (IISS), told CNBC.

“The degree to which Europe should do more not just for itself, but also by itself, remains highly contentious. Assessment of the scope of NATO’s engagement on China’s challenge, inc luding the U.S. push to include the issue of 5G within these discussions, risk further highlighting these sensitivities, “she said.

Spending is likely to be a key issue again this week with the latest figures not making for comfortable reading. 2019, released in June, show that only the US, UK, Greece, Estonia, Romania, Poland and Latvia have met or surpassed that target. The highest defense spend was made by the US, at 3.4% of its GDP, while the lowest spend was by Luxembourg which only spent 0. 55%.

Given the slow progress made by members, Trump is likely to be heavily critical again. singled out for especially harsh treatment because of its budget surplus. The European nation only spent an estimated 1. 36% of its GDP on defense spending in 2019, setting up another potential clash with the US

US commitment to NATO

Defense spending, or the lack thereof, has created so much ire in Trump that there are reports that he frequently discussed pulling the US out of the alliance, even with Congressional support.

In July, he also likened countries not meeting the defense spend target, like Germany, to delinquents.

“We’re the schmucks that are paying for the whole thing,” Trump said at a rally in July. “Frankly, many countries owe us a tremendous amount of money for many years back, where they’re delinquent, as far as I’m concerned, because the United States has had to pay for them,” singling out Germany as “the number one “culprit.

Perhaps the only thing Trump has in common with his predecessor Barack Obama was their shared dismay at the perception that the US bears the brunt of NATO spending. Obama called out “free riders” in NATO that benefit from U.S. military support without contributing enough to defense themselves.

Ironically, questions over members’ commitment to NATO could come from closer to home (it’s headquartered in Brussels) with increasing talk in Europe about strengthening the EU’s cooperation and coordination on defense.

French President Emmanuel Macron has caused a stir ahead of this week’s NATO meetingafter he said in early November that “what we are currently experiencing is the brain death of Nato.”

Speaking to The Economist magazine, Macron cited the US failure to consult NATO before pulling out of Syria as a reason for his comment, and also questioned NATO’s validity. He argued that Europe should focus on its own defense alliance, although German Chancellor Angela Merkel believes the continent is too weak “for now” to defend itself.

Speaking to lawmakers last week, Merkel said that “we rely on this trans-Atlantic alliance, and that is why it is right for us to work for this alliance and take on more responsibility.”

IISS’s Raine told CNBC that the short-term priority for the alliance “must be to get NATO’s public messaging back on track.”

“That includes the presentation of an alliance that is militarily more capable than ever before, and that is adapting to the evolving security threats its members face, not at the expense of its traditional focus but in addition to it, “she said.

The NATO secretary general will be hoping for summit headlines that focus attention away from the state of NATO’s brain, Raine said, “and towards admiration for NATO’s muscles, by highlighting the range and depth of NATO’s op erational commitments and capabilities. “

NATO was set up in 1949 as a military alliance between 10 European countries, the US and Canada “to promote cooperation among its members and to guard their freedom,” the alliance says, “within the context of countering the threat posed at the time by the Soviet Union.”

Seventy years on, and after several decades of relatively good relations and cooperation, NATO’s relations with Russia are tense.

This comes after Moscow’s 2014 annexation of Crimea and its role in a pro-Russian uprising in eastern Ukraine. NATO says that the channels of communication remain open with Russia but that “Russia’s destabilizing actions and policies go beyond Ukraine” citing its “provocative military activities near NATO’s borders stretching from the Baltic to the Black Sea.”

It has also cited its “irresponsible and aggressive nuclear rhetoric,” its support for the regime in Syria as well as the UK nerve agent attack which it said was “a clear breach of international norms.” NATO has said it supported the U.S. ‘ decision to withdraw from the 1987 Intermediate-Range Nuclear Forces Treaty in response to “Russia’s material breach.”

On Russia’s part, perhaps the most controversial NATO decision has been the decision to deploy NATO missile defense systems in Romania and Poland (although completion of this Aegis Ashore – a land-based missile defense system – site is delayed to 2020). Along with the deployment of thousands of NATO troops to the Baltic nations and Poland in the last few years, these developments appear to have served only to exacerbate tensions with Russia.

Russia has widely criticized the deployment of missile defense shields in its former backyard. The prospect of Ukraine and Georgia, both of which used to be part of the former USSR, joining NATO (and even potentially the European Union) is also an unsavory prospect for Moscow.

In September 2019, Russian Foreign Minister Sergey Lavrov said that “NATO approaching our borders is a threat to Russia.” That view was echoed by Russian President Vladimir Putin this month, when he told Russia’s Security Council that he was “seriously concerned about the NATO infrastructure approaching our borders, as well as the attempts to militarize outer space.”

Questions over NATO’s future are bound to dominate this year coverage of the meeting. Asked if NATO remained relevant, IISS ‘Raine replied with an emphatic “yes.”

“NATO’s responses to persistent and aggressive destabilizing actions by Russia have ensured the relevance of the alliance as the cornerstone of European security. The irony is that whilst NATO has become military more relevant, political debate within the alliance has become more fractious, “she said.

” It is political deficiencies, not military deficiencies that are now threatening the future relevance of the alliance. “ 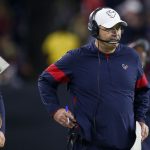 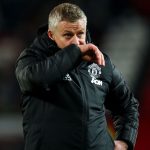