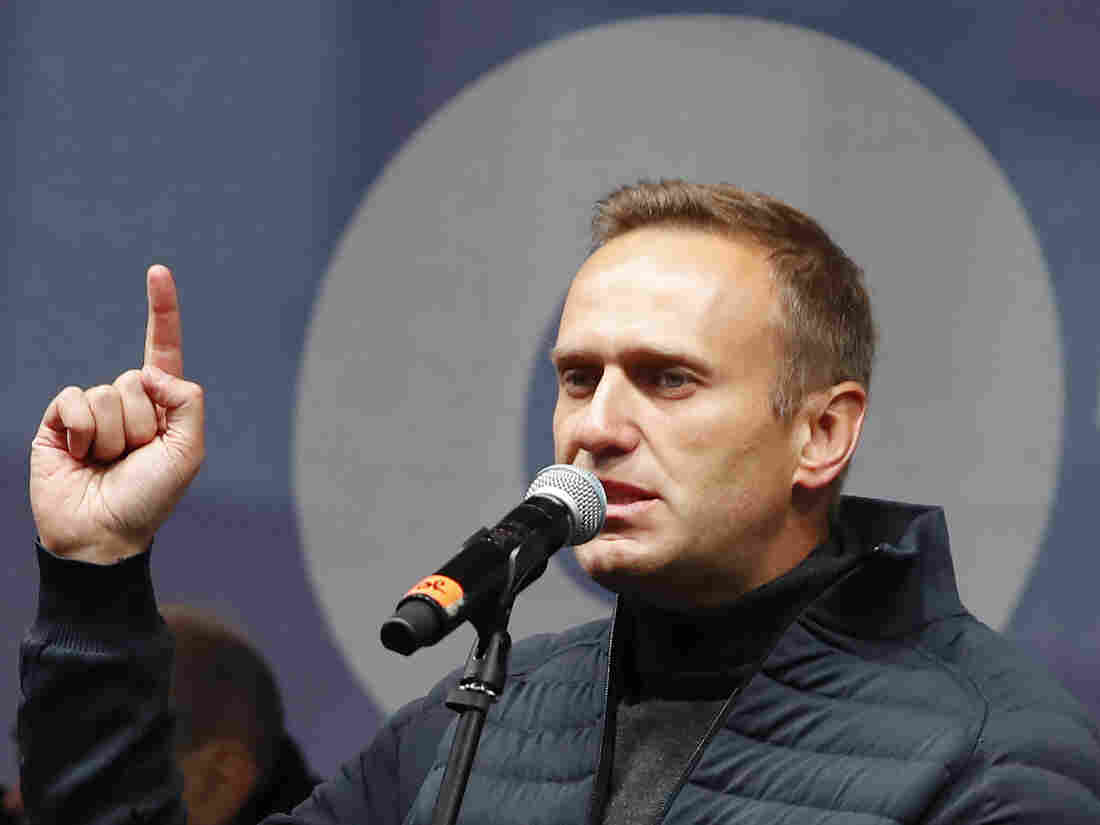 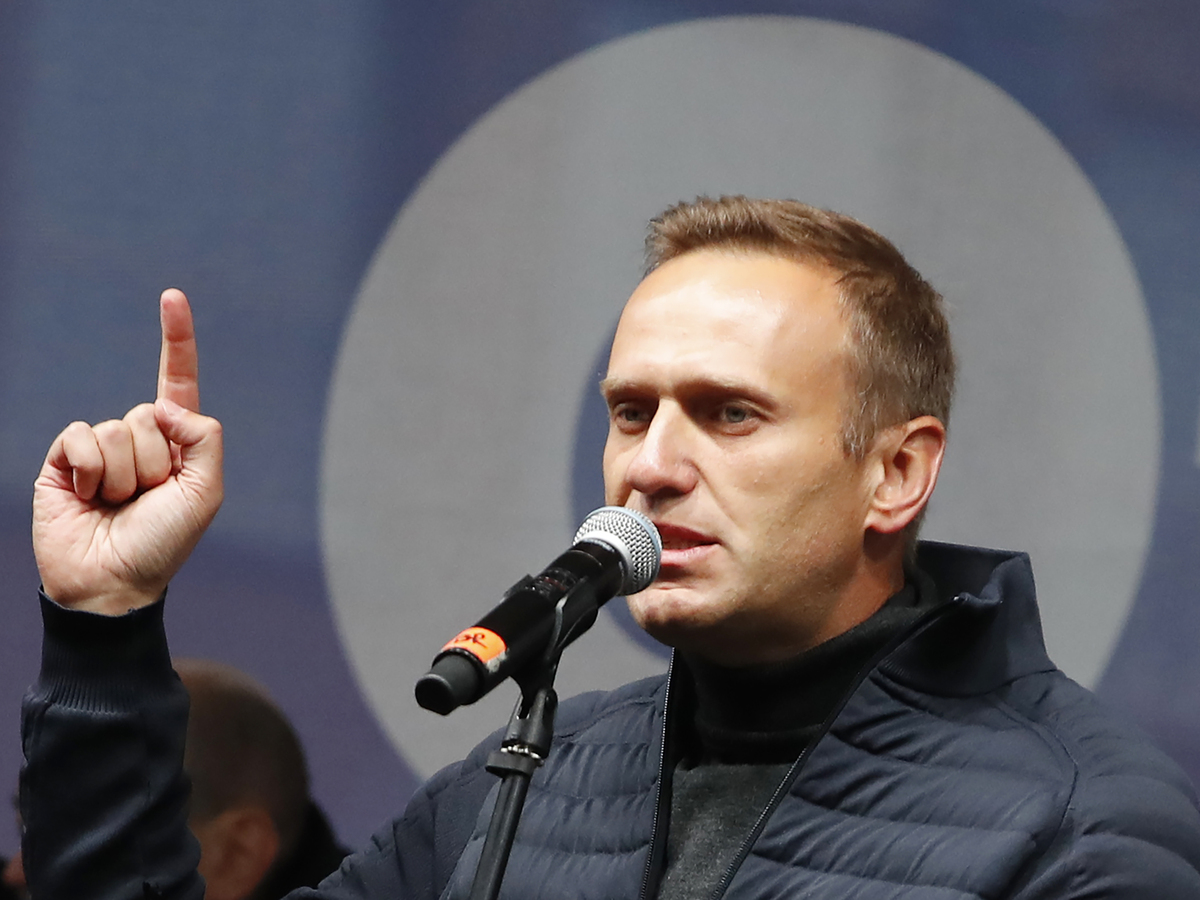 Russian opposition politicianAlexei Navalnysits on a beige couch in his Moscow apartment, clasps his hands and closes his eyes.

“I want to get into the prosecutor’s apartment,” he says over and over, as blue smoke rises from the floor. There’s a loud “zing” – and suddenly Navalny finds himself more than 1, 000 miles away, sitting on the couch of a rental vacation home overlooking the picturesque coast of Montenegro.

The gag occurs in the opening minutes ofa video that Navalny posted this week,which garnered almost 2.5 million views in its first three days on YouTube. The half-hour investigation alleges that exclusive properties in Montenegro and Spain can be traced to the new prosecutor of the city of Moscow.

Navalny is a master of social media. The 43 – year-old lawyer, Russia’s most vocal opponent of President Vladimir Putin, rose to prominence as a Kremlin critic through his blog.He used his YouTube channelto get out the word about his quixotic campaign to unseat Putin last year, before being barred from running. Now he routinely posts investigations of the unexplained, untold wealth of government officials.

His most popular video, on Prime Minister Dmitry Medvedev, has accumulated more than 32 million views since it was posted in 2017 – and is still on YouTube in defiance of a Russian court order to take it down.Navalny’s investigationlinking hotels in Austria to a powerful Moscow politician precededthe pro-Kremlin councilman’s defeatin a September election.

Navalny’s latest target is Denis Popov, whom Putin appointed as Moscow’s chief prosecutor in September. Earlier in his career, Popov prosecuted three members of the performance art group Pussy Riot for their 2012 “punk prayer” in Moscow’s main cathedral. Currently Popov is leadinga crackdown following anti-government demonstrationsthis summer that were the biggest in years.

Navalny has recently come under increasing pressure from the government for supporting the summer protests. He and some of his allies are being fined for damages allegedly incurred during the demonstrations. In October, law enforcement raided the homes and offices of employees of Navalny’s (Anti-Corruption Foundation) in citiesacross Russia. Authorities accuse the crowd-funded foundation of money laundering and have branded it a “foreign agent.”

In this week’s investigation, titled “The Secret Life of a Foreign Agent, “Navalny tries to show that Moscow’s chief prosecutor is the one with the real foreign interests.

In the video, Navalny says the original tip-off about the vacation apartments in Montenegro came from inside the Moscow prosecutor’s office. Cross-referencing local property records with social media posts made by members of Popov’s family, Navalny then locates a luxurious townhouse in southern Spain, registered to Popov’s ex-wife.

Navalny uses a drone to film the properties that he alleges are connected to the prosecutor, including an estate in Moscow’s most elite suburb and a fishing resort on the Volga River. According to Navalny, Popov’s undeclared foreign real estate is worth more than $ 3.5 million, while he claims the prosecutor’s official salary is less than $ 12, 000 per year.

“Before such appointments, very thorough checks are made of all information,”Dmitry Peskov, Putin’s spokesman, told reporters after the YouTube video went up.“The appointment is an indication that no violations of relevant legislation were found.”

Tatiana Stanovaya, a Russian political analyst, says the Kremlin has no choice but to stick with its man.

“Tough times are ahead for Navalny, and the opposition in general, because we see the government tactics becoming more rigid and uncompromising, “she says.

Despite his success on social media, Navalny is not a household name in Russia, in large part because television, controlled by the state, is the main source of news.

A pollconducted last month byMoscow’s independent Levada Centerfound that only 9% of respondents have a positive view of Navalny, while 25% are negative and 31% neutral or indifferent. Another 31% don’t even know what he does.

The reason Putin doesn’t just lock up Navalny for good is that doing so would make him a hero and raise his popularity among ordinary Russians, according to Stanovaya. So far, Navalny isn’t dangerous for the Kremlin, she says.

“The best scenario for the Kremlin would be for Navalny to go into exile,” says Stanovaya. “They’re betting that by making life so difficult for him, he will be forced to leave out of the desire to preserve his family and security.”

But Navalny has vowed to stay in Russia and keep fighting the regime. His younger brother, Oleg,served more than three years in prisonfor a criminal conviction that Navalny says was intended to pressure him out of politics.

Navalny has already followed up on his video on the Moscow prosecutor. Ina three-page letter, he asks Putin to fire Popov and bring him to justice.