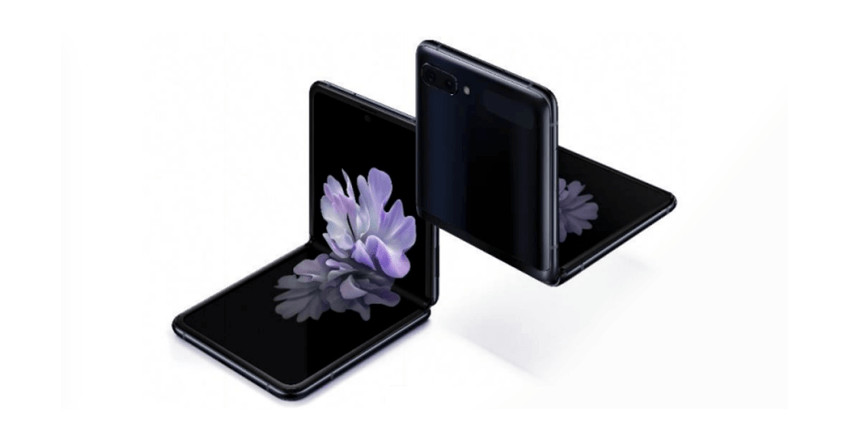 Later today, Samsung will officially announce a new folding phone, the Galaxy Z Flip. We know this because many, many details have leaked about it. Also because Samsung itself decided to just show off the whole damn phone and several details about its workings during the Academy Awards. It just up and aired a Galaxy Z Flip commercial before it even announced the phone

Samsung always goes hard at the Oscars, so it’s no surprise that it aired an ad this year. I was not expecting such a full reveal of its folding flip phone, though!

Expecting anyone to be surprised at a phone event is no longer a viable strategy, given how everything leaks. So Samsung just took a page out of Google’s 189009 playbook and started revealing details itself. But, as with Google’s coy photos leading up to the Pixel 4 unveil, Samsung’s decision to air an ad showing (though not naming) the Z Flip raises the stakes on a situation where the stakes were already pretty high.

This isn’t the first time Samsung has released a folding phone, you know? I mean I know, because I reviewed the Galaxy Fold not once, but twice . That’s because the first phone broke within a day of unboxing it – and not because I did anything wrong to it. Samsung cancelled the original launch, reworked the device, and released it later.

That sort of thing can’t happen again to Samsung – or rather, it had better be damn sure it won’t. The stakes for Samsung are so obvious I hardly need to lay them out. It survived the reputational hit from the exploding Note 7 in

. It survived the less-dramatic but nevertheless very embarrassing Fold debacle . If it has a third high profile phone fiasco in five years, people might start noticing.

The Z Flip also might be one of the last chances folding phones are going to have to really prove they could be a mainstream product sometime soon and not just weird curios for the rich and tech-obsessed. That’s what the Galaxy Fold is and it’s obvious obvious that’s what the Motorola Razr will be too.

Spoiler alert: I’m using a Razr and I can tell you that the state of folding phones right now is bumpy – literally, the

screen is bumpy and Motorola says that this is normal

. It also says the creaking noise the hinge makes is also normal. Here’s a statement on that from a Motorola spokesperson:

when folding and unfolding razr , you may hear a sound, which is intrinsic to the mechanical movement of the phone. razr has undergone rigorous durability testing, and the reported sounds in no way affect the quality of the product.

For the record, I think Motorola and I have different views on what should be included when considering the quality of the product.

Anyway, every folding phone I’ve used to date has shared the following qualities:

A very, very brief moment in Samsung’s Academy Awards teaser ad for the Z Flip shows the gap when closed.    But With the fragile screen, the rumor is Samsung has finally figured out a way to use glass instead of plastic. Likely it will need to be so thin and flexible that it won’t solve the durability problem in one fell swoop, but it should help some.

I’m also optimistic for the software on the Z Flip, if only because there’s less for Samsung to do. When it’s open, it’s just going to be an Android phone running Samsung’s very nice One UI 2 software. When it’s closed, there will just be a tiny little screen – literally not enough space to make major mistakes (I hope).

It is the last bullet that has me paying attention despite my deep skepticism of the price, value, and durability of foldables right now. The best part of using the Galaxy Fold was that it forced me to be more intentional with my phone usage. When it was folded out as a tablet, I used it like a tablet. When it was folded down into a phone, I used it as little as possible (because it was bad in that shape).

Can the flip phone form factor do something similar? Will slapping the thing closed mean I’m less likely to check Instagram and Twitter so often? Will it stop feeling like an inviting, time-sucking television screen in my pocket and more like … a phone?

I have no idea, but that’s why I’m looking forward to the launch. Samsung just needs to fix – or at minimum mitigate – some of the problems that have plagued previous foldables. Only then will we be able to find out if this flip phone thing actually is something we want.

Until then, there’s one thing I do think the form factor is good for: fitting in smaller pockets.

A programming note: I have referred to this newsletter as “mostly daily” from time to time and I apologize for unexpectedly making good on that joke last Friday. Going forward I’ll endeavor to at least send out the linklist after busy days – and over the next month or two we’ll bring on some guests to write from time to time.

(More to expect at Samsung Unpacked) (┏) (Samsung Galaxy S) (event: what to expect from the February th event

Here’s a roundup of everything we think we’ll see today.

┏ (Samsung Unpacked) event: all of the latest rumors, news, and more

. This is our Storystream for the whole event, and it will emphasize the big stories. If you only click one link after Samsung’s event, make it this one.

(Galaxy Home Mini caught on video ahead of rumored Wednesday release) . Why isn’t Samsung just briefly mentioning this with a press release on the launch day of its phones? If it’s trying to bury the speaker without actually killing it entirely, that’s how I’d do it. Releasing it a day after the Unpacked event is just weird. Then again, weird is how Samsung do.

Fashion edition Galaxy Z Flip leaks in weirdo promo . I am not going to lie the first minute and seconds of this video is extremely my shit, but then I go hard for brutalism, symmetry, and slightly off-putting depictions of the Kafkaesque nightmare that is modern life. Samsung and Thom Browne would like us all to think that a folding phone will get us out of all of that, but I doubt it. (Samsung’s Galaxy S) is a make-or-break moment for 5G . (Chaim Gartenberg on what the Galaxy S) needs to do to be successful. These are going to be the first widely-released, mainstream 5G phones. Samsung (and the carriers) best not screw it up or it will mark consumer’s attitude toward 5G for years to come. (The Motorola razr’s rough launch) Things have not been going well for the Motorola Razr. I have been using a Razr since Thursday – review coming this week. All I’ll say here is that if you have anything in particular you’d like to know, email me. (┏) Motorola Razr fold test shows it could fail in less than months of regular use , but Motorola stands by it and created what it calls the

. (┏) Trying to buy the new Motorola Razr on its ‘release date’ was a frustrating failure

. Both myself and Chris Welch spent much of the launch day trying to track one down (without preorders, which first shipped early then shipped delayed). We were unsuccessful. It is enough to make me wonder how real the Feb 6th launch date really was. Stores being out of stock is no big deal for a big launch, but Verizon employees at multiple stores clearly had not been giving any meaningful information about the phone.

(┏) () Motorola confirms a gold-colored Razr is coming this spring

. They should have gone with pink! ┏ The Moto G Stylus and G Power make Motorola’s best budget phones even better . This isn’t a razr story, but instead a story of two other phones Motorola launched last week. Chaim Gartenberg and Becca Farsace trekked to Chicago for the launch and though we only have a day’s worth of knowledge, they both look good. Motorola has been almost exclusively making lower-end phones for awhile now and has gotten really skilled at it. It’s kind of a bummer that these two were overshadowed by the razr ridicule. Coronavirus . ┏

. Looks pretty good, but call me when it ships.

()) Microsoft’s Surface Duo appears in the wild in new video . I have to say, my main takeaway from this is that the design of it is going to feel less impressive in late than other phones. Sure, it will be elegant in some ways, but the bezels on it seem out of touch with what has been happening on mobile for some time now. (┏) Leaked images appear to show the LG V 1200 ThinQ’s four cameras and a big battery . LG apparently Last Guys to make a flagship phone with a headphone jack. LG has decided not to go to Mobile World Congress in Barcelona later this month, which is probably going to hurt this phone’s chances – and given the way LG’s mobile division has been performing lately, it can’t really afford that. (┏) Xiaomi shows off Mi phone design, confirms February th launch date () More from The Verge

. Julia Alexander pointed this out to me and now I can’t stop thinking about it: all these ads are actually about impending doom. The pitch, so far as I can tell, is that the cold embrace of death is coming for us all and quite soon, but you can pass the time with some short videos before oblivion envelops you – subscribe to Quibi.

() (┏) Designing a more friendly Fortnite with food, puns, and no in-app purchases

. My goal in life is now to make a “pun so powerful it derailed everything.”

… two days before CEO Simon Davis was set to fly to California to iron out the details [with Apple], someone on the team came up with a pun so powerful it derailed everything. That pun was “butter royale,” and it got the studio thinking about ways to make the ever-popular battle royale genre more approachable 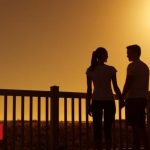 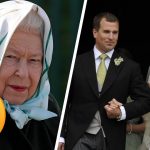