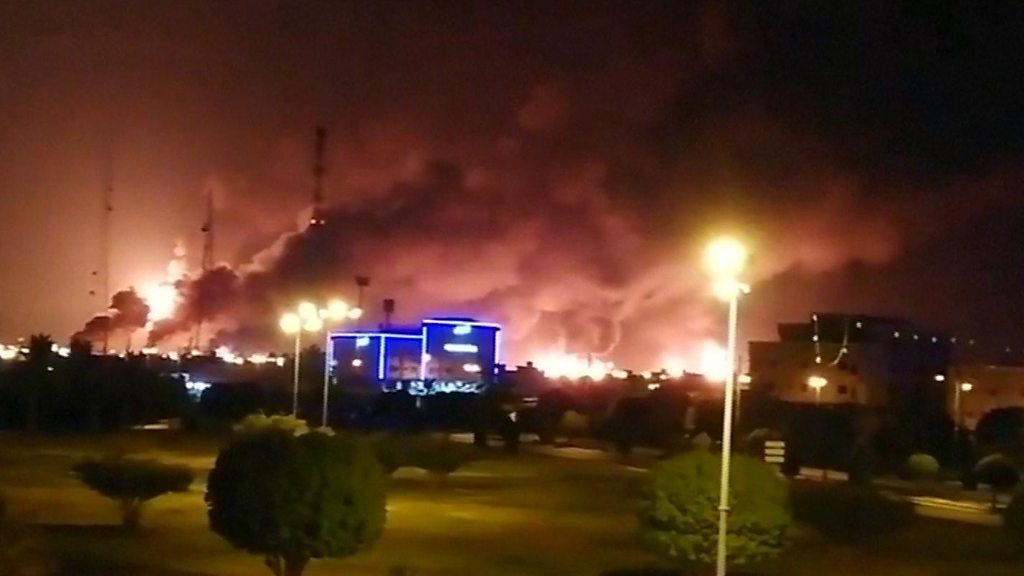 ) A second drone attack also started fires in the Khurais oilfield to the west. The fires are now under control at both facilities, state media said.

Iran-aligned Houthi fighters in Yemen have been blamed for previous attacks.

However, the Saudi media reports did not say who could be behind the latest attacks.

“At 04: 00 (0100 GMT) , the industrial security teams of Aramco started dealing with fires at two of its facilities in Abqaiq and Khurais as a result of … drones, “the official Saudi Press Agency reported.

“The two fires have been controlled.”

Abqaiq is about 60 km (37 miles) south-west of Dhahran in Saudi Arabia’s Eastern Province, while Khurais, some 200 km further south-west, has the country second largest oilfield.

Saudi security forces foiled an attempt by al-Qaeda to attack the Abqaiq facility with suicide bombers in 2006.

Who could be behind the attacks?

Houthi fighters were blamed for drone attacks on the Shaybah natural gas liquefaction facility last month and on other oil facilities in May.

The Iran-aligned rebel movement is fighting the Yemeni government and a Saudi-led coalition.

However, there are other sources of tension in the region, often stemming from the rivalry between Saudi Arabia and Iran.

Saudi Arabia and the US both blamed Iran for attacks in the Gulf on two oil tankers in June and July, allegations Tehran denied.

In May, four tankers, two of them Saudi-flagged , were damaged by explosions within the UAE’s territorial waters in the Gulf of Oman.

Tension in the vital shipping lanes worsened when Iran shot down a US surveillance drone over the Strait of Hormuz in June, leading a month later tothe Pentagon announcing the deployment of US troops to Saudi Arabia. 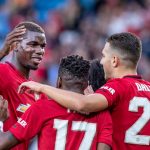 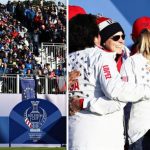