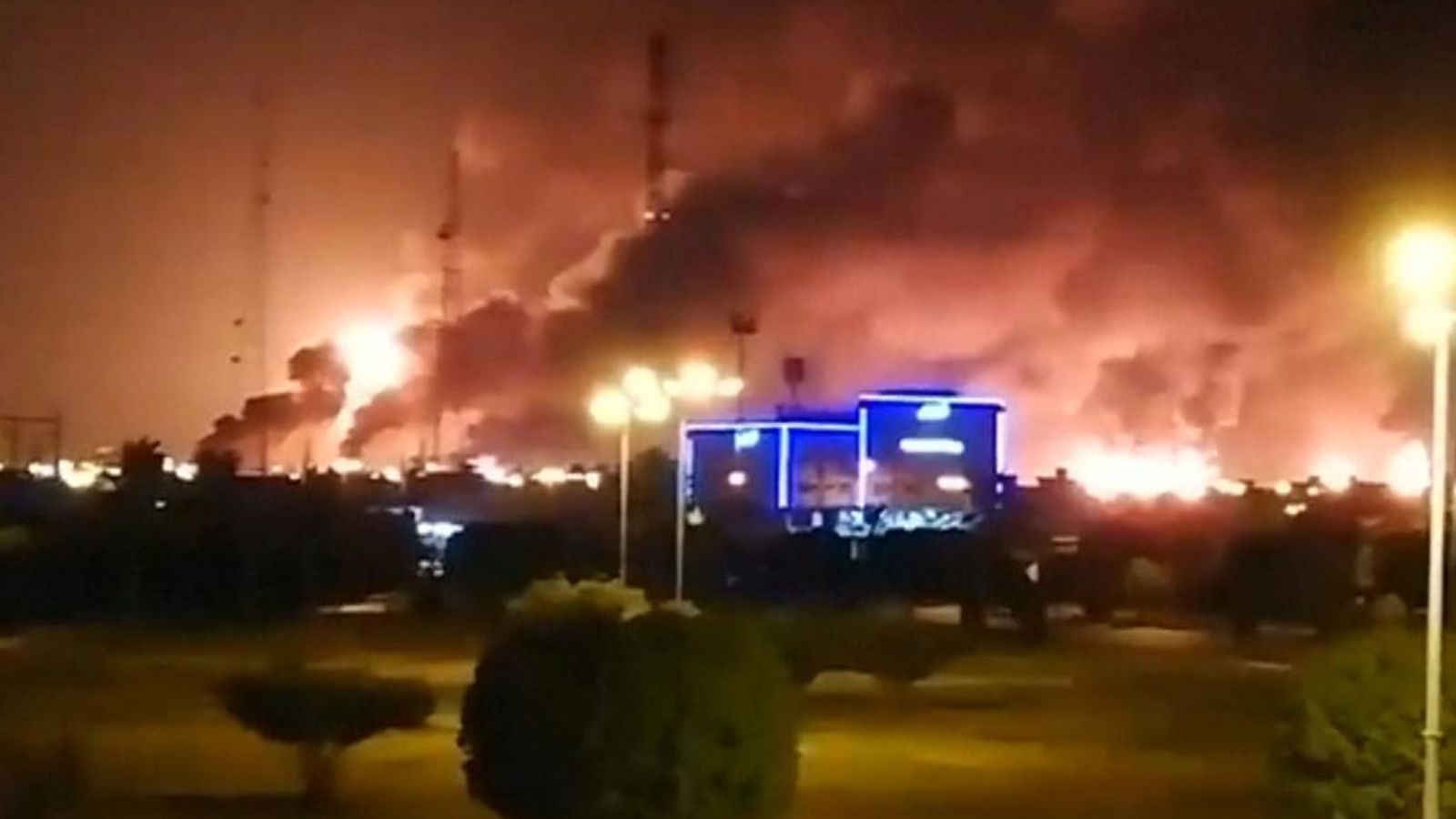 Oil prices have fallen after an initial spike following a drone attack on Saudi Arabia’s oil facilities, as finger pointing continues over who was responsible.

Global prices surged nearly 20% following the bombing of two oil plants, before dropping around 10% when markets calmed in reaction to Donald Trump’s suggestion that America’s stockpile could be used if required.

Yemen’s Houthi rebels, who are backed by Iran, say they are responsible and have warned of more strikes.

However, Saudi Arabia and the US have accused Iran of being behind the attacks on the Abqaiq facility and the Khurais oil field in the early hours of Saturday.

His comments were echoed by the US ambassador to the United Nations, who told the security council that information “indicates that responsibility lies with Iran” and there was no evidence the attack came from Yemen.

Iran has denied it is to blame.

Its president, Hassan Rouhani, told a news conference: “Yemeni people are exercising their legitimate right of defense … the attacks were a reciprocal response to aggression against Yemen for years.”

It comes as Iranian news agency INSA also reported that the country’s Revolutionary Guards hadseized a ship in the Gulf for allegedly smuggling dieselto the United Arab Emirates.

Iran and Saudi Arabia are locked in a long-standing power struggle in the region.

Saudi Arabia is leading a coalition, which includes the UAE, in a war against the Houthi rebels in Yemen. It is often described as a proxy war between Saudi Arabia and Iran.

The strike on Saudi Aramco’s main processing facility has cut its production of crude oil by 5.7 million barrels a day – more than half its daily exports and more than 5% of the world’s daily production.

The oil market’s confidence was knocked by how easy it appeared to be to attack and damage the Saudi facilities.

It remains unclear how long it will take to carry out repairs, with some suggesting it could take months.

The country has stockpiles that will enable it to meet its export commitments in coming weeks . However it took some action to clamp down on supplies, including shutting down its pipeline to Bahrain.

US President Donald Trump helped calm markets when he said oil from America’s emergency fuel storage would be released if needed.

He tweeted: “We don’t need Middle Eastern Oil & Gas, & in fact have very few tankers there, but will help our Allies!”

He also said the US was “locked and loaded” and that he is unwilling to meet Iran, who he re-imposed sanctions on last year after pulling out of a landmark nuclear deal. ) The president went on to accuse Iran of lying over its involvement, tweeting: “Remember when Iran shot down a drone, saying knowingly that it was in their ‘airspace’ when, in fact, it was nowhere close.

“They stuck strongly to that story knowing that it was a very big lie.

Because we have done so well with Energy over the last few years (thank you, Mr. President!), we are a net Energy Exporter, & now the Number One Energy Producer in the World. We don’t need Middle Eastern Oil & Gas, & in fact have very few tankers there, but will help our Allies!

“Now they say that they had nothing to do with the attack on Saudi Arabia. We’ll see?”

Senior US officials said satellite images and other intelligence showed the strike was inconsistent with one launched from Yemen, where the Houthis are based, and suggested instead that it came from Iran or Iraq.

Iraq has denied the attack originated from their territory.

Dominic Raab, the UK foreign secretary, told Sky News: “The attack on the installations was a wanton violation of international law.

“It’s despicable and we stand firmly in support of our Saudi partners and other international players who are outraged.

” The picture is not entirely clear, we are working it up, and before I talk about who is responsible and the implications I want to have a very clear picture, which we will be getting shortly. “

Russia’s foreign ministry expressed” grave concern “and said it condemned attacks on vital infrastructure or any action that could disrupt global energy supplies.

However, Moscow warned against putting the blame on Iran and said military retaliation would be unacceptable.

Saudi neighbor Qatar also condemned the attacks, despite being on the receiving end of a Saudi boycott. 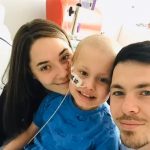 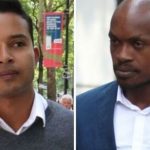