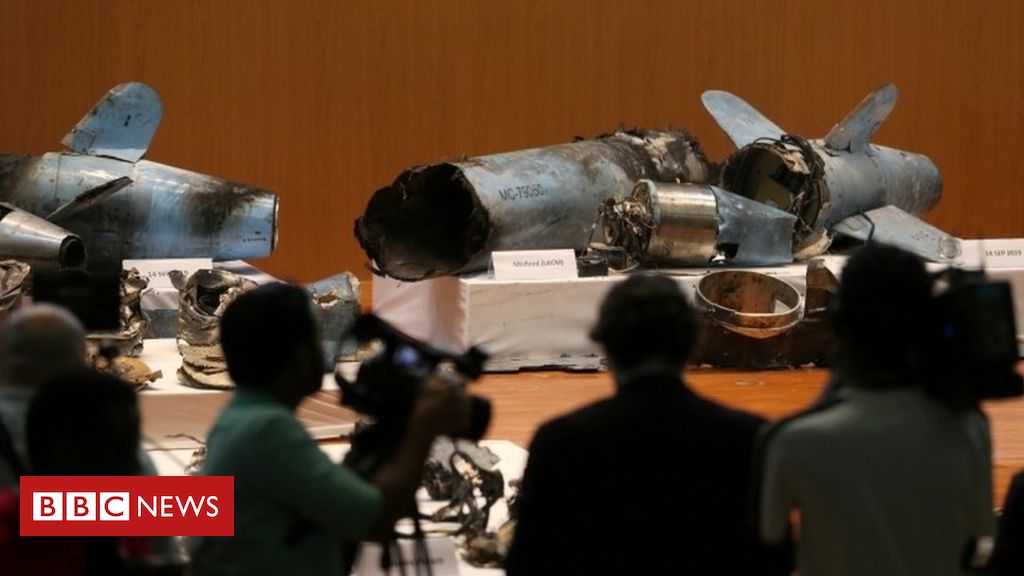 Saudi Arabia’s defense ministry has shown off what it says is wreckage of drones and cruise missiles that proves Iranian involvement in weekend attacks on two oil facilities.

It said 18 drones and seven cruise missiles were fired from a direction that ruled out Yemen as a source.

Yemen’s Iran-aligned Houthi rebels had said they were behind the attacks.

Iran has denied any involvement and warned it would retaliate against any attack that targeted it.

The US has stood by its accusation that Iran was behind the attacks. Secretary of State Mike Pompeo said after arriving in Saudi Arabia on Wednesday that it was an “act of war”.

What’s in the Saudi findings?

The evidence was presented at a defense ministry press briefing, where debris from the drone (UAV) and missile attacks was laid out.

Defense ministry spokesman Col Turki al-Malki said the evidence showed the attacks were launched from the north and They were “unquestionably sponsored by Iran”.

However, Col Malki said the Saudis were still “working to know exactly the launch point”.

Among the debris was what was said to be a delta wing of an Iranian UAV (unmanned aerial vehicle).

He said that 18 UAVs had been fired at the Abqaiq oil facility and seven cruise missiles had been launched at both targets. Four cruise missiles struck the Khurais oilfield and the other three fell short of Abqaiq.

Col Malki said the missiles that struck had all come from a northerly direction. He showed video of one UAV hitting Abqaiq, along with maps and photographs of the damage.

He said of the Khurais attack that the “precision impact of the cruise missiles indicate advanced capability beyond the Iran proxy’s [Houthi rebel force’s] capacity “.

Col Malki said details of the launch points could not yet be given, but once they had been determined they would be announced.

He said: “Despite Iran’s best efforts to make it appear so, their collaboration with their proxy in the region to create this false narrative is clear.”

He called the attacks “an assault on the international community… Those responsible should be held accountable for their actions”.

The Saudi military briefing, for all its charts and assembled wreckage, had little to say about the essential question. Were the weapons used in the attacks against the Saudi oil installations actually fired from Iranian soil?

All we got was a cryptic statement that they came from the north . There were more details of the weapons themselves: some 25 in all, a mix of UAVs and cruise missiles – the latter identified as the Iranian-built Ya-Ali. Iran was implicated as being deeply involved in the whole affair but that was it. The *** investigations are continuing.

Off the record, US officials seem already convinced of Iran direct involvement. So what is going on here? It is the Saudis who seem to be setting the pace. Is this an attempt to give sufficient time to assemble a watertight case against Tehran? Or is this more crisis management – stringing things out in the hope that escalation can be avoided?

How has Iran responded?

There has been no official response to the briefing so far.

The Irna news agency earlier reported that Iran had sent a diplomatic note saying; “If any action takes place against Iran, the action will be faced by Iran answer immediately.”

Reuters news agency quoted an adviser to Iran president as saying the briefing showed Saudi Arabia “knows nothing” about the attacks.

A spokesman for Yemen’s Houthi rebels said the satellite imagery had been fabricated and that the damage to the *** facilities had been played down.

Military spokesman Brig-Gen Yahya Sarea stressed again that the Houthis were behind the attacks, and detailed the type and ranges of the missiles and drones they could deploy.

What are the next moves?

The US has already made clear it believes Iran was behind the attacks, but President Donald Trump has shown himself generally reluctant to become involved in military responses .

Before the Saudi briefing took place, Mr Trump announced he had instructed the Treasury to “substantially increase US sanctions” against Iran following the attacks.

The scope of any new sanctions was not immediately made clear. The current sanctions are already wide-ranging, aimed at reducing Iran oil exports and crippling its economy.

What’s the background to all this?

Abqaiq – run by the Saudi state oil company, Aramco – and the Khurais oilfield were hit in the early hours of Saturday.

The Houthis have repeatedly launched rockets, missiles and drones at populated areas in Saudi Arabia. They are in conflict with a Saudi-led coalition which backs a president who the rebels had forced to flee when the Yemeni conflict escalated in March 2015.

Iran is the regional rival of Saudi Arabia and an opponent of the US, which pulled out of a treaty aimed at limiting Tehran’s nuclear program after Mr Trump took power.

The US said Iran was behind attacks on two oil tankers in the Gulf in June and July, as well as on another four in May. Tehran rejected the accusations in both cases. 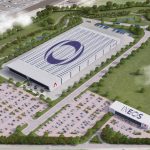 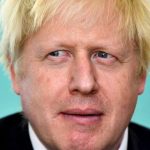