Earth’s mantle, not core, may have generated magnetic field: Study – Pune Mirror, The Times of India 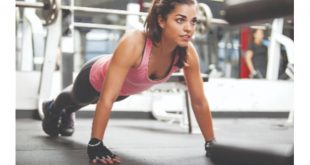 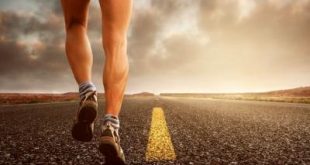 Exercise after 60 can reduce chances of heart disease – The Asian Age, Asianage.com


Researchers have identified a

that may be responsible for many of the benefits of a good workout, an advance that could eventually help combat muscle wasting due to ageing and other causes. The study, published in the journal

, analyzed a class of naturally occurring protein called Sestrin, and found that it can mimic many of exercise’s effects in flies and mice.

“Researchers have previously observed that Sestrin accumulates in muscle following exercise,” said Myungjin Kim, a research assistant professor at the University of Michigan in the US.

The team wanted to know more about the protein’s apparent link to exercise. Their first step was to encourage a bunch of flies to work out.

Taking advantage of Drosophila flies’ normal instinct to climb up and out of a test tube, their collaborators from

in the US developed a type of fly treadmill.

The team trained the flies for three weeks and compared the running and flying ability of normal flies with that of flies bred to lack the ability to make Sestrin.

“Flies can usually run around four to six hours at this point and the normal flies’ abilities improved over that period. The flies without Sestrin did not improve with exercise,” said Professor

When the researchers overexpressed Sestrin in the muscles of normal flies, essentially maxing out their Sestrin levels, they found those flies had abilities above and beyond the trained flies, even without exercise.

Flies with overexpressed Sestrin did not develop more endurance when exercised.

The beneficial effects of Sestrin include more than just improved endurance.

“We propose that Sestrin can coordinate these biological activities by turning on or off different metabolic pathways. This kind of combined effect is important for producing exercise’s effects,” said Lee.

The researchers demonstrated that muscle-specific Sestrin can also help prevent atrophy in a muscle that’s immobilized, such as the type that occurs when a limb is in a cast for a long period of time.

“This is very critical for future study and could lead to a treatment for people who cannot exercise,” said Kim. AGENCIES 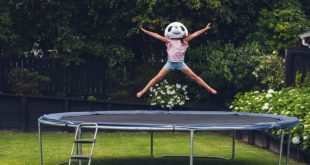 Trampoline mirror may push laser pulse through fabric of the Universe, Ars Technica

No timey wimey stuff involved — Simply changing a mirror may allow physicists to poke a hole in the universe. Chris Lee - Sep 14, 2019 12:30 pm UTC Enlarge / Pictured: Definitely not a possible universe-altering fancy trampoline.Nazar Abbas Photography / Getty ImagesScientists want to rip the Universe apart. At least that is what…