Indian stocks opened lower today amid a selloff in global markets. The Sensex was down over 100 points to 40, 567 while Nifty traded near 11, 950. Yes Bank was among the top losers in the Sensex pack, down about 4%.

Shares of Yes Bank have come under strong selling pressure in past few sessions. The bank on Friday said eight investors led by Erwin Singh Braich have evinced interest to pump $ 2 billion into the lender. But this has failed to impress the Street. The bank’s board will reconvene on December 10 to finalize and approve details of capital infusion, which will take place through preferential allotment, it informed the exchanges.

After weeks of broad optimism that the US and China are close to a partial agreement, Donald Trump on Tuesday said he could be happy to wait until after next year elections. )

The comments sparked a selloff in global markets, with Wall Street falling over 1% overnight. Asian markets were also lower today. Investors were already on edge after the US reimposed stiff tariffs on Argentina and Brazil citing currency manipulation, then threatened to hammer France with 100% levies over the country digital tax.

US Commerce Secretary Wilbur Ross had also warned that more tariffs on Chinese goods planned for December 15 would be imposed if the first phase of trade talks was not completed by then.

The Reserve Bank of India will tomorrow announce its monetary policy and many analysts expect the central bank to go for another cut to boost growth.(With Agency Inputs) 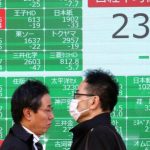