The market extended sharp selling pressure for second consecutive day and wiped out all previous week’s gains with the Sensex falling more than 670 points. The Nifty breached 10, 850 levels after six trading sessions and turned negative for 2019.

The broader markets were also caught in the bear trap with the Nifty Midcap and Smallcap indices losing a percent each.

“Given the current scenario, we expect the markets would remain volatile in the near term,” Ajit Mishra Vice President – Research at Religare Broking said .

Here are five factors that weighed down the market:

On September 14, two Saudi Aramco plants at the heart of the kingdom’s oil industry, including the world’s biggest petroleum processing facility were attacked by drones

The attack on the two plants – Abqaiq oil processing facility and Khurais oil field – resulted in a temporary shortage of 5.7 million barrels per day which is 5 percent of the global crude supply, or 50 percent, of the kingdom’s oil output.

US has blamed Iran for the attack, which was claimed by Iranian-backed Houthi rebels in Yemen, but Iran has deni ed US ‘charge.

The drone attack hit 5 percent of world oil production . As a result, crude oil prices rose nearly 20 percent in a day to near $ 72 a barrel intraday on Monday, though it erased some gains later in the day.

Brent crude futures, the international benchmark for oil prices, traded around $ 69 a barrel, which is still looked like elevated levels for a country like India that imports more than 85 percent of oil requirement.

Hence it will have direct impact on corporates as well including oil retailers, paint, tire companies etc.

“The sharp surge in crude oil prices has definitely impacted sentiments as it has an Going forward, investors would keep a close watch on geo-political developments as any further escalation could take oil prices even higher and it would be detrimental for Indian markets and economy, “Mishra said.

The Indian rupee also weakened sharply since the beginning of the week, falling 96 paise in two straight sessions and moving towards Rs 72 against the US dollar amid rising demand for the greenback vis-a-vis other currencies overseas and concerns over soaring crude prices following drone attacks on Saudi Arabia’s oil facilities .

Forex traders said the drone attacks on Saudi Arabia’s oil facilities have enthused demand for safe heaven assets like the US dollar.

“The recent attack on Saudi Arabia’s largest oil processing pla nt has sent oil prices shooting up. If production is not resumed soon, such a rise could hurt the global economy as consumer costs will also go up. This will definitely affect India, where the economy is already stressed, “said Pushkar Mukewar, Co-Founder and Co-CEO of Drip Capital, a US & India based trade finance firm.

Mukewar further said that the rupee is likely to remain volatile.

Caution Ahead of FOMC Meet

Global markets also turned cautious ahead of the two-day meeting of Federal Open Market Committee, a committee within the Federal Reserve System, which will begin on September 17 and the interest rate decision will be announced on September 18.

Most experts feel the Fed may cut interest rate by 25 bps but the commentary would be key to watch out for.

Last weekend, Fed Chairman did provide some hawkish comments. He gave a positive outlook on the economy, saying that the US economy is in a good shape and despite the uncertainties he does not expect a US recession.

Experts feel if the index closes below 10, 800 levels then there could be further downside to August lows.

“The short term bearish potential holds true as long as the Nifty trades below 11, 180. The short term target on the downside will be the August low of 10, 637 with the potential to head lower, “Gaurav Ratnaparkhi, Senior Technical Analyst, Sharekhan by BNP Paribas said.Get access to India’s fastest growing financial subscriptions service Moneycontrol Pro for as little asRS 599 for first year. code “GETPRO”. Moneycontrol Pro offers you all the information you need for wealth creation including actionable investment ideas, independent research and insights & analysis For more information, check out the Moneycontrol website or mobile app. 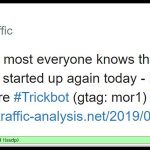 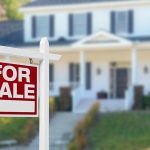