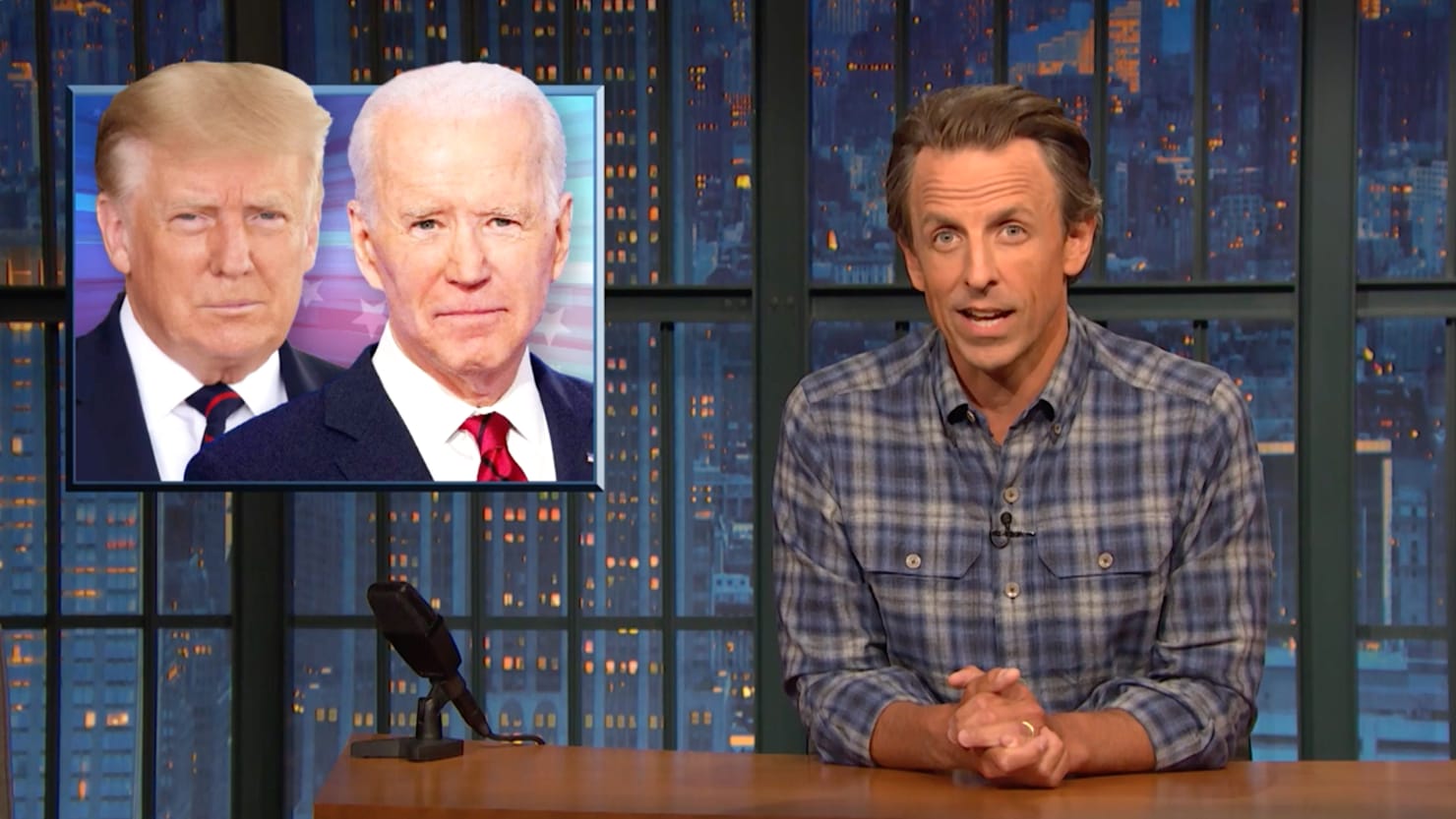 Seth Meyers found it “so cathartic” to see regular voters “put Trump in his place” during this week’s ABC Town Hall , especially because at this point it’s become exceedingly rare.

“That’s what happens when Trump steps outside his right-wing media bubble,” the Late Night host said. “Most of the time he surrounds himself with sycophants and yes men. So he’s rarely treated like the idiot blowhard he is. ” For instance, instead of interrupting him when he “calls into Fox & Friends and rambles for an hour,” Meyers said, “the hosts just sit there, staring blankly into the camera like they’re posing for passport photos.”

It was during Trump’s latest appearance on that show that he attempted to push the baseless conspiracy theory that His rival Joe Biden is taking some sort of performance-enhancing drugs.

“Trump and his supporters in right-wing media have also been desperate to make the presidential campaign a referendum on the candidates’ mental fitness,” Meyers explained later before showing viewers that clip. “I’m sorry, you think Biden is taking drugs?” he asked. “You sniffle like you just walked out of the bathroom in Studio 54.”

“So Trump wants you to think Joe Biden’s the one in cognitive decline and yet when Trump defended his lie that the coronavirus would just magically go away, he tried to claim that we would soon reach herd immunity, ”Meyers continued,“ which is a lie and also incredibly dangerous without a vaccine. And on top of that, he couldn’t seem to remember the term. ”

After then playing the clip of the president talking up the importance of “herd mentality,” the host joked, “If that’s the case, then I guess Trump supporters are already cured.”

“He meant to say herd immunity but couldn’t remember it,” Meyers said. “You know, if Joe Biden really is taking a magical drug that gives him clarity, then maybe you should try a little of that too. I mean, how much worse could it make you? Every time you do one of these insane interviews you sound like you just got done huffing asbestos. ”

For more, listen and subscribe to The Last Laugh podcast . 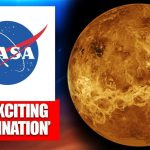 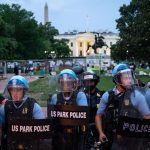