Maharashtra Governor Bhagat Singh Koshyari’s indication that the BJP should express its “willingness and ability” to form the government in the state was welcomed by the Shiv Sena today, with party leader Sanjay Raut saying that the decision follows laid-down procedure.

“At least the governor has begun the process of exploring government-formation options. The BJP is the single-largest party and the rightful claimant to form the government first,” news agency PTI quoted Mr Raut as saying. The underlying suggestion of his remark, however, was that it may have to do without the Shiv Sena’s support in the event of a floor test.

The BJP won 105 seats in the October 21 elections, while the majority mark in the 288 – member assembly is 145. The Shiv Sena – its ally – won 56 seats, but the two parties have been at loggerheads over the chief minister’s post ever since the results emerged. The Shiv Sena has since then sequestered its MLAs in a Mumbai resort to prevent the BJP from luring them away.

Meanwhile, Nawab Malik – the Mumbai unit of the Nationalist Congress Party (NCP) – suggested that his party may consider supporting a government led by the Shiv Sena if it opposes the BJP in the house. “If a BJP government is formed, the NCP will vote against the government on the floor of the House. We will see if the Shiv Sena votes against the BJP in the House to pull down the government, then we will consider supporting an alternate government led by the Shiv Sena, “he said, adding that the party as called a meeting of its 54 MLAs on November 12 to discuss the political situation.

However, NCP chief Sharad Pawar has ruled out any possibility of allying with Uddhav Thackeray’s party. “People have told us to sit in the Opposition. We have 54 , you can’t form government with that, “he had said on Wednesday, adding that the Congress and the NCP have a” consistent stand “on the Shiv Sena.

(With inputs from Agencies) 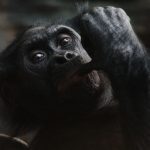 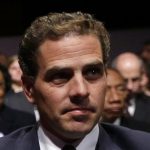