According to NASA, the differences in color between the two images indicate that the surface of the glacier has melted. (NASA) *********

Press your panic button because Greenland glaciers, which were once covered with snow and ice, are starting to look increasingly barren. The NASA has released of satellite images that captured the stark transformation of glaciers that feed into the Sermilik Fjord, comparing the area’s formerly ice-covered surface from 50 years ago to today’s decidedly rockier appearance today.

“There’s a lot more bare rock visible now, which used to be covered with ice,” said Christopher Shuman, a glaciologist with the University of Maryland.

“And all these little glaciers are all getting slammed, as well as the bigger ones like Helheim, Fenris and Midgard. There are scores of examples of change just in this one area. ”

According to the National Snow and Ice Data Center, around 90 per cent of the surface of Greenland’s ice sheet melted at some point between July 30 and August 2, during which time an estimated 55 billion tons of ice melted into the ocean.

The NASA satellite images taken from Landsat 8 satellite on August 12, 2019, show the glaciers appearing brownish gray in color, confirming the retreat of ice fronts. NASA says that the color indicates the melted surface– a process that concentrates dust and rock particles and leads to a darker recrystallized ice sheet surface.

According to NASA, the Helheim Glacier, one of the largest and fastest flowing of its kind in Greenland, has retreated around 4.7 miles or 7.5 kilometers as visible in Landsat images taken at 50 years of interval. Similarly, the Midgard Glacier has retreated around 10 miles or 16 kilometers, splitting into two branches farther up the fjord. 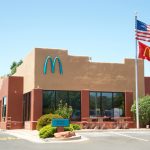 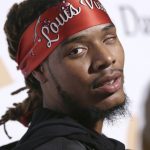