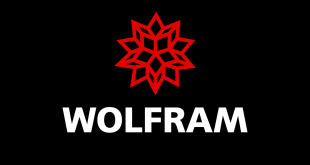 WolframScript enables Wolfram Language code to be run from any terminal, Hacker News

I’m pleased to announce that Terminal Phase , a space shooter game you can play in your terminal, has achieved version 1.0 . The game is completely playable and is a fun game (well, at least a number of playtesters told me they thought it was fun). It includes two levels (one of which is more balanced than the other), and more content is on its way (1.0 isn’t the end!). You can see it being played above in cool-retro-term but it works in all sorts of terminals, including gnome-terminal and etc.

I also released a video recently ( archive.org mirror ) of me doing a live playtest of the game and also showing off how to make new levels and program new enemies (which serves as kind of an introduction, but probably not the best one, to Spritely Goblins ).

Terminal Phase was actually a reward for hitting the $ / mo milestone on my Patreon account , which we achieved a little over a week ago . I aimed to get 1.0 out the door by midnight on Wednesday but I actually released it a couple of hours later, closer to 2: 30 am, because I was trying to make the credits look cool:

I think I succeeded, right? Maybe you would like your name in there; you can still do so by Selecting a tier on my Patreon account . I released the game as FOSS, so whether you donate or not, you can still reap the benefits. But I figure making the credits look cool and putting peoples’ names in there would be a good way of making people feel motivated. And there are more releases on the way; I’ll be adding to this now and then and releasing more stuff sometimes. In fact you may notice the cool parallax scrolling starfield in the gif at the top of this post; I added that

after 1.0 . I guess it’s a bit sneaky to put that on top of a post labeled 1.0, but the good news is that this means that 1.1 is not far away, which will include some new enemies (maybe a boss?), new levels, and yes, parallax starfields (and maybe your name in the credits if it isn’t already).

Anyway, enough self-shilling; Let’s talk more about the game itself. Terminal Phase really had a number of goals:

Fun. Games are fun, and making them is (well, mostly) fun and     interesting.     And I feel like the FOSS world could use more fun.

Fundraising. I do a lot of work to enrich the commons; funding     That stuff can be brutally hard, and obviously this was a     fundraising tactic.

A litmus test. I wanted to see, “Do people care about funding FOSS     games, in particular? Does this matter to people? “My suspicion     is that there is an interest, even if niche, and that seems to have     been validated. Great. Pushing the medium of interactive terminal-based / ascii art     content. Probably because it’s a retro area, it’s not really one     where we see a lot of new content. We see a lot more     terminal-based turn-based games, most notably roguelikes; why not     more live action stuff? (Note that I have done other projects     I did this year in this same vein.)

Thanking seek. I had this Patreon account and that’s great that     People were being generous, but I felt like it would be nice to     have something that felt quasi-tactile, like you got something     visible back from it. I hope people feel like that succeeded.

But most importantly, advancing Spritely Goblins . Terminal Phase     It is a program to demonstrate and test how well about half of what     Goblins does works well, namely transactional object interactions.

I feel like all of those were a success, but I really want to write more about that last one. Except, well, I already have in some detail , and maybe I ‘ d repeat myself. But I’ll say that developing Terminal Phase has made me dramatically more confident that the core parts of Spritely Goblins work well and make sense. That’s good, and I can say that without a bunch of hand-waving; I built something that feels nice to use and to program.

That lets me move forward with solidifying and documenting what I have and focusing on the next layer: the asynchronous programming and distributed networked objects layers. The former of those two exists, the latter of those needs work, but both will be tested in a similar way soon; I plan on building some highly interactive demos to show off their ideas.

Anyway, I hope you enjoy the game, and thank you to everyone who donated and made it possible! Again, I plan to release more soon, including new levels, new enemies, boss battles, and yes, even some powerups. And if you like the game, consider becoming a supporter if you aren’t already!

Now back to working on Spritely Goblins itself …

If you’re someone like me who habitually clears their terminal, sometimes you want a little excitement in your life. Here is a way to do just that. Percent Chance for command to run This post revolves around the idea of giving a command a percent chance of running. While the topic at hand is not…