20 – year-old right-handed batsman Shubman Gill made his way into the record books when he walked out to lead India C in the 47 th Deodhar Trophy final against India B on Monday at the JKCA International Complex in Ranchi.

Gill, however, could not make the occasion more special by scoring a big one. He was dismissed for 1 by Mohammad Siraj when slapped it straight to cover. Batting first, India B notched up 283 for 7 riding on a fighting 86 – run knock by Kedar Jadhav. For India C, Bengal pacer Ishan Porel picked up five wickets for 43 runs in his 10 overs.

Shubman Gill has been in fantastic form with the bat of late. After having a productive series against South Africa A scoring 187 runs in 2 First-class games, Gill slammed a superb 143 in his first match of the Deodhar Trophy against India A to lead his side to victory.

Gill was a part of India’s Test squad for the three-match series against South Africa, which the Virat Kolhi-led side won 3-0. But Gill did not get a game. 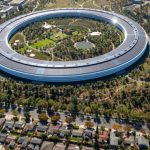 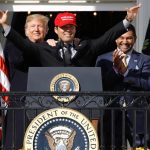