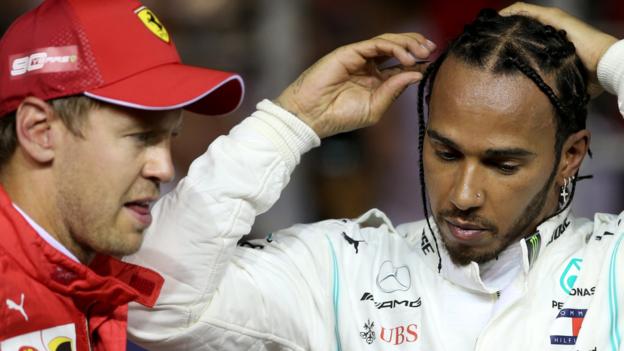 Charles Leclerc, Lewis Hamilton and Sebastian Vettel staged one of the best qualifying battles of the year at the Singapore Grand Prix – and then united in their condemnation of a controversial proposal aimed at spicing up the Formula 1 show in 2020 At a track where Ferrari were expected to struggle – even by themselves –Leclerc was on spectacular form to grab polefrom under team-mate Vettel’s nose, with a time out of reach of Hamilton, who also pipped the German at the death.

In the news conference after qualifying, the three were asked about an idea from Formula 1 to run some reverse-grid races next year, as a trial for a possibly wider introduction in 2021.

There has not been agreement on any one single approach, but among the ideas is for a shorter race on Saturdays with the grid set from reversing either the result of qualifying or world championship positions. The result of this race would then decide the grid for the grand prix proper on Sunday.

Current thinking is to trial this at a small number of races next year – perhaps three or four – and then take a view as to whether it should be introduced more widely in 2021.

If it happens, though, it is clear that it will not have the support of the sport’s biggest names.

Leclerc, Hamilton and Vettel were asked about the idea after qualifying.

Hamilton said: “I don ‘t know what to say about it. The people who proposed that don’t know what they are talking about. “

Vettel said it was just a quick fix, saying : “We know that if we want to improve things it is very clear we need to string the field more together, (and) we need to have better racing. It is just a plaster.

“I don’t know which genius came up with it but it is not the solution. It is the completely wrong approach. “

Hamilton laughed and said:” You said it better than me. “

A few minutes later, Red Bull’s Max Verstappen said it was “nonsense” and a “stupid idea”.

Some of the teams don’t seem that keen either. Mercedes F1 boss Toto Wolff said: “It’s good the drivers have a strong opinion on these things. We don’t want to appear uncooperative if new ideas are being brought up.

“My opinion is we have a really strong weekend format, which is qualifying and the grand prix, as the main event on Sunday, and we should be very careful with experimenting with audiences of hundreds of millions throughout the season.”

The idea has come out of wide-ranging discussions over the future of the sport involving teams, governing body the FIA ​​and the F1 Group.

A major revamp is being planned for 2021, with the introduction of a budget cap, revisions to technical rules and a more equitable distribution of prize money.

Changes are also being proposed to sporting regulations in an attempt to ensure F1 remains attractive to younger audiences – and this is one of the ideas being discussed.

Restricting teams’ budg ets to $ 175 ma year – with a number of exceptions for salaries of drivers and the three best-paid executives, and marketing and sponsorship budgets – has already been confirmed.

But all the other changes for 2021 – including changes to the cars to close up the grids and make racing easier – remain up for discussion, and it is far from clear where the sport will land.

The boy’s a bit special

Leclerc and the rest of the Ferrari team came to Singapore on the back of two consecutive wins, but expecting in the 21 – year-old’s words “a more difficult weekend”.

That view made sense, on the basis of their performance on tracks with similar characteristics so far this year.

So it was a surprise – to them and everyone else – to see Leclerc on pole and Vettel third, and Hamilton having to dig really deep to split them in his Mercedes.

Hamilton appeared as shocked as anyone else. “I don’t know where they have picked up their pace,” he said.

The answer was in aerodynamics. Ferrari came to Singapore with a major upgrade package, including a new front wing, nose, floor and rear wing, and it has made a massive difference to a car that has struggled for grip in corners all year.

Friday went as expected – with Ferrari nearly a second off the pace. But with some overnight analysis they got themselves sorted out with the new package. Leclerc was flying from the off, and by qualifying, Vettel was also in on the act.

Leclerc looked the quicker of the two until final qualifying, when his first run did not go well because he was too close behind Hamilton and Vettel pulled out a stonker.

But positions were reversed on second runs. Vettel made mistakes. And while so did Leclerc, he managed to hold it together and leapfrog ahead.

It was a stunning achievement under extreme pressure, and perhaps the best qualifying performance so far from a man who looks better and better the longer the season goes on.

“I gave it all on the second lap,” he said. “There were quite a few mistakes and I felt (I would go) in the wall a few times but it was a very good lap.”

As for Ferrari’s pace, Leclerc said he was “very surprised – even though we knew there was a lot to come, we did not expect to challenge Mercedes and Red Bull.”

It sets up an intriguing race. Mercedes’ long-run pace in Friday practice was way ahead of Ferrari’s, but the Italian team have improved their car since then. And so Hamilton starts second, splitting the Ferraris, with Max Verstappen’s unexpectedly less-than-competitive Red Bull fourth.

The Singapore Grand Prix is ​​notoriously long and demanding. It runs for close to the two-hour time limit, and it can be a slow-burner, with people measuring tire life in the early laps, before the action hots up close to the pit stops, and the strong possibility of a crash and safety car at some point.

The last two races have devolved down to Hamilton versus Leclerc, but this one is hard to call.

Beyond that, if Ferrari’s pace is not a one-off on a track that can be a bit of an outlier, then it is all to play for over the remaining races this year. And Hamilton must be glad he built up such an imposing lead in the first half of the season.

The 2020 grid is almost complete following the latest round of driver-market developments this weekend. And the man in risk of being left standing when the music stops is Nico Hulkenberg.

Haas announced on Thursday that they had decided to retain Romain Grosjean alongside Kevin Magnussenrather than take Hulkenberg.And the German, who is being replaced at Renault next year by Frenchman Esteban Ocon, now looks to be relying on Alfa Romeo for a seat.

But it is far from certain he will get one there.

Kimi Raikkonen is under contract, and while team boss Frederic Vasseur is said by insiders to want to take Hulkenberg as his team-mate, it may not be his decision.

The incumbent is Italian Antonio Giovinazzi, who has been quick but erratic in his debut season. The problem with Giovinazzi is clear from a glance at the championship table – Raikkonen has 31 points and his partner only three.

Vasseur says he wants the team to score more points. But Giovinazzi is in the team because he is a Ferrari young driver, and the affiliated Fiat group provide significant financial backing – hence the team’s name of Alfa Romeo.

What is not entirely clear is whether the second drive there is a “Ferrari seat”, in the sense of they can dictate who gets it, or is the situation is blurrier than that? Vasseur said: “We’ll have a discussion.”

So Hulkenberg’s chances of staying in F1 rest on what Ferrari think about Giovinazzi and how much they see him as a potential future driver for them.

There is theoretically a seat available at Williams, following Robert Kubica’s announcement that he will leave the team at the end of the year. But Williams need sponsorship income from their second driver alongside George Russell, and that drive is expected to go to well-heeled Canadian Nicholas Latifi, their reserve, who is racing in Formula 2 this year.

As for Kubica, the word is that he will move to Racing Point as a third / reserve driver.

Team owner Lawrence Stroll, the Canadian billionaire who saved what was known as Force India from financial collapse in the summer of 2018, is going around telling other senior figures in F1 that the deal is already done, although Racing Point were unable to confirm it. 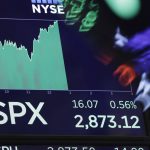